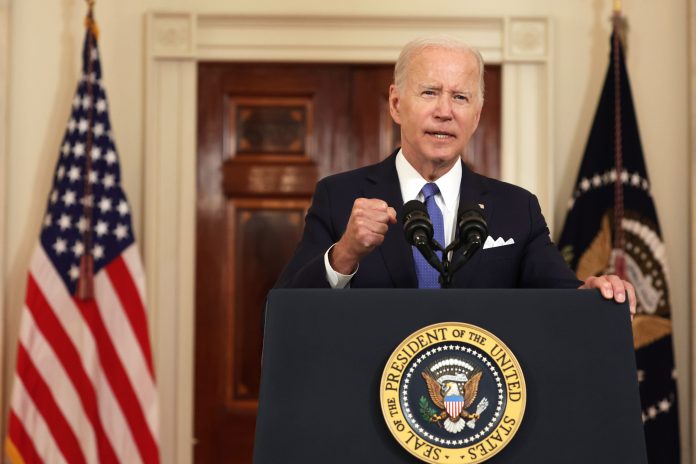 “Time is of the essence, lives will be saved,” Biden said in remarks alongside first lady Jill Biden before the signing.

The president talked about meeting the families of victims of mass shootings all over the U.S., and the families of those killed in shootings that happen all the time in America that we often don’t hear about.

“Their message to us was: Do something. For God’s sake, just do something. Well, today, we did,” he said.

“While this bill doesn’t do everything I want, it does include actions I’ve long called for that will save lives,” Biden said.

Tune in as I sign into law S. 2938, the Bipartisan Safer Communities Act, and deliver remarks on reducing gun violence and saving lives. https://t.co/evfofKN84e

The bill is the product of weeks of negotiations led by Murphy and Sen. John Cornyn (R-Texas). Biden’s signing comes after the Senate voted for it on Thursday and the House of Representatives approved it on Friday.

It comes amid renewed pressure on Congress to do something about gun control after a gunman killed 19 children and two adults at a school in Uvalde, Texas, on May 24.

The bill doesn’t include restrictions that gun control advocates have been seeking for years, such as raising the minimum age to purchase semi-automatic rifles to 21, or bans on assault weapons.

But gun control groups did welcome the action as the first comprehensive gun violence prevention bill in 30 years. “The Senate’s action today is a clear signal that the old politics around gun safety are over,” the Brady group said in a statement when the bill cleared the Senate.

While the gun control measures are welcomed by many, the bill comes after the Supreme Court on Thursday struck down a New York gun control law in a major ruling that expands the reach of the Second Amendment.