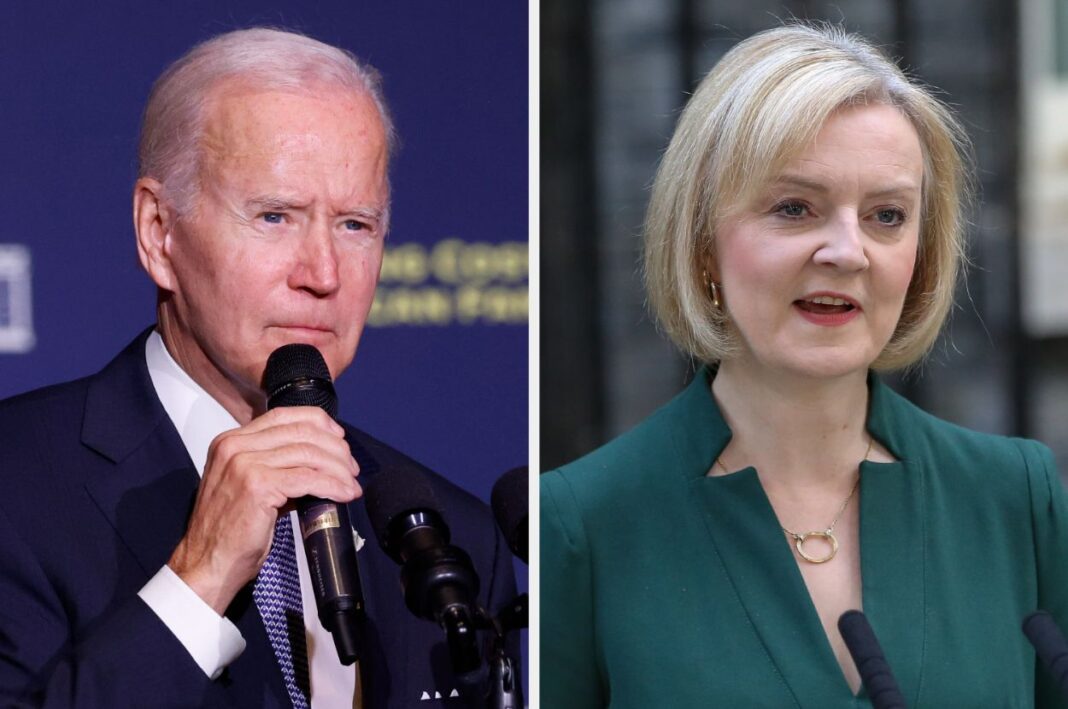 The turmoil that followed the announcement of her “mini-budget,” which included $50 billion worth of unfunded tax cuts, triggered a fall in the value of the pound, increased the country’s borrowing costs and led to the downfall of Truss’ government.

Before ultimately resigning, Truss was forced to U-turn on her policy and fired her treasury chief, Kwasi Kwarteng.

Biden pointed to the botched economic plan as evidence that cutting taxes for the rich doesn’t work, during a virtual appearance at a campaign event for Democratic Rep. Cindy Axne (Iowa).

“You read about what happened in England recently, and the last prime minister, she wanted to cut taxes for the super wealthy — it caused economic chaos in the country,” Biden said, according to The Hill.

Biden warned Republicans would introduce further tax cuts if they win back the House, which in turn would put upward pressure on inflation — a major concern for voters.

“Well, that’s what they did last time, and they want to do it again,” Biden said.

This is not the first time Biden has criticized Truss’ economic agenda.

During a trip to Oregon earlier this month, the president called the plan “a mistake,” adding that he disagreed with the policy of cutting taxes for the wealthy.

Joe Biden on fate of Liz Truss’s economic plan: “It was predictable.. I wasn’t the only one who thought it was a mistake.. the idea of cutting taxes for the super-wealthy.. I disagree with that policy but it’s up to Britain to make that judgement, not me.”pic.twitter.com/ruNvZRHT8P

Truss made history as the shortest-serving British prime minister ever. She was replaced Tuesday by Rishi Sunak, the first person of color to lead the country.