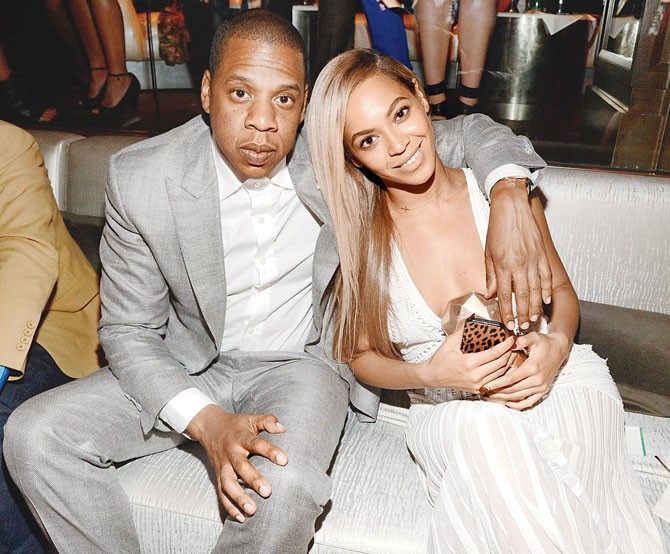 Introducing Sir and Rumi Carter into the world!

Beyoncé debuted her twins in an Instagram post on her twins’ 1-month birthdays. The Grammy winning artist shared a photo that is similarly styled to her pregnancy announcement earlier this year, complete with a floral crown and lace underwear, while holding her newborns in her arms.

This marks the very first time that the world has seen Jay-Z and Bey’s twin baby girl and boy. The Carter duo was born on June 13 in Los Angeles while surrounded by close family.

Bey’s major Instagram announcement came on the heels of her out on the town with Jay while the two attended a listening party in honor of Vic Mensa‘s debut album The Autobiography—out July 28)—at Mack Sennett Studios. According to an eyewitness, the mother of three was dressed in an all-white ensemble while she mingled with guests.

Earlier today, E! News reported that the proud parents to Rumi and Sir were spotted grabbing a bite to eat at Malibu hot spot Nobu alongside her hubby.

An eyewitness told us that the power couple was surrounded by multiple security personnel when they showed up to the scene in separate Escalades at around 8 p.m.

According to our insider, security arrived first to check the parking lot, then the 4:44 rapper exited the car. Beyoncé arrived in a second Escalade flanked by two separate security guards.

The A-listers left the sushi spot nearly three hours later, again in separate cars, the source adds. A total of 10 security guards were present to ensure the Bey and Jay could enjoy their evening out with the utmost privacy.

Rumi and Sir mark the world-famous couple’s third child together as they are parents to Blue Ivy Carter, 5.

Congratulations once again to the new family of five!