Ben Higgins Reacts to Bachelor in Paradise Scandal, Reflects on His Relationship With Show Producers 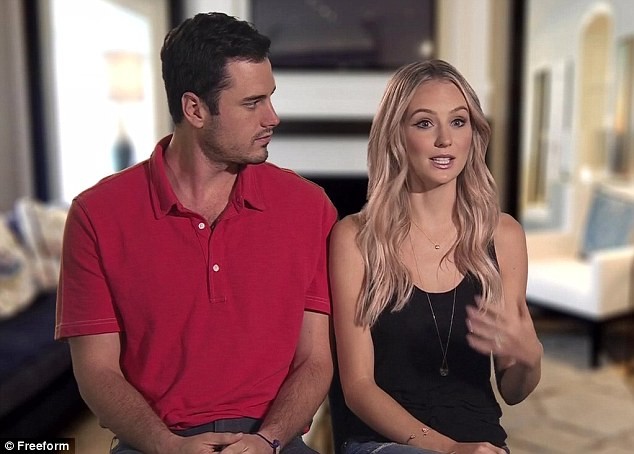 Members of Bachelor Nation continue to share their experiences in the franchise in the wake of Bachelor in Paradise‘s latest scandal.

On an “emergency” episode of their iHeartRadio podcast, Ben Higgins and Ashley “I” Iaconetti were quick to dispel rumors of how much control producers have over contestants.

“I was never forced into anything. I was talked through as a friend in situations. If I was confused, they would sit with me and allow me to speak my mind and help me process,” Ben shared on Ben & Ashley “Almost Famous.” “Yes, there is producing that is done. It’s a show! There are situations that happen that they need to get something out of, but it’s never a forced situation.”

He added, “The Bachelor and Bachelorette has been around for 15 years. It is a well-oiled machine. The format of the show really hasn’t changed.”

This past Sunday, Warner Bros. confirmed that filming had stopped for the new season of Bachelor in Paradise.

“We have become aware of allegations of misconduct on the set of Bachelor in Paradise in Mexico,” the statement read. “We have suspended production and we are conducting a thorough investigation of these allegations. Once the investigation is complete, we will take appropriate responsive action.”

And while the investigation continues, Ashley explained on the podcast that during her seasons of The Bachelor and Bachelor in Paradise, she never saw “anything happen that should’ve been stopped that I thought was morally wrong.”

In a statement to E! News, host Chris Harrison assures fans that the safety and care of the cast and crew is “of the utmost importance.” He also explained to viewers that Warner Bros. is continuing their thorough investigation.

“They’re moving quickly to gather all the facts, and once that’s done, a clear concise decision can be made about where we go from here,” he said. “There are a lot of competing details in the various press accounts of the incident. And there’s a lot of misinformation out there too. We urge everyone to be patient until the investigation is complete.”

For now, ABC still plans to film Bachelor in Paradise alumni Evan Bass and Carly Waddell‘s wedding. As for how this scandal will affect the franchise later on, it’s far too soon to tell.

“I think as we continue to get more information, it’ll be interesting to see how the franchise handles this, because either way, however this plays out from this point forward, if the worst accusations that are being made are true, or if maybe all of the rumors being spread aren’t true, this will have a ripple effect on the franchise,” Ben explained. “We might not foresee it in the near future, but the show will be affected.”