Before things turn deadly: What can be done to prevent domestic homicide 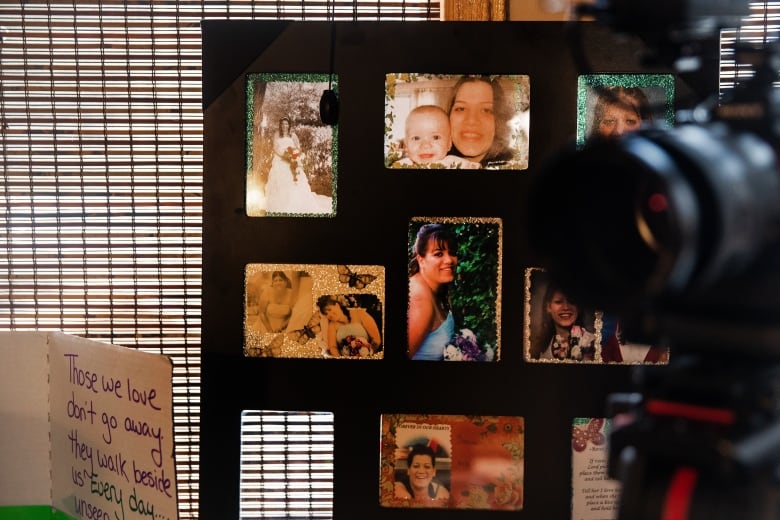 The living room is dark orange and smells like vanilla, from the candle flickering on the table. On the couch, a teenage girl and a bespectacled 10-year-old boy play with a big, ginger cat named Wrangler.

It looks like an ordinary Saturday afternoon at Grandma’s house, but for them, this has become home.

Their mother is in this room. She laughs from framed photographs, sticking her tongue out with her arms around a friend, cheek-to-cheek with one of the babies she would never see grow into an adult.

Physically, Nichole Clifford is also present. Her ashes are in a wooden box engraved with gold, on a table beside the couch.

She is one of hundreds killed in this country, overwhelmingly at the hands of men, over the last five years where the accused is someone the victim once trusted or loved. In this case, the man charged in her death was her husband and the father of her children.

Such deaths are harder to process, says Clifford’s mother, Delilah McKeith, not only because of all the what-ifs and should-haves that torment friends and families for years, but because of the possibility that  most of them could have been prevented.

CBC News gathered the details of close to 400 such cases in order to investigate what can be done.

We spoke with those who have lost loved ones, as well as experts in the field, to ask what they think could prevent others from experiencing such trauma in the future. Here is what they had to say.

There were warning signs in Clifford’s case. Her mother, Delilah, holds out a list of them written  in black ballpoint on a piece of lined paper: Stalking, withholding money and a vehicle for work, isolation from family and friends. Well-known hallmarks of abuse and control.

When Clifford eventually did leave, a month before she was killed, her husband’s behaviour escalated to the point that it warranted criminal charges.

He broke into her home multiple times, on one occasion hiding under a bed. Police also laid criminal harassment charges, which were later dropped. 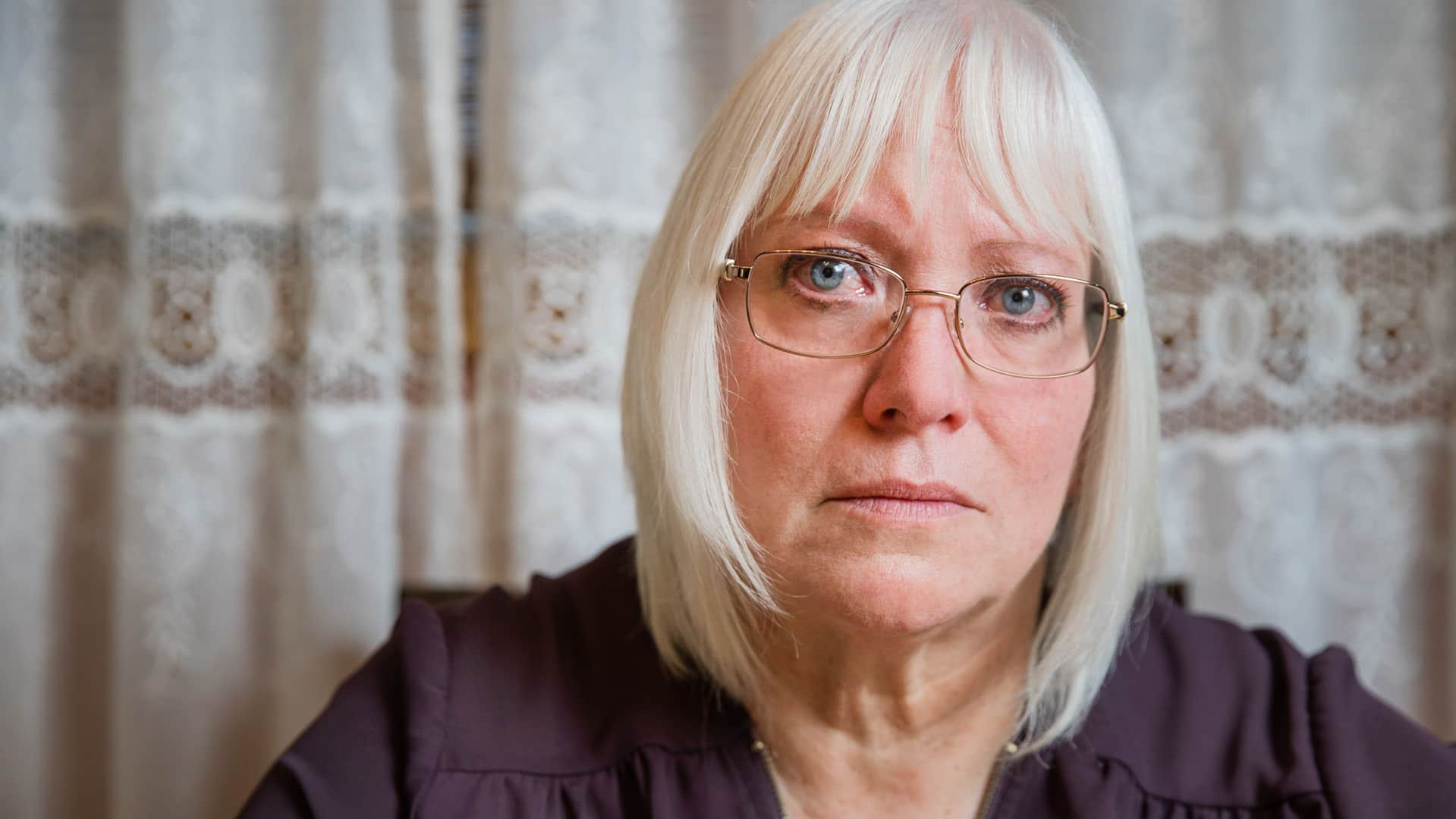 ‘She wanted to take care of it herself’

Delilah McKeith talks about watching her daughter’s personality disappear — and the guilt that she feels for not doing more. 1:36

Nichole applied for and received a restraining order that was supposed to keep him away from her. He was arrested, convicted of breaching that order and then released.

Closer monitoring of those accused

Delilah McKeith believes police should do regular wellness checks on people like her daughter who report threats, harassment or controlling behavior to them, especially if that person has recently left or is planning to leave the relationship.

Police should also take anyone in immediate danger to a safe location, she added.

She believes when abusers breach conditions, bail should be high enough to keep them in custody, where they should have access to programs aimed at accountability and de-escalation.

Similar red flags were present in Daphné Huard-Boudreault’s relationship with her boyfriend in Mont-Saint-Hilaire, Que.

It was a moment of pride for her father, Éric Boudreault, who says he finally saw her come into her own and pursue her dreams of travelling and making a difference in the world.

“I saw it in her eyes — she was happy,” her father said. “She started going out to dinner with her friends.”

But in the days after the breakup Pratte-Lops continued to call Huard-Boudreault’s phone incessantly, forcing her to turn her phone off for days at a time. For days he stalked her, alternating between waiting outside her mother’s home in Otterburn Park and her father’s house 10 minutes away in Saint-Jean Baptiste.

The events of March 22, 2017 — one week after the break up — are described in detail in court documents.

Shortly before 5 a.m., the young woman woke to find that Pratte-Lops had broken into her car and waited for her there overnight, forcing her to drive with him to the convenience store where she worked. She called the police after he became aggressive and began shouting insults at her from outside the store.

At 5:40 a.m., officers arrived and spoke to Pratte-Lops, who was eventually allowed to leave after Huard-Boudreault declined to press charges.

“They had every reason to arrest him,” said her father. “He even stole her phone. He sequestered her in the car. He threatened her in front of the police officers.”

Boudreault says an 18-year-old, while legally an adult, doesn’t understand the significance of pressing charges, especially in vulnerable situations like Huard-Boudreault’s.

Later that day, Huard-Boudreault went to the police station to ask for help because Pratte-Lops was using her phone to send messages to her friends and family and had hacked her Facebook profile.

She wanted to go alone to pick up her phone and other belongings from Pratte-Lops’ apartment, but police insisted that they meet her there.

The police escort got to the apartment at 12:36 p.m. The officer was minutes too late.

Huard-Boudreault got there first. Pratte-Lops was waiting. He strangled and stabbed her to death.

Pratte-Lops was convicted of second-degree murder and sentenced to life in prison without eligibility of parole for 18 years.

Éric Boudreault believes police departments across the country should have experts in intimate partner violence available anytime a victim comes forward with warning signs like his daughter.

He says when Daphné showed up to the police station, an expert should have been there to walk her through the implications of pressing charges.

She should have been told they could take her to a shelter for protection. Boudreault says a new initiative by the Quebec government to order violent partners and people accused of domestic violence to wear an electronic tracking bracelet is a good start.

‘She was preyed upon. She was manipulated’

In the early haze of a new relationship, Brittney Newman at first thought her boyfriend’s overly attentive behavior was cute, her longtime friend Geri Dornford recalled.

But his control over her grew increasingly tighter.

“She wasn’t allowed to go outside,” Dornford said, adding that her friend’s skin grew noticeably paler as a result. “She was forbidden even to go to the window when she was at home by herself.”

The couple had two sons together and Newman converted to Islam for him.

“Then the clothing started to change. You know, she started to be made to cover up from head to toe.”

Newman, who lived in Mississauga, Ont., grew increasingly isolated from her family and friends. But her grandmother, Gabriele Newman, and Dornford kept the lines of communication open.

Keep in touch with those who may be in danger

Keeping in touch is one of the most important things people can do when friends or loved ones seem to disappear into a controlling relationship, said Dr. Jesmen Mendoza, a psychologist who works in post-secondary institutions with people who have committed gender-based violence in their relationships.

“I think it becomes really important to make sure that we keep those connections up with the people that are experiencing the harm, specifically because, you know, that kind of adds to their helplessness if they’re being isolated by their partners,” he said.

“The pandemic has certainly added to that or exacerbated that isolation even more.”

Over a period of several months, Donford helped Newman find a place in an emergency shelter and eventually, her own apartment.

That was when her life started to turn around, Dornford said.

But because Newman, then 25, was trying to finish school and take care of two children, one with special needs, finances were tight. Newman had to keep seeing her former partner to collect child support payments, which he would only give her in cash, Dornford said.

“That’s what they hold over you. They dangle that like a freaking carrot to a rabbit,” she said.

Newman was stabbed to death in February 2020. Her former partner, Abdiljibar Mahamoud, is charged with second-degree murder in her death.

“And where are we now?” Dornford asks. “We’re going to mourn her for the rest of our lives.”

Give victims the means to leave

When asked what could be done to help those in Newman’s situation, Dornford had a clear answer: Affordable housing.

Dornford, who works in the shelter sector, also emphasized that people fleeing dangerous situations need to have a place to go. A CBC News analysis previously found people seeking help were turned away from domestic violence shelters across Canada about 19,000 times a month.

Governments at all levels could step in to ensure that leaving an abusive relationship is not an economic impossibility, Dornford added. That could mean overhauling the welfare system to account for the higher costs of food and housing or creating a one-time cash grant for those who would like to leave but lack the financial means to do so. 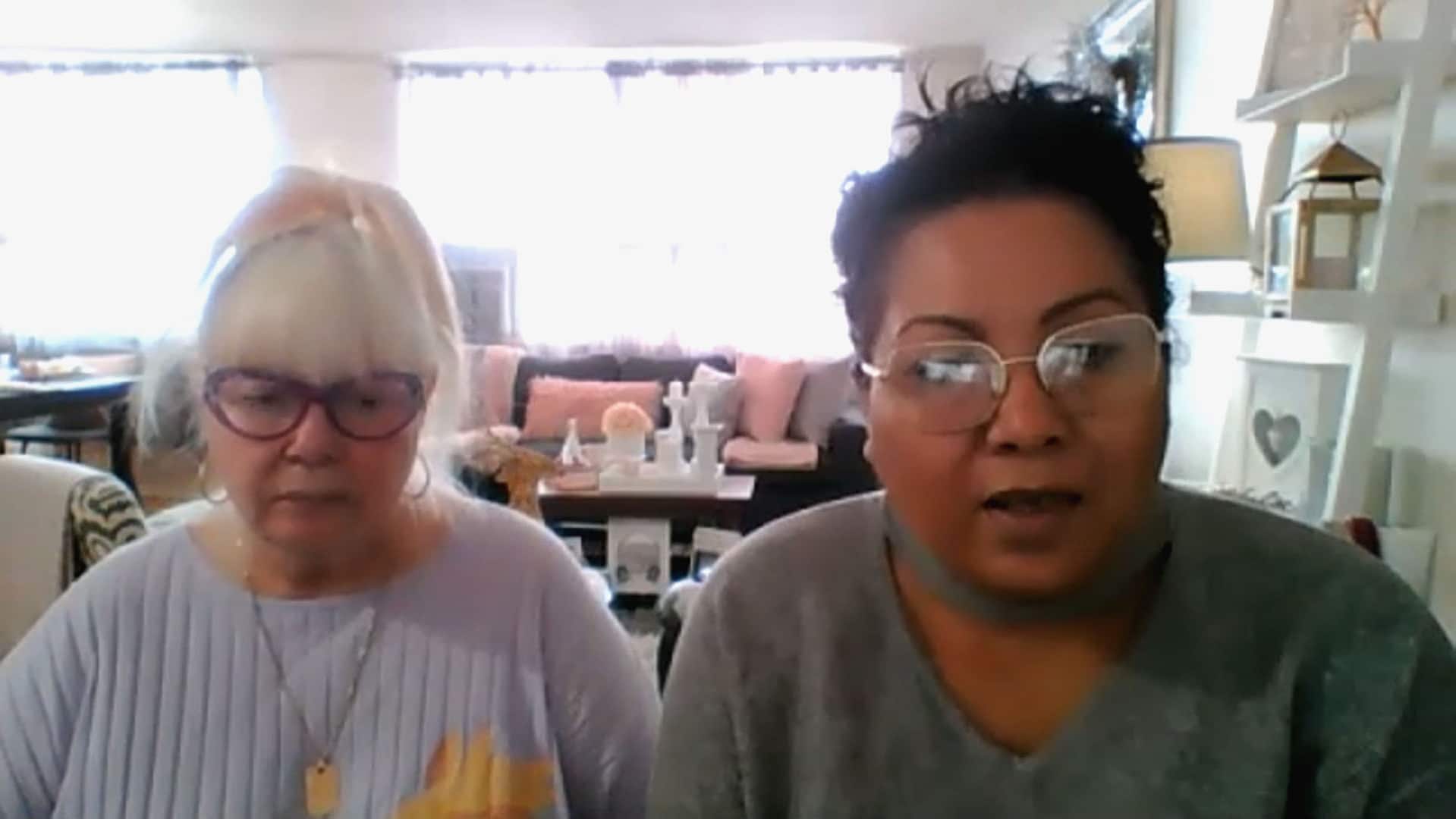 By the time someone experiencing abuse from a partner reaches the point of needing an emergency shelter or a restraining order, society has, in a sense, already failed both victim and abuser.

All of the people interviewed by CBC who lost loved ones to such violence pointed to the importance of educating young people about what healthy relationships look like and which behaviours constitute abuse.

It’s a sentiment echoed by Jesmen Mendoza, the psychologist.

“I don’t know how many of them are actually having those discussions at home with their families,” he said, recalling a time years ago when he was asked to speak to a high school class about healthy relationships.

“And I just recall that class … really hanging on to all the ideas that I was sharing in terms of how do you look for a partner that is compatible with you? How do you work through relationship issues?

“And then how do you exit … those relationships gracefully if they’re not working for either or both individuals without having to resort to violence, abuse, control, harassment?”

Mendoza says students should be taught in high school about the qualities of a healthy relationship, conflict resolution and the different forms intimate partner abuse can take. This could help those subjected to abuse and those around them recognize the signs and leave the relationship sooner.

The message around education is one McKeith is taking to heart as she raises her grandson.

“Let’s say my son-in-law’s childhood. I think that if he had correct direction, and if he had a more positive role that he could follow in life, he may have had a different outcome in his adult life,” she said.

“With my grandson, there’s a whole new learning level that I am teaching him now to grow up to be a really good man, and a decent man.”