Banned From Russian TV, A Putin Critic Gets His Message Out On YouTube 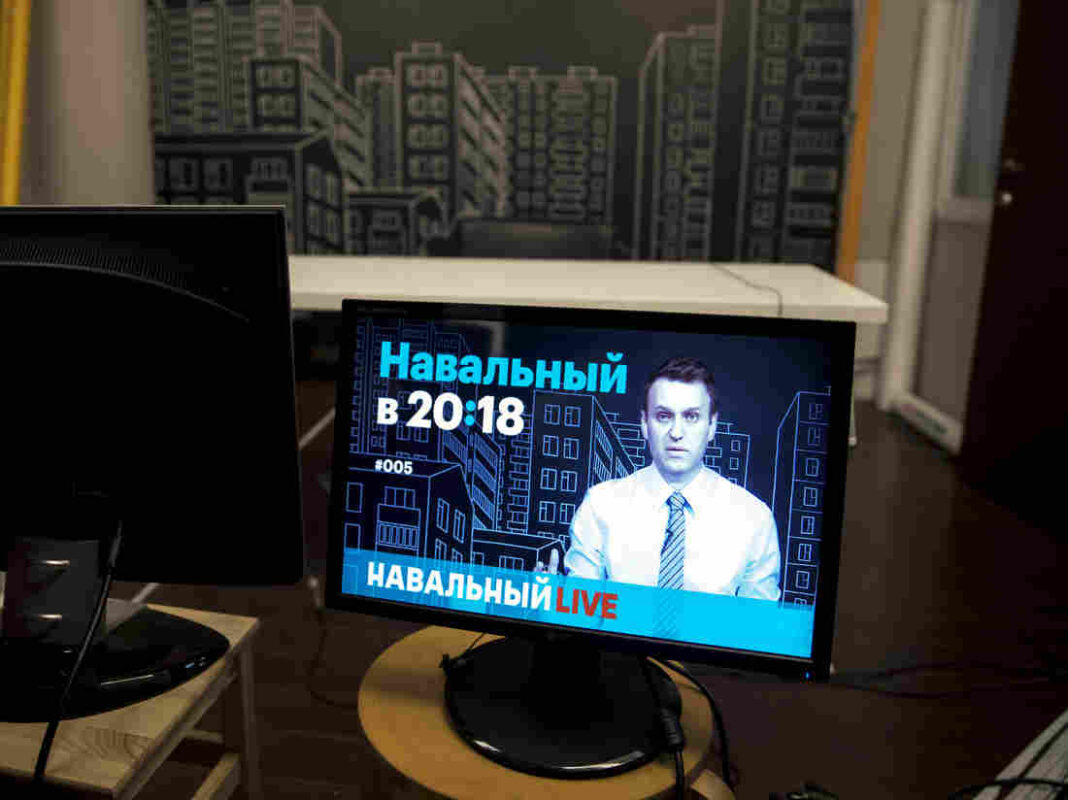 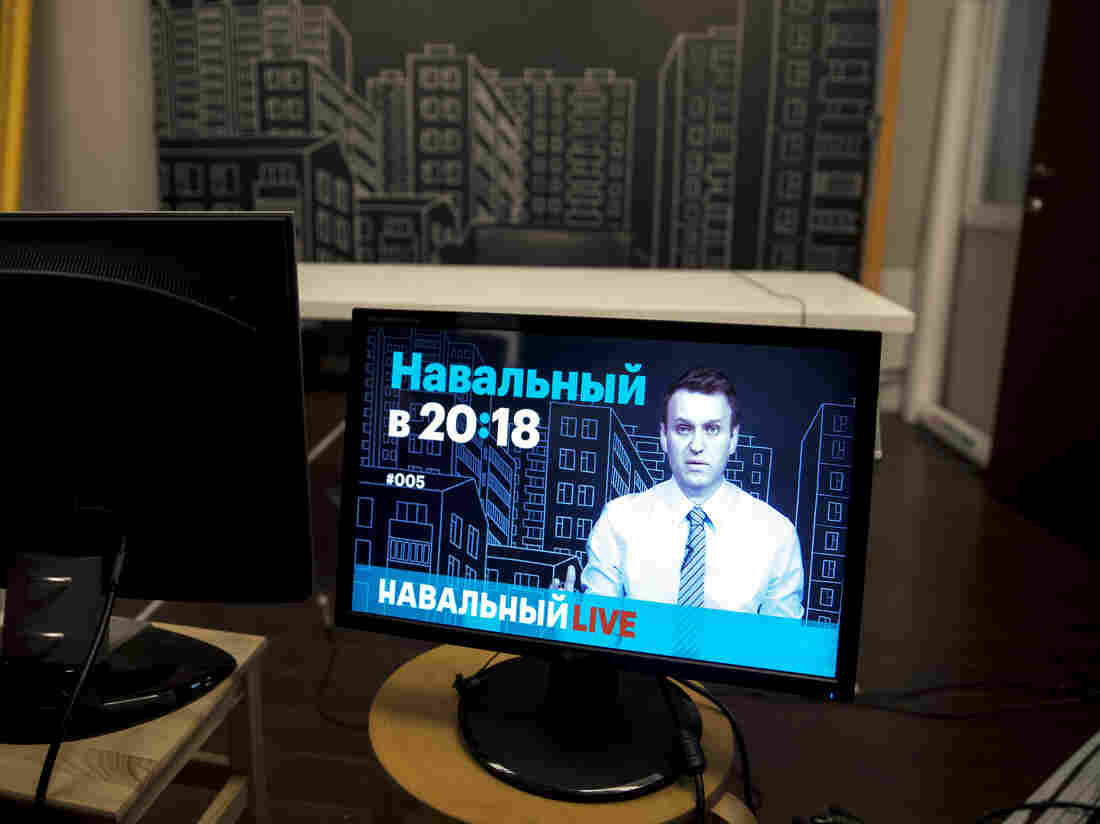 Alexei Navalny’s YouTube show attracts a million views per episode. The Putin critic offers breezy commentary on the week’s events, fields questions from his Twitter feed and heaps scorn on the Kremlin.

On Thursday evenings since April, Russians have been navigating to a new YouTube channel to get their weekly dose of biting commentary and political agitation from anti-corruption campaigner Alexei Navalny.

The one-hour, one-man show is called Navalny at 20:18 – a reference to its start time of 8:18 p.m. and a play on Navalny’s bid to run for president next year. Banned from national TV, the 40-year-old lawyer is bypassing traditional media to get out his message.

“Guys, don’t underestimate yourselves. There’s a huge number of people who are unhappy with corruption and want an alternative,” he said in last week’s show. “Don’t think you’re the only one in your town who’s that cool.”

Wearing a shirt and tie but no jacket, Navalny offers breezy commentary on the week’s events, fields questions from his Twitter feed and heaps scorn on the Kremlin.

Navalny at 20:18 is part-Jon Stewart in its righteous skewering of the powers that be, but also part-President Vladimir Putin in its know-it-all approach to that which ails Russia.

Oksana Baulina, the editor of the YouTube channel Navalny Live, rejects any comparisons with the Russian president, who holds a nationally televised call-in show once a year.

“The idea of Navalny Live was about live streams. It was about interaction with our audience,” Baulina said. “Russian TV channels a long time ago dropped the practice of live programs. Everything is taped in advance, edited, strictly controlled. Here we don’t have censorship.”

While Navalny’s unvarnished monologue is the channel’s flagship program, often with more than 1 million views per episode, there is also a daily morning show and programming featuring other opposition figures close to Navalny. All are live-streamed in front of brightly colored backdrops from a cramped studio in a Moscow office building. A team of four churns out the bare-bones shows that contrast with the slick, scripted productions on state television.

Navalny owes his career as a rabble-rouser to the Internet. He began by publishing investigations into graft on his blog, has gathered nearly 2 million followers on Twitter and is financing his own Anti-Corruption Foundation and presidential campaign from online donations.

The YouTube channel went online in March, buoyed by the success of a report by Navalny alleging that Prime Minister Dmitry Medvedev oversees an empire of luxury properties. The film version of the investigation, with more than 21 million views on YouTube, helped bring thousands of people onto the streets in nationwide anti-government protests on March 26.

Yevgeniya Albats, editor of Moscow’s The New Times weekly, says Navalny is exploiting a weakness in the system.

“Putin doesn’t trust the Internet. He believes that it’s a trash can, that no real information exists there. He himself doesn’t use it, and therefore his bureaucracy, in general, is not using it as well,” she said.

By contrast, Albats says, Navalny understands the importance of reaching out to young people in a language – and medium – they can understand.

That’s not to say pro-Putin forces aren’t trying to hit back.

In mid-May, a video appeared on YouTube by pop singer Alisa Voks advising schoolboys to do their homework instead of attending political rallies. She joined rapper Ptakha, who insinuated that the protesters at the March rallies were taking money from Uncle Sam.

Both videos got millions of hits – but this being the Internet, they were also pilloried by viewers, and the comments sections of both songs were later taken down.

“We see there’s an active Kremlin intervention in the Internet, especially on YouTube, in the last few weeks. But I don’t think they’ll have it easy there,” Navalny said on a recent show. “People here are a little different. All their machinations are obvious right away to everyone.”

Navalny’s most formidable online sparring partner has turned out to be Alisher Usmanov, 63, one of Russia’s richest men. He started his own YouTube channel to rebuff charges made in Navalny’s Medvedev film that he had bribed the prime minister with real estate.

Navalny, a veteran of online struggles, took on Usmanov with gusto, taunting him as “like-share-Alisher,” publishing an investigation into the provenance of his fortune, and challenging him to a debate on Navalny 20:18.

Usmanov chose to sue for defamation, and on Wednesday, a Moscow court ordered Navalny to take down his Medvedev film. Navalny defiantly declared that he would do no such thing via his YouTube channel.

Navalny’s readiness to push the bounds of the permissible rests in part on his ability to mobilize his online following.

“They thought we’d only have programs on the Internet,” he said on his show. “But we have a real campaign.”

Now he is traveling around Russia opening campaign offices and meeting the people who first followed him online. He’s also calling on Russians to take part in nationwide rallies against corruption on June 12.