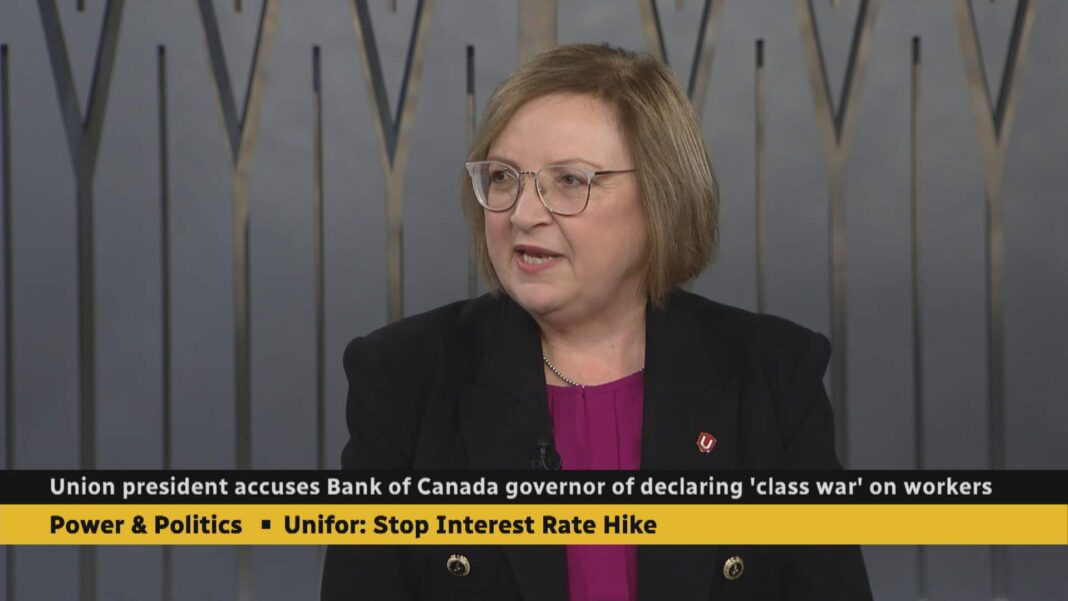 The head of the largest private-sector union in Canada said Monday that Bank of Canada Governor Tiff Macklem is waging a “class war” on working people and it’s time to stop hiking interest rates.

“Rather than developing a tailored response intended to slow profits, stop profiteering, fix supply chain bottlenecks and help workers keep up, policy makers have taken to blaming workers instead — including the governor of the Bank of Canada, who has basically declared class war on working people in this country,” said Unifor president Lana Payne. 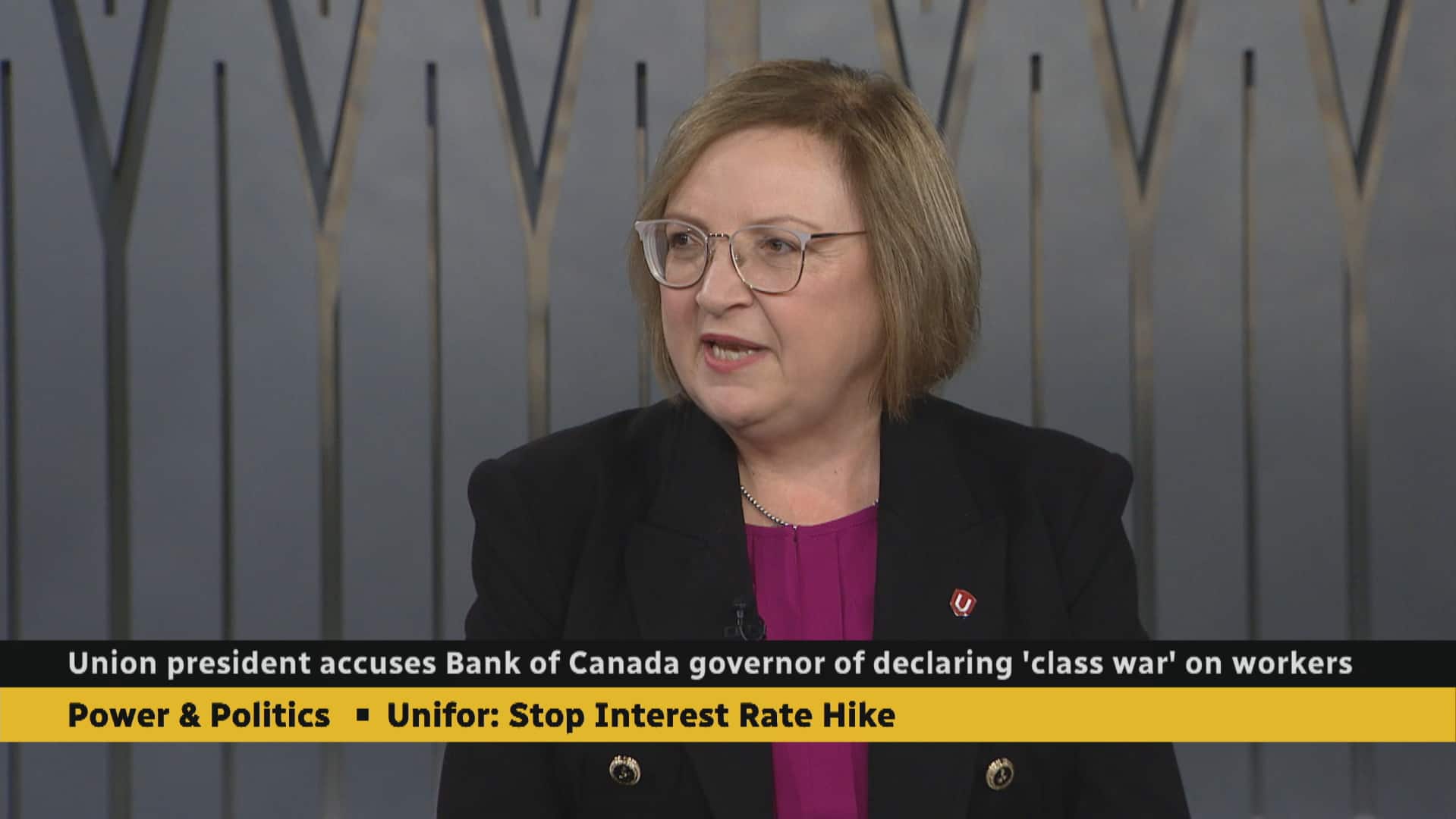 UNIFOR national president Lana Payne says interest rate hikes won’t solve inflation but they “will cause a lot of pain on workers.”

Payne said shareholders and corporate executives are reaping “obscene benefits in the form of higher dividends, share repurchases and bonuses” while workers struggle with high inflation.

“The medicine that the Bank has, with respect to inflation, is causing a lot of pain out there,” Payne said.

“The fact of the matter is that the Bank of Canada has raised interest rates faster than many other countries in the world. We should ask ourselves, is it actually doing what he says it needs to do?”

Canada’s benchmark interest rate currently stands at 3.75 per cent. In the United States it’s 4 per cent, while it’s 3 per cent in the U.K. and 2 per cent in the European Union.

Payne the Bank of Canada is persisting with its plan to raise interest rates even as inflation drops.

“This seems like a lot of needless pain on working people right now in Canada,” Payne said, adding that interest rates “are up high enough now. We need to slow this down.”

In a recent interview with CBC News, Macklem said that while rate hikes are making life harder for many Canadians, they’re necessary.

“We don’t want to make this more difficult than it has to be,” he told the CBC’s Peter Armstrong. “But at the same time, if we don’t do enough, if we’re half-hearted, Canadians are going to have to continue to endure the high inflation that is harming them every day.”

Analysts say that if the bank pauses too soon while inflation is still rising, it will have to take even more aggressive measures down the road. On the other hand, if it overshoots and keeps hiking rates after inflation starts coming down in a sustainable way, many Canadians will suffer needlessly.

While Payne said she thinks the Bank should hold off further rate hikes, Macklem disagrees.

Payne also criticized Macklem for comments he made last week to the Public Policy Forum in Toronto, when he said that the current low unemployment rate is not sustainable.

“Blaming workers for having a job and actually demanding decent wages, benefits and working conditions is simply unacceptable. We need an economy that works for everyone, not an economy that delivers only for the few,” she said.