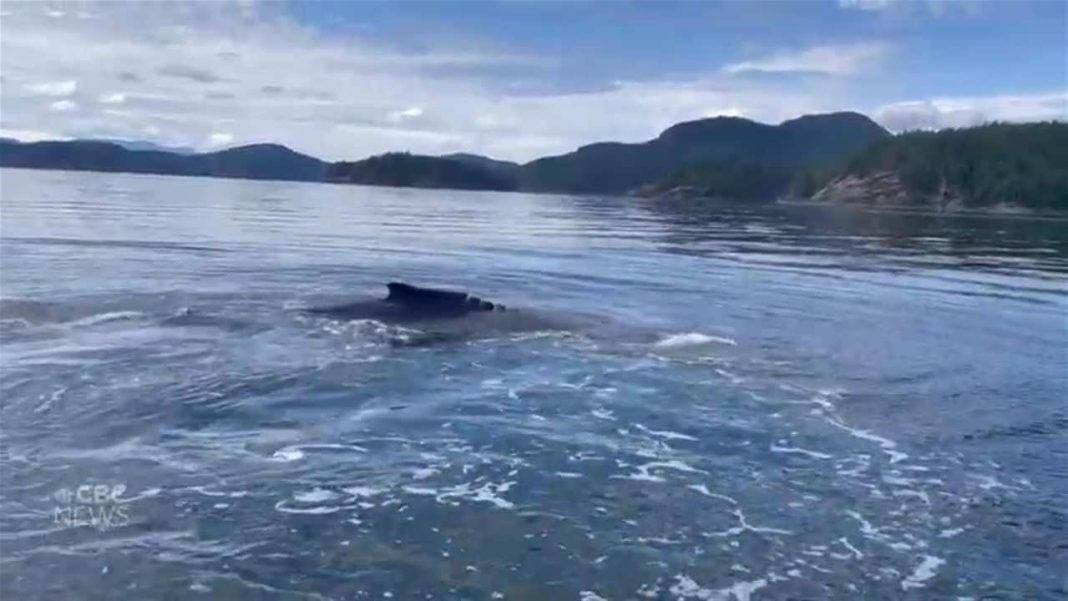 An up-close visit, caught on video, from a humpback whale in Georgia Strait made two B.C. women ecstatic, and a marine biologist hopeful that the mammal’s population in the area continues to grow.

The massive whale surfaced right next to the small boat Comox residents Lauren Lan and Sonya Schum were in as they headed to a friend’s cabin.

“It was really very cool to just look right beside the boat and see the whole length of the whale and see all the little barnacles up close,” said Lan, who caught the whole incident on video.

Ten years ago something like this never would have happened, Andrew Trites, a professor at UBC’s Institute for the Oceans and Fisheries, said, adding that humpbacks have been making a comeback after nearly disappearing from the area in the early 1900s.

Lan and her friend Schum spotted the blowhole of the humpback whale in the distance on Thursday night and decided to get a little closer, but then the whale dove out of sight.

“And then, about five minutes later, [it] came up right beside the boat,” Lan said.

WATCH | The humpback whale getting close to the boat: 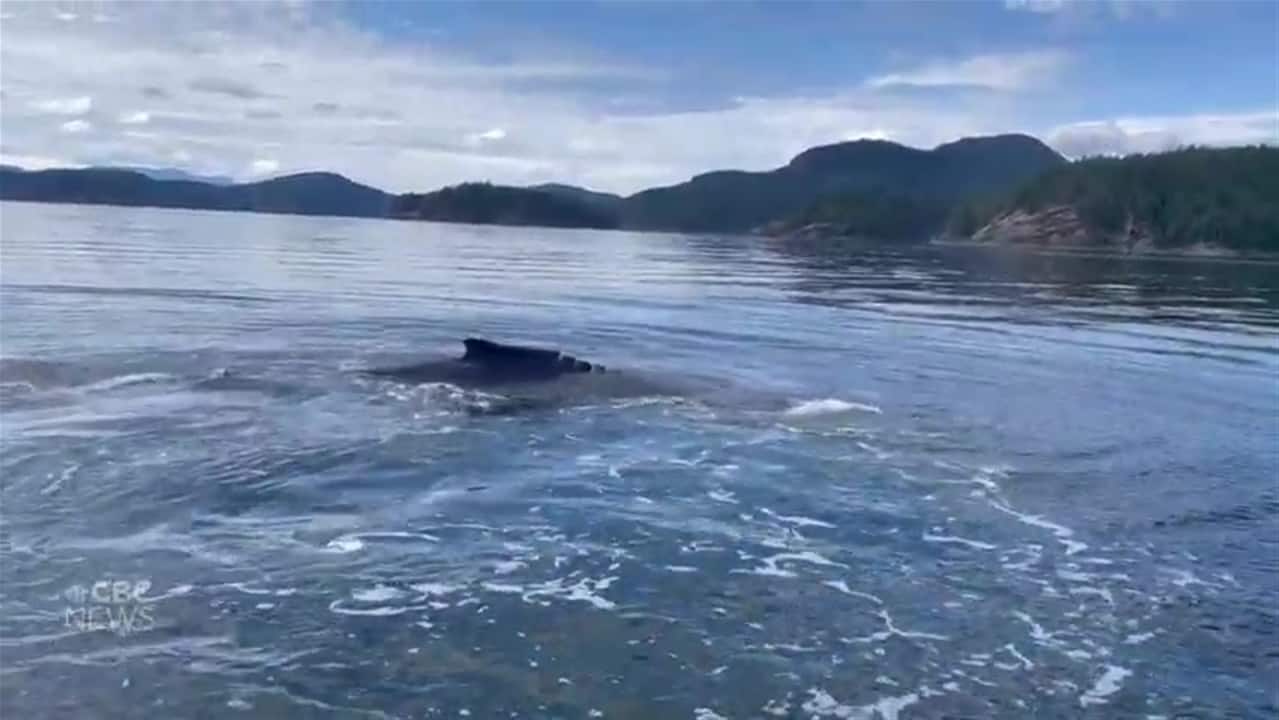 Humpback whale gets up close to B.C. woman’s boat

Lauren Lan and her friend Sonya Schum were treated to a whale watching experience in Georgia Strait, off the coast of Vancouver Island.

Videos taken by Lan show the whale diving and resurfacing multiple times, blowing air and water vapour out of its blowhole, and even smacking the surface of the water with its white flippers.

Lan, who’s lived on Vancouver Island for more than a decade, said it was the first time she’s ever been so close to a humpback whale.

“It was exciting to see it up close, but also slightly concerning because I have seen them breached before,” she said. “I did not want him to do that with us above him.”

Eventually, after quite a few minutes of the whale circling Lan’s boat, she said she accidentally stepped on the bilge pump lever — used to remove water from the boat’s surface. This caused a loud pop sound and the whale swam away.

“I don’t know how you would know this, you’re never really that close, but humpback whales stink,” she said laughing.

Prof. Trites said whales have “really bad breath” due to their diet.

“In British Columbia, their primary prey are krill — like small shrimp — and it gets stuck on their baleen,” he said. “It sort of rots a bit and … so when they breathe, often that smell is coming up in their breath.”

The type of encounter Lan and Schum had is very rare, Trites said, adding that by turning off the engine and keeping still they did the right thing to keep themselves and the whale safe.

He said he couldn’t tell the whale’s sex from Lan’s video, but that it had likely been hit by a motorboat before based on the cut marks near its back.

“Obviously this one has had some very close encounters before,” he said. “It’s probably a whale that comes back here regularly to feed.”

“There’s a good chance it’s part of the Hawaiian population, although some of our humpbacks also come here from Mexico … it’s got such distinct markings that I am certain it is a known individual.”

Adult humpback whales can grow up to 14 metres in length and weigh up to 34 tons, according to Trites.

Humpback whales were nearly wiped out in the Strait of Georgia after a whaling station was set up in Nanaimo, about 110 km north of Victoria on Vancouver Island, in the early 1900s, Trites said, adding the mammals return to the area is relatively recent.

John Calambokidis is a research biologist at Cascadia Research in Olympia, Wash., who has been monitoring whales along the west coast for 35 years. He said their numbers have increased more than tenfold, at an annual rate of about seven per cent.

And he said the increase has been even greater in the Salish Sea, which includes the Georgia Strait area.

Trites said the return of the whales is one of the biggest marine success stories in recent years.

“It is just amazing that these two people got to experience the recovery of nature, to see it here,” he said.

“Had they been out there 10 years ago, they would never have seen this. The ocean would just look empty.”