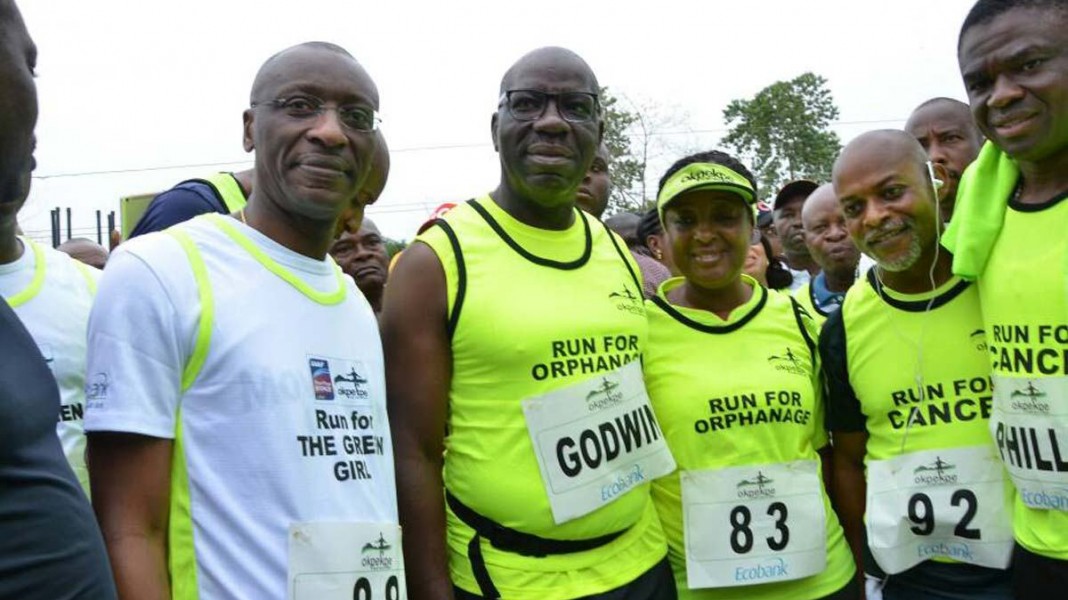 Governor Godwin Obaseki has since his assumption of office been backing the state-owned football club as they aim to gain promotion to the Nigerian top flight.

But other athletes in the state are not happy that the governor has not done anything concrete to alleviate their suffering.

Some of the athletes, who spoke to  our correspondent on condition of anonymity, decried  the poor training facilities available to them and the decaying infrastructure at the Samuel Ogbemudia Stadium in Benin, the state capital.

They  also  lamented lack of competitions, accusing  the state government of  focusing on football to the detriment of other sports.

Our correspondent, who visited the stadium during the week observed that apart from the artificial turf pitch, which serves as the home ground of Insurance, other training facilities were completely grounded and in dire need of repairs.

Part of the roof of the weightlifting gymnasium has been  destroyed by rainstorm, with some of the equipment in the  gym visibly irreparable and others abandoned to rot away.

One of the weightlifters, who spoke on condition of anonymity as he was not authorised to speak on the matter, told our correspondent that the damaged equipment were never assembled by previous administrations for use.

He said, “They (government) just imported them (equipment) and left them here. Nothing was installed.

“But we are still praying to see if the current  government can help us. As we are talking now, we do not have what you call equipment. You can see where we are training.

“But we have the highest medals in the game today. In the state, we have always won. But I do not know why the place (gymnasium) is like this.”

It was learnt that track and field athletes had relocated their training ground to one of the state-owned secondary schools due to the introduction of the artificial pitch for football.

This, they said had made preparations for major competitions difficult.

“Since the introduction of the artificial turf, there has been no field events at  the stadium. We  now train at  Emotan College. If you go to Emotan College, the grass there is more than the one in the forest,” one of the athletes said.

The squash hall at  the stadium has  yet to be opened for use since it was repaired during the administration of  Lucky Igbinedion.

A source told our correspondent that the facility has been  shut due to the alleged use of substandard materials by the  contractor.

The source said, “We have issues with the contractor; it was either the roof is  pulling off or the floor is pulling off. We now use the police officers mess or Benin Club for  training  our athletes.”

It was also observed  that the swimming pool is  in poor condition,  filled  with stagnant water and littered with  some pieces of wood.

The chairman of the workers union in Edo State Sports Council, Mr. Bernard Egwekhide, said, “Before you enter the stadium, there is a weightlifting gym. There is no roof there and that is where African and world record holders are training and winning. If you go there, it is an eyesore.

“We want to beg  Governor Godwin Obaseki  to help by  bringing  some modern equipment to enable our athletes to perform.”

Egwekhide added, “The pitch is okay. But being an artificial turf, you cannot do throwing events; you cannot throw javelin, discus or short put. We need a grass pitch.

“In order to gain FIFA standard on the pitch, the tracks were reduced. Instead of eight lanes for the Olympic standard, we now have about six or seven lanes. Now, we can no longer host major events at the Samuel Ogbemudia Stadium because of the lanes.”

But   Obaseki said  his administration had plans to overhaul facilities at the stadium, particularly areas that had been affected by rainstorms.

“We can see some of the rooftops blown off by the rainstorm. The rooftop of the swimming pool and the gymnasium were totally blown off. The facilities here need total overhauling,” Obaseki said on Wednesday.

He, however, stated that repairs would commence after an assessment and evaluation of the damaged facilities.