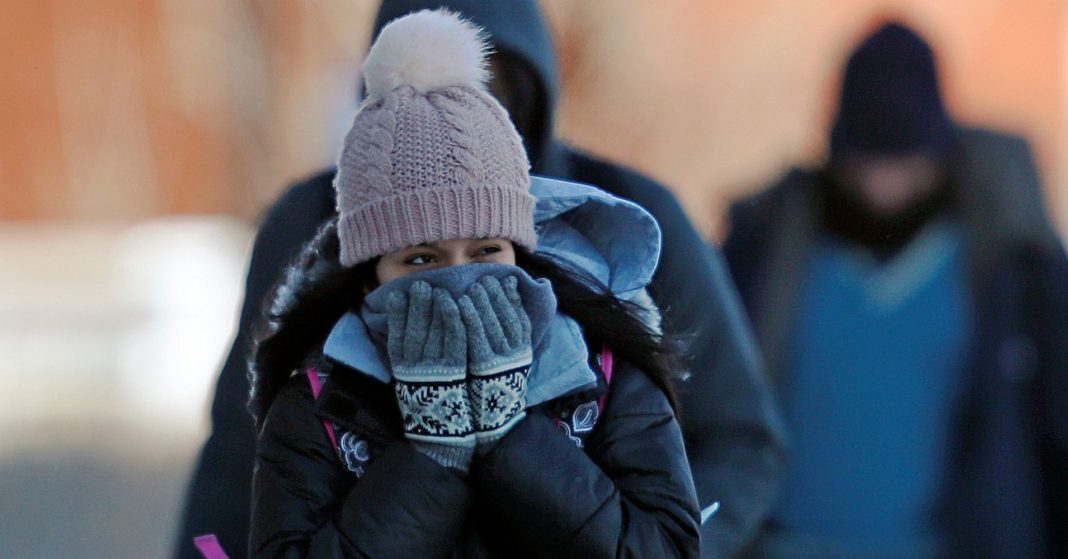 Forecasters warned late Tuesday that the harsh winter blast that has already killed at least five people would worsen dramatically on Wednesday, saying the expected conditions could be the coldest in a generation.

The National Weather Service described the polar vortex system surging from the north as “one of the coldest arctic air mass intrusions in recent memory.” It said bitterly cold, very dangerous wind chills would spread across much of the eastern two-thirds of the country, “likely leading to widespread record lows and low maximum temperatures” plunging more than 20 degrees below zero in the Midwest.

Read more from NBC News:
Extreme cold gripping Midwest does not debunk global warming, experts say
Millions gearing up for polar vortex, as temperatures plunge to lows not seen in a generation
Economic growth for the world’s two largest economies hangs in the balance of U.S.-China trade talks

Frigid, icy conditions have been blamed for at least five deaths so far:

Almost 1,000 arrivals and departures scheduled for Wednesday were pre-emptively canceled at O’Hare International Airport in Chicago. More than 320 were scrubbed in advance at the city’s other major airport, Midway International.

Amtrak said all trains scheduled to and from Chicago on Wednesday were also canceled.

Record lows were forecast over a wide stretch of the Midwest: Rochester, Minnesota, was forecast to reach 31 degrees below zero overnight. Milwaukee was expected to drop to minus-28 degrees. Des Moines, Iowa, could hit minus-21.

“Historic cold, unprecedented cold, these are all adjectives you could use to describe this,” said Kathryn Prociv, a meteorologist for NBC News.

“These are some of the coldest temperatures an entire generation has ever felt, talking about the millennials,” Prociv said. “A lot of these temperatures will be the coldest since about 1994, when a lot of them were just being born.”

The U.S. Postal Service said it would suspend delivery services on Wednesday in Minnesota, western Wisconsin, Iowa and western Illinois. There will also be no mail or package pickups, it said.

“You’re talking about frostbite and hypothermia issues very quickly, like in a matter of minutes, maybe seconds,” said Brian Hurley, a meteorologist with the National Weather Service’s Weather Prediction Center.For emergency responders, such conditions are life-threatening but part of the job.

When any equipment gets wet, it “freezes to the ground,” Rochester fire Capt. Greg Neumann said.

“Even the hose lines get froze up,” Neumann told NBC affiliate KTTC. “They grab the snow, so everything is three times heavier than they actually are.”

But in Kentucky, Gov. Matt Bevin complained that people just aren’t tough enough. In an interview with WHAS radio of Louisville, Bevin said he wasn’t happy that dozens of districts were canceling classes Wednesday.

Bevin said that he was being “only slightly facetious” and that he had a real concern — “that in America, on this and any number of other fronts, we’re sending messages to our young people that if life is hard, you can curl up in the fetal position somewhere in a warm place and just wait ’til it stops being hard. And that just isn’t reality.”