At Least 4 Killed, Including Gunman, In Workplace Shooting In San Francisco 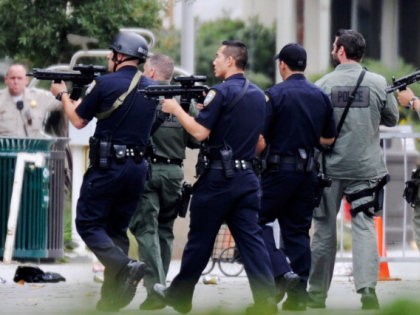 A gunman opened fire at a UPS facility in San Francisco on Wednesday morning, killing three people and later dying of a self-inflicted wound, police say. The shooting which unfolded on the eastern edge of the city’s Mission District, began in the morning around 9 a.m. local time, just as the workday was getting underway.

Authorities said the gunman was wearing a UPS uniform. Company spokesman Kyle Peterson tells NPR that the shooter was a current UPS employee.

“Hayward Cook, who described himself as a UPS human resources manager, said he was interviewing people in a conference room when he heard five gunshots.

“He said that as the shots came closer, he moved people into nearby offices to ‘hunker down.’

“Cook said he heard another series of five shots before the area fell silent and he escaped from the building with others.”

“Officers encountered shooting victims and immediately evacuated them to a safe location to get medical treatment,” law enforcement said at a news conference. Officers then confronted the suspect, “who was still armed with an assault weapon. The suspect put his gun to his head and discharged his weapon.”

Police say they believe the attack, which was carried out by one suspect, was not related to terrorism.

“The company is saddened and deeply concerned about affected employees, family members and the community we share,” UPS says in a statement. “Our thoughts and prayers are with all those touched by this incident.”