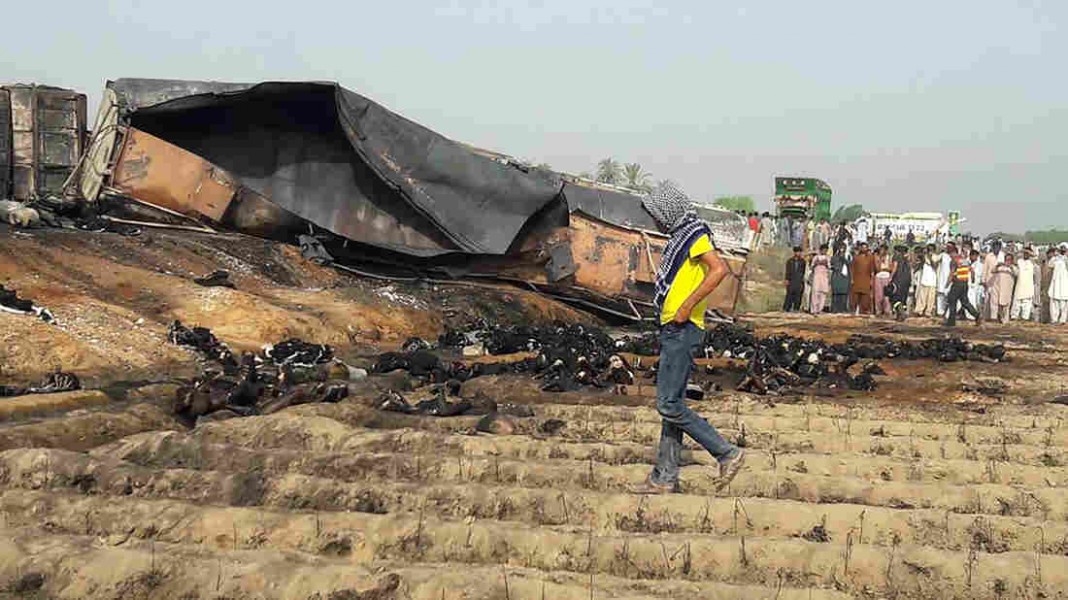 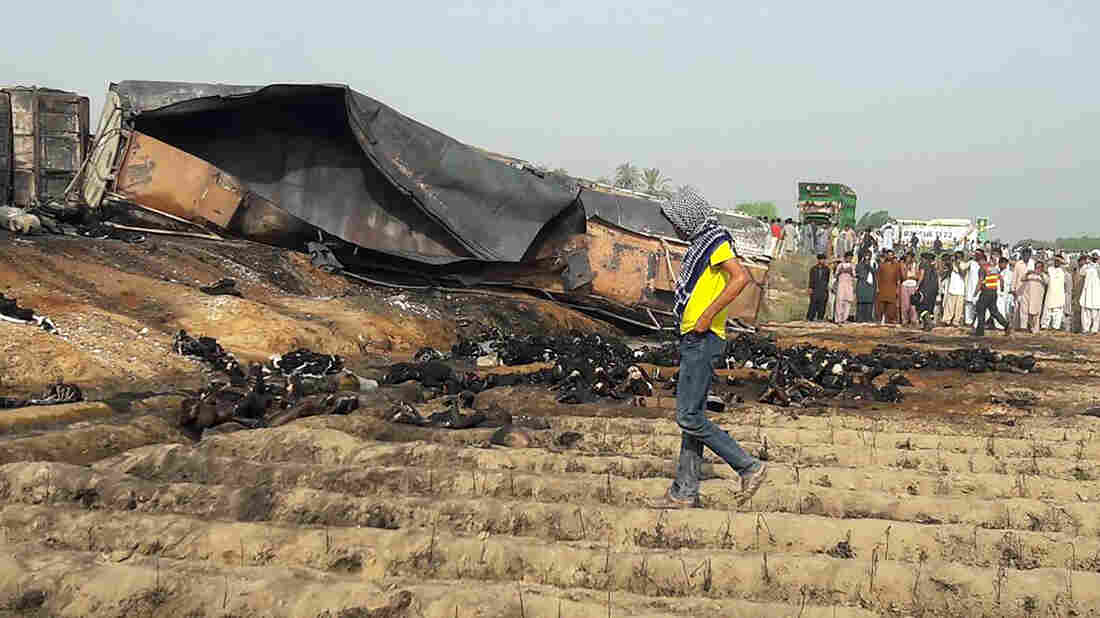 Local residents look at burnt bodies after an oil tanker caught fire on a highway Sunday in Pakistan.

At least 123 people who had gathered to collect fuel from an overturned tanker truck in Pakistan were killed when it caught fire Sunday.

More than 100 people were injured, many with severe burns.

“Authorities say most of the bodies are burnt beyond recognition and the death toll is likely to rise,” reporter Abdul Sattar in Islamabad reports for NPR. “Children and women are among the injured.”

The oil tanker was traveling to the city of Lahore in Pakistan’s Punjab province when one of the tires burst, causing it to overturn outside of the city of Bahawalpur. Hundreds of people gathered around it, trying to collect the oil after it began leaking.

“People living in roadside villages, carrying domestic pots rushed to the scene to collect oil and they also made phone calls to their relatives living in other villages to immediate[ly] come to collect oil,” police told Pakistan’s state-run APP news.

They told the APP that police tried to prevent people from collecting oil, warning of the fire hazard, but the crowds ignored the warnings.

“According to the initial reports, somebody tried to light a cigarette, and when the spilt fuel caught fire, leading to the tanker’s explosion,” rescue worker spokesman Jam Sajjad Hussain told Reuters.

“Suddenly, huge fire erupted in the oil tanker which engulfed all people standing around the vehicle,” police told the APP. They said the tanker was carrying about 6,600 gallons of oil.

“At least three cars and more than 70 motorcycles were also destroyed in the flames,” Sattar reports.

Dozens of people are being treated in hospitals; several people were airlifted by helicopter. DNA testing may be required to identify some of the victims, according to the BBC.

It took firefighters more than two hours to put out the fire, Reuters reports.

Pakistan’s Prime Minister Nawaz Sharif “has expressed deep grief over the heavy loss of life in the unfortunate accident of oil tanker fire at Ahmad Pur Sharqia, Bahawalpur,” he said in a statement from his office to Reuters.