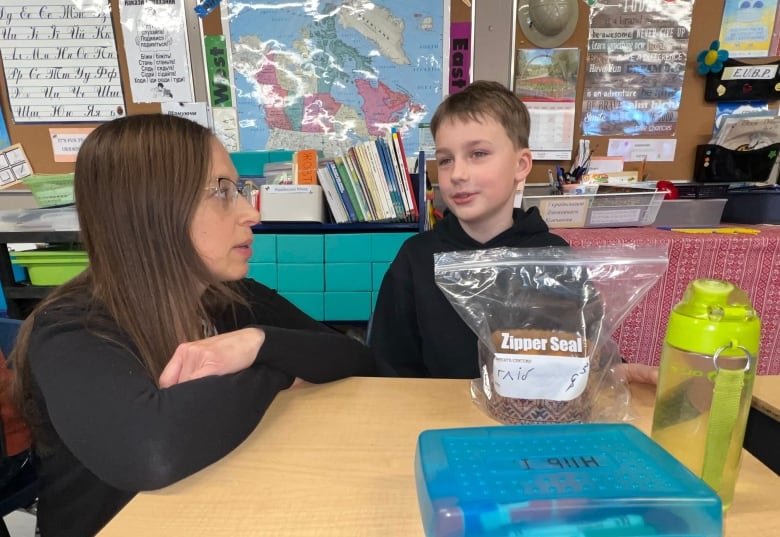 Oksana Kosteckyj is keeping careful watch over the Ukrainian children who joined R.F. Morrison Elementary this month, making sure they and their families feel welcome at the Winnipeg school.

There, this week, young newcomers joined in on holiday activities — like making loaves of paska (braided yeast bread) — while sitting in classrooms colourfully decorated in anticipation of Orthodox Easter this weekend.

“You could tell that [the situation is] new for them, but the fact that there’s Ukrainian speakers around them, you can see that they’re smiling,” noted Kosteckyj, Morrison’s vice-principal.

Since the federal government unveiled an emergency program authorizing Ukrainians to come to Canada as temporary residents in mid-March, Immigration, Refugees and Citizenship Canada has approved more than 56,000 of the nearly 164,000 applications it’s received. Since the beginning of the year, more than 19,000 Ukrainian citizens or Canadian permanent residents of Ukrainian origin have arrived, according to the Canada Border Services Agency.

As this new wave of newcomers arrives, educators and settlement workers are highlighting what’s needed to support refugee students to continue school successfully in Canada.

Here’s what they told CBC News.

Nearly a dozen Manitoba schools offer a Ukrainian-English bilingual program and, with R.F. Morrison having the largest enrolment, it’s in a unique position to welcome children from Ukraine.

Providing a supportive environment with clear, regular structure — the school, for instance, matched recent newcomers with Ukrainian-speaking Canadian peers who help guide them through their daily classes — is a starting point “that goes a long way to support kids going through any sort of difficulty,” Kosteckyj said. 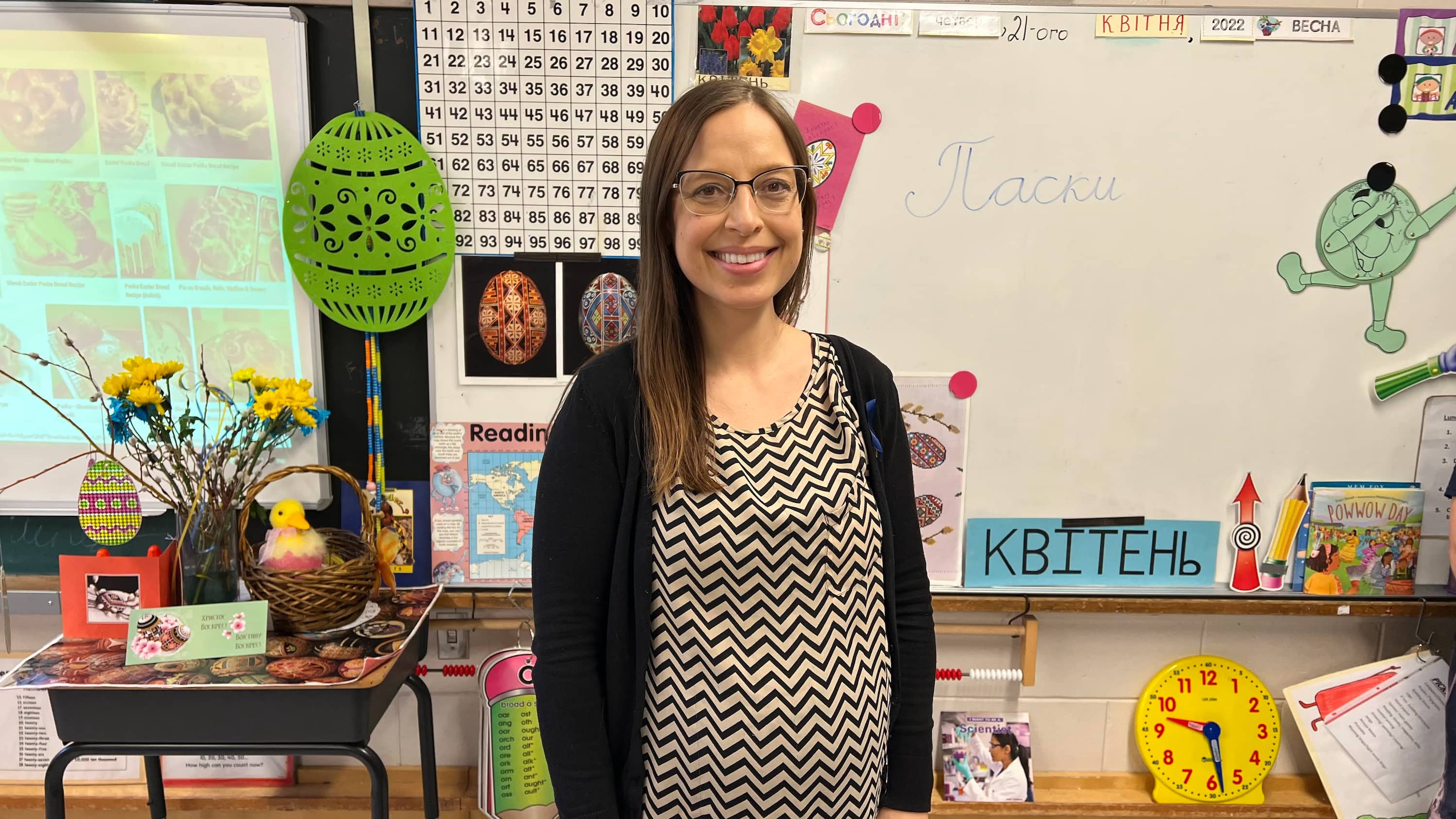 How schools can welcome and support refugee students

Oksana Kosteckyj, vice-principal at one of the Manitoba schools now welcoming new students from the Ukraine, shares a few tips about what teachers and school administrators can do to support refugee students transitioning to the Canadian school system. 1:13

In May, there is a professional development day scheduled for all of Manitoba’s Ukrainian bilingual teachers, with a specific session led by a counsellor “to talk about how to recognize trauma, how to support trauma and how to have a trauma-informed practice at school,” she noted.

Another valuable strategy is to liaise with settlement service teams in the community. At R.F. Morrison, settlement workers are slated to begin “an after-school program for these kids to socialize, to be together, to invite friends to,” Kosteckyj said.

Maryam Karimi also encourages educators to seek out settlement service experts who work across the country. Specifically, there are Settlement Worker in Schools (SWIS) programs supporting families new to Canada; they can help enrol children into Canadian schools or act as interpreters or translators during meetings with school officials.

“Schools are doing their best most of the time, I am aware of that. But there are definitely gaps,” said Karimi, a SWIS co-ordinator in Saskatoon.

“We need to see that schools are more welcoming, definitely more inclusive and work with settlement agencies to provide culturally responsive services.”

While some school divisions and boards have been proactive in collaborating with settlement service providers to help new students integrate, she thinks more should be reaching out.

Karimi calls SWIS teams a valuable resource that, beyond helping with language challenges, can also offer guidance on hardships newcomers have faced before arriving in Canada, share culturally relevant information and help educators more effectively engage and communicate with parents.

“[Settlement workers] are a bridge between schools and families,” Karimi said.

“[Students] need to have a sense of belonging. They need to feel ‘home’ …  And when we are aware of the needs of our students and we provide those information and supports for them based on their needs, then we can say we are successful communities.”

Learn about — and from — newcomers

Teachers should actively listen to and learn from refugee students — as well as challenge their own personal biases by not making assumptions, according to Snežana Ratković, a researcher and instructor in Brock University’s faculty of education in St. Catharines, Ont.

Learning to speak and write in English is indeed a priority, but teachers shouldn’t be “obsessed” with lack of English as a defining flaw since, depending on the student, it may be their second, third or even fourth language, noted Ratković, who came to Canada herself as a refugee from the former Yugoslavia.

She encourages educators to find ways to highlight or acknowledge a newcomer’s strengths, including using non-verbal ways of expression and learning — things like visual arts, music, photography or digital storytelling.

“It’s not only about reading and writing English, it is about expressing, about engaging in different ways.” 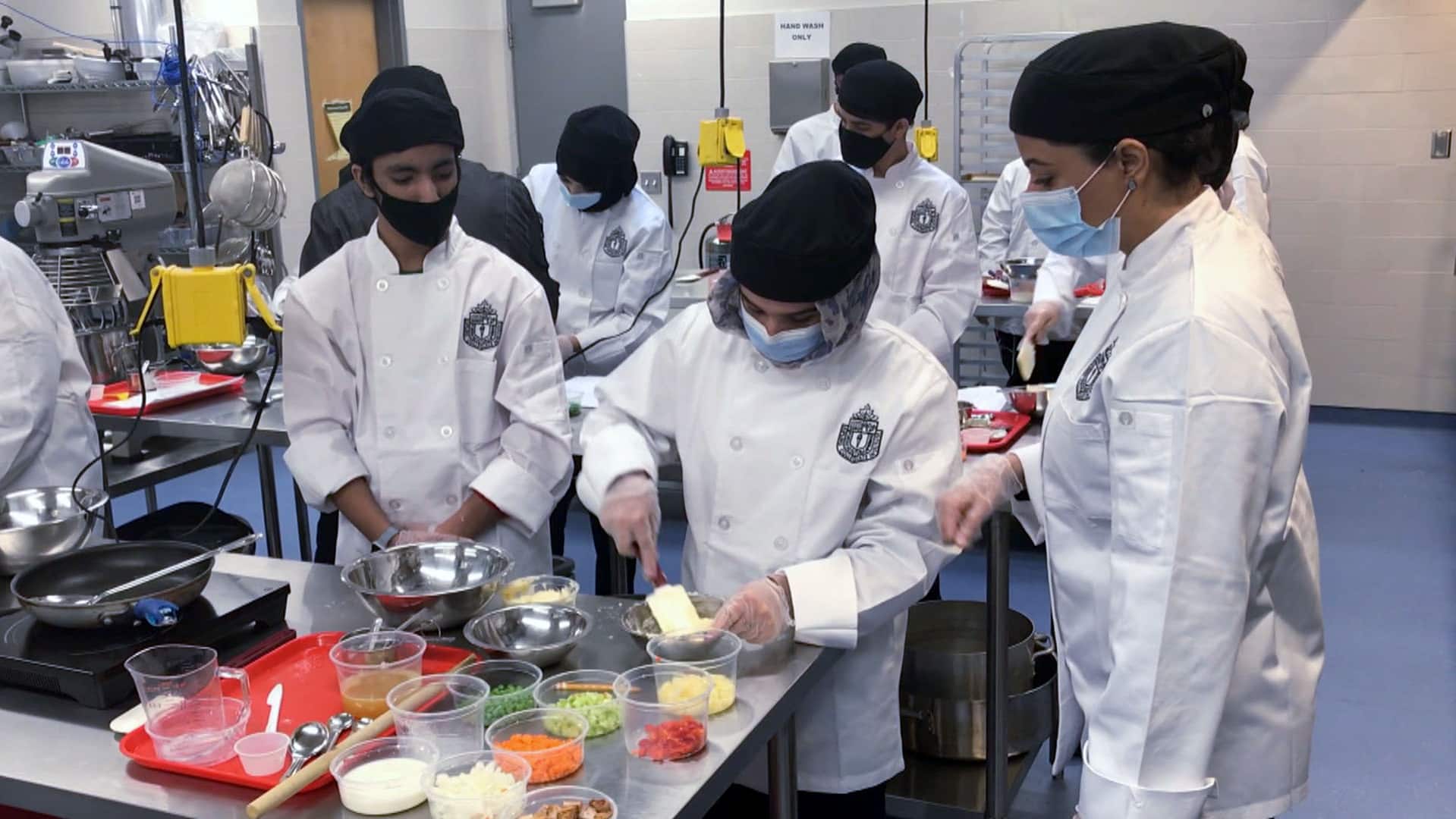 A Toronto high school is helping some teenaged Afghan refugees learn about Canada and some English while also learning how to cook. 1:54

Like Kosteckyj and Karimi, she also advocates reaching out to and partnering with families and community groups.

For Ratković, it’s a way for educators to build stronger relationships with newcomer students and to get support in acknowledging their cultures, stories and values within the classroom.

“That’s critical because students have to recognize themselves in the curriculum [and] in the classroom to be able to develop a sense of belonging. And without that sense of belonging, it’s really hard to do anything else — to teach or to learn,” she said.

Ideally, the researcher also wants to see more national conversations and the sharing of information about educational initiatives, methods, policies and the “great things that people are doing in different provinces” to support refugee students.

“Schools, they have the potential to be healing spaces for refugee students.”