A’s Rebuild: A Performance In 3 Waves 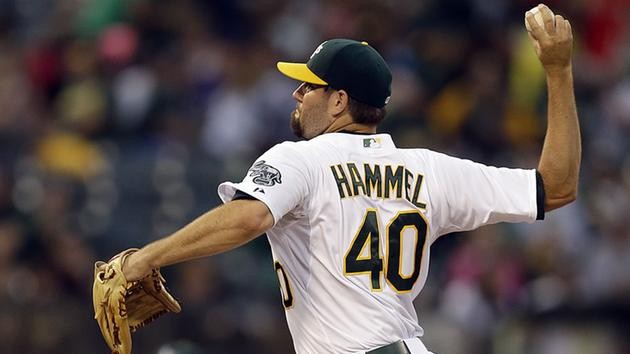 First of all, thanks to everyone who expressed their concern around Cindi’s trip to the ER. She broke a nail and discovered that 911 is not overly sympathetic to being called for a “nailmergency” and that attorneys are not jumping to take on “badpractice” cases against surgeons who use open heart surgeries as excuse to make her wait 45 minutes. In any event, Cindi is resting comfortably (on Dirk) and appreciates your well wishes.

There is some risk, in a rebuild, associated with “getting younger” by hoarding talented teenagers who are several years away. The upside might be there but the flameout rate is also high, so you run the risk of being bad for 3 more years while waiting for…oh, shoot, they were supposed to be really good, well darnsies…This can put a team into long term “rebuilding towards…more rebuilding” as befell the Kansas City Royals until they finally hit on the last crop. Rebuilding exclusively for 2021 would also mean watching current big leaguers like Matt Chapman, Sean Manaea, and Ryon Healy hit their expensive arbitration years before the most talented youngsters arrived on the scene to join them.

While the A’s are targeting A-ball talent, much of it not yet 20, as their current focus, it is reassuring to me to see that ultimately Oakland is establishing talent in three waves: current, near future, and well into the future, which should give them at least the chance to get competitive sooner than just waiting and gambling on teenagers.

Who are the current big leaguers the A’s might be planning to keep, to be veterans in their prime, come 2021?

Marcus Semien, turning 27 in September and under contract through 2020, may or may not be the A’s longer term plans.

Who are the next group of big leaguers who, upon their arrival (or re-arrival) soon, have a chance to be impact players for Oakland as soon as 2018-19?

It’s worth noting how much legitimate talent, and pedigree, there is in this group, which could also include Renato Nuñez (23, DH/1B), Richie Martin (22, SS) and Sheldon Neuse (22, 3B).

Who are the more distant group of high upside players whose arrival, if they make it, will coincide with the opening of a new stadium several years down the road?

These are three players who could be really, really good — in the cases of Beck and “Lazarito” it isn’t outrageous to dream that they could be true stars — but who also have ample time to bust. It’s a long way from the AZL (Rookie League) to the big leagues.

What stands out to me is that while the teenagers Oakland has drafted, signed, or acquired, have exciting upside, in fact there is both quality and quantity in that middle tier: the group of prospects not yet established in the big leagues, still with 6 years of contract control ahead of them, and poised to contribute before the A’s move into any new stadium.

This tells me that the A’s can be competitive — if not for the division certainly for a post-season berth — in the near future, especially if they don’t put all their focus on stocking the lower minors as they ponder possible deals for Sonny Gray and likely Yonder Alonso. That elusive “major league ready center fielder” would look mighty nice along side the Wave II group.

So while Wave III has a chance to christen a new stadium with star talent while Wave I is hitting the latter end of their controlled years, Wave II offers a critical bridge — not only to more cost controlled years along side Chapman, Manaea, Healy et al, but also to allowing the A’s to rise from the cellar to the post-season picture sooner rather than later.

In other words, if anyone is looking forward to playing the 2019 A’s, they shouldn’t be. Not if Oakland plays its cards right.