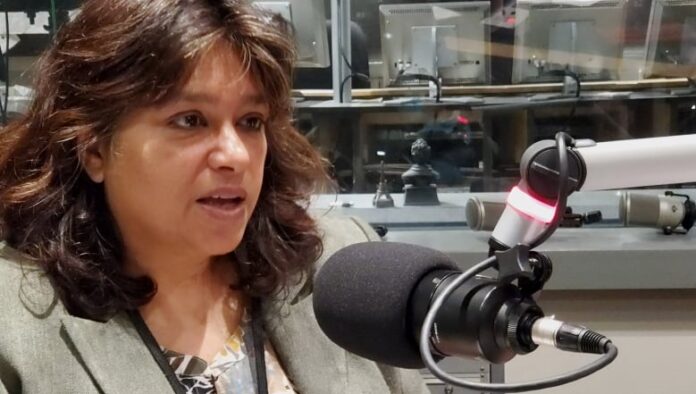 While the federal government says the COVID-19 curve is continuing to flatten in Indigenous communities, their leaders and allies are keeping pressure on Ottawa for more support.

Indigenous leaders from across Canada have called for more action by the government to protect their communities against further threats from COVID-19 and are attempting to bring attention to chronic health inequities through a petition on change.org that has garnered more than 52,000 signatures as of Friday.

“Our health-care systems are depleted, and there’s so much poverty that exists within that Indigenous health-care system across this country that it’s an actual miracle that we never faced as First Nations the impact that the mainstream and all the provinces have,” said Isadore Day, the former regional chief of Ontario who is Anishinaabe from Serpent River First Nation.

Day attributed that success to First Nations leaders who made efforts to close down community borders to prevent the spread of the novel coronavirus.

He signed the petition, titled “Urgent Resources for COVID-19 in Indigenous Communities,” along with such community leaders as Grand Chief Wilton Littlechild, Grand Chief Alvin Fiddler and Ojibwe broadcaster Jesse Wente, as well as environmentalist and broadcaster David Suzuki.

This is a wake-up call for Minister [Marc] Miller and Indigenous Services Canada.​​​​​– Isadore Day

They’re asking the federal government to recognize the United Nations Declaration on the Rights of Indigenous Peoples (UNDRIP); urgently enhance health-care capacity in communities; expand and enhance testing and outbreak control; and impose travel restrictions according to the individual communities or regions.

“This is a wake-up call for Minister [Marc] Miller and Indigenous Services Canada,” Day said.

ISC said there have also been 17 cases in Nunavik, Que., all of whom have recovered.

“The COVID-19 curve continues to flatten in First Nation, Inuit and Métis communities as leaders work tirelessly to make sure their community members have access to the most up-to-date public health information and to advocate for the support of their communities,” the release said.

Since the petition was posted three months ago, Day said, there has been an acknowledgement from the government. The ISC said it’s committed $285.1 million “to support the ongoing public health response to COVID-19 in Indigenous communities.”

Moving forward, he said, there is still a need to build up health-care capacity within First Nations and support self-determination.

“It would be very prudent for Canada to work with First Nations communities,” said Day, who is also CEO and founder of Bimaadzwin — a First Nations consulting company that specializes in community governance, health and economic development with the goal of establishing nationhood.

“Our communities took care of themselves and they’re able to put systems in place that meet the needs of their communities — we just need the resources,” he said.

Day also said there is a “quiet crisis” within First Nations communities around mental health and addiction, and that is being overshadowed in the media by COVID-19 and economic issues.

“This is an unexpected anomaly in our communities, and unfortunately we are probably going to review the statistics this time next year and there will have been more suicides, more overdoses, more domestic violence,” he said.

People are suffering in silence, he said, because of physical distancing and isolation measures to battle COVID-19.

Dr. Anna Banerji, an infectious disease specialist, has been working with the coalition of Indigenous leaders on the petition.

“The government’s … throwing around billions of dollars, and we just don’t think enough money has been put towards the issues of Indigenous peoples,” she said.

Banerji, an associate professor at the University of Toronto’s faculty of medicine, has also been working as an independent consultant with Nishnawbe Aski Nation as part of its COVID-19 task force.

“Their situation is different and even more difficult because they’re more vulnerable in the way that there’s much more chronic disease, comorbidities. There are more people with COPD [chronic obstructive pulmonary disease], diabetes, cancer, and they’re living in overcrowded conditions” that allow the virus to spread, she said.

“There are more and more Indigenous and non-Indigenous people saying, ‘What the hell, how can we continue to accept this?'”

Banerji said plans for how to deal with a COVID-19 outbreak need to be transparent so that communities know what to expect if the worst were to happen.

The petition also serves to bring attention to the chronic underfunding and lack of health-care services for Indigenous people.

While she is not Indigenous, Banerji lost her son — who was Indigenous — last year to suicide. She said that she went to the Centre for Addiction and Mental Health in Toronto and begged staff for help, but they dismissed him.

“If we are a country that respects human rights, then we respect human rights for everyone, and they need to start listening to us,” Banerji said.

CBC News reached out to Indigenous Services Canada for comment on the status of the petition but did not receive a response by the time of publication.