As agencies respond to storm, some face cuts under Trump budget proposal 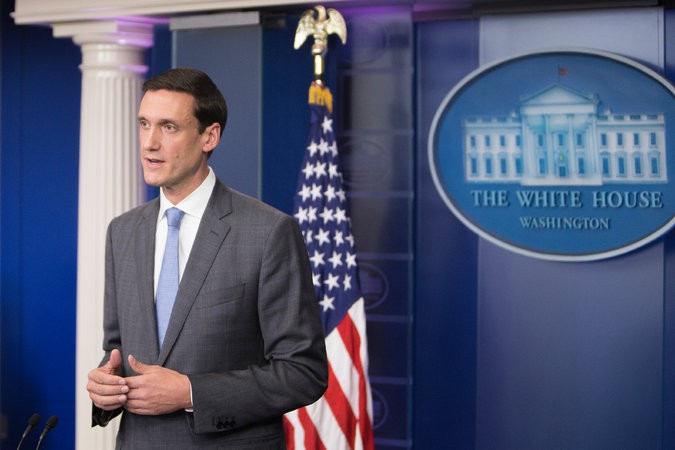 As he toured rising floodwater in Texas on Tuesday, President Trump effusively praised his administration’s Hurricane Harvey response, an effort he began touting on Twitter last weekend even before the storm made landfall.

But not too long ago, the president proposed a budget calling for cuts to some of the federal government’s most consequential efforts to prepare states and local communities and help them recover from catastrophic events such as Harvey.

Congress is likely to approve a Harvey recovery bill, as it has after past disasters, to cover the huge cost of storm damages. The cuts proposed by the Trump administration would slice away funding for long-term preparedness efforts, many of them put in place to address the sluggish federal response to Hurricane Katrina in 2005.

The proposed cuts would include programs run by the Federal Emergency Management Agency, whose new administrator was praised by Trump in a tweet last weekend for “doing a great job”; the Department of Housing and Urban Development, which helps rebuild homes, parks, hospitals and community centers; the National Weather Service, which forecasts extreme storms; and the National Oceanic and Atmospheric Administration, whose research and community engagement help coastal residents prepare for disaster.

“The president has definitely sent a signal with his budget that emergency management is not of interest,” said Scott Knowles, a historian at Drexel University who studies risk and disaster.

Hurricane Katrina, which killed 1,800 people, most of them in Louisiana, led to the creation of federal programs to help governments better predict disasters and deal with their effects. Some were put in place during the Obama administration in response to rising concerns about climate change and its future impact on sea levels.

The budget released by the Trump White House in March cuts roughly 9 percent for disaster-relief programs across the Department of Homeland Security and other agencies. The cuts are in keeping with the president’s goal of creating a leaner, more efficient government that asks more of the private sector and the states, a goal FEMA Administrator William B. “Brock” Long has reiterated in recent days.

The cuts also shift away from Obama-era “resilience” efforts to prepare for climate change.

Trump officials recently struck down an Obama administration rule requiring building projects in line for federal funding to strongly consider climate change risks — for example, by elevating structures in flood zones away from the reach of rising water.

The goal was to mitigate the costs to taxpayers of damage claims under the federal flood insurance program.

Climate scientists have warned that coming decades will bring rising sea levels, along with more frequent and serious flood risks to housing, offices and infrastructure. But Trump officials say that removing the rule streamlines the approval process.

NOAA would lose about $200 million in a handful of programs that help coastal states brace for future climate change and adverse climate and weather events. The proposed cuts would withdraw support for research and engagement in coastal communities. The $73 million Sea Grant program, for example, gathers information on areas including fisheries management and storm preparation.

The budget would also eliminate $667 million from FEMA for state and local grant funding. It also would require local and state governments to match 25 percent of the federal dollars they receive.

Money to help homeowners and businesses rebuild after a disaster and cover other needs goes through HUD’s $3 billion Community Development Block Grant Program. Trump is proposing to zero it out, and it is unclear how disaster recovery money would be affected or delivered without the program.

The Weather Service would lose $62 million now used to update its weather models and allow it to predict changing weather further out. The National Flood Insurance Program would lose $190 million for mapping flood-prone areas, information that can affect flood insurance premiums.

And the Agriculture Department would lose $114 million in disaster assistance to help farmers recover livestock, crops and equipment, an impact that would be particularly felt in Texas, where farm areas are flooded.

“The USDA offices serve as primary sources of contact for rural counties,” said Derek Hyra, director of the Metropolitan Policy Center at American University. After a disaster, “They’ll go to the feds and say, ‘Here’s what happened to my farm. How do I get operating again?’ ”

The Department of Health and Human Services preserves spending levels for most preparedness and response programs, including its hundreds of doctors, nurses, pharmacists and other medical professionals who are now deployed to Texas. But a national hospital preparedness fund would be cut by $27 million to $227 million. The program is being redesigned to steer money to parts of the country with the greatest need and withhold dollars from areas that “fail to deliver results.”

Wendy Smith-Reeve, Arizona’s emergency management director and president of the National Emergency Management Association, called the proposed cuts “incredibly impactful.” To push back, she said, states need to do a better job showing the Trump administration “what our investment is” in preparing for disasters.

It is unclear whether the cuts will survive in Congress, which has made little progress toward approving a budget for the next fiscal year. Lawmakers are scheduled to resume negotiations when they return to Capitol Hill next week.

Experts say that an emergency relief measure would not cover the longer-term losses to many disaster programs.

“The consensus is that politicians get rewarded for coming to the aid of disaster victims,” said Patrick Roberts, a public policy professor at Virginia Tech who specializes in emergency management, “but with mitigation, the benefits are harder to see.”

He said that every dollar spent on mitigation projects before a disaster saves four dollars in recovery expenditures.