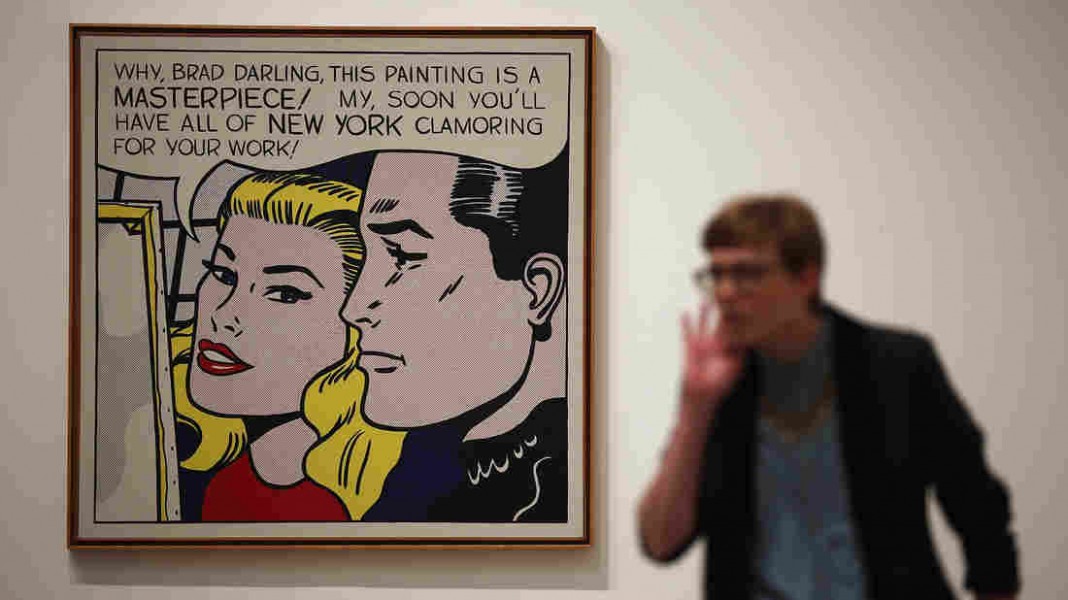 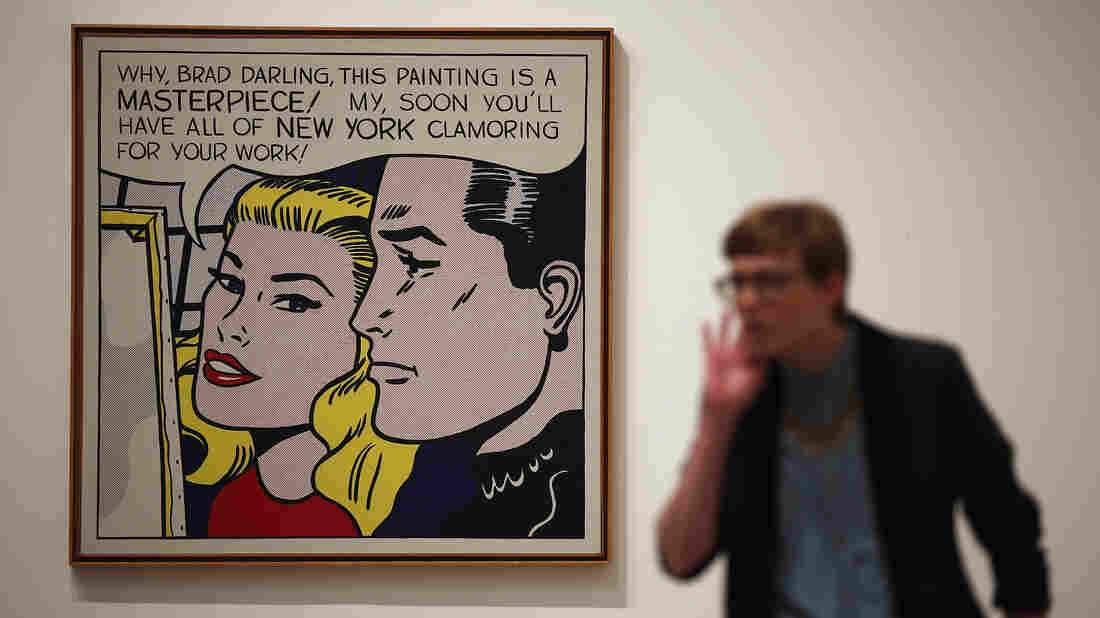 A visitor stands in front of Masterpiece during a press preview of “Lichtenstein, a Retrospective” at the Tate Modern in London in 2013. The iconic painting was owned by Agnes Gund, who recently sold it to fund a new criminal justice reform fund. Dan Kitwood/Getty Images hide caption

A visitor stands in front of Masterpiece during a press preview of “Lichtenstein, a Retrospective” at the Tate Modern in London in 2013. The iconic painting was owned by Agnes Gund, who recently sold it to fund a new criminal justice reform fund.

A noted art collector and philanthropist has sold a major painting for an eye-popping $165 million to raise money for criminal justice reform.

On Monday, The New York Times confirmed that the sale was real, noting that the painting becomes one of the 15 most expensive pieces of art known to have been sold. And the newspaper revealed that Gund sold the piece “for a specific purpose: to create a fund that supports criminal justice reform and seeks to reduce mass incarceration in the United States.”

“Gund says $100 million from that sale will go to the new Art For Justice Fund, described as a ‘movement to end mass incarceration,’ ” Elizabeth says. “Other collectors have also promised gifts of art or donations to the fund, which is being managed by Rockefeller Philanthropy Partners and the Ford Foundation.

“According to a statement, the fund will support efforts to cut the prison population and strengthen programs to help people when they leave prison,” Elizabeth reports.

The Times, which interviewed Gund, described what inspired the collector to start the initiative:

“The criminal justice system in its current state — particularly in its treatment of people of color — is unfair and unjust,” Gund said in a statement from the Ford Foundation.

The fund will issue grants to groups and individuals working on issues of criminal justice reform.