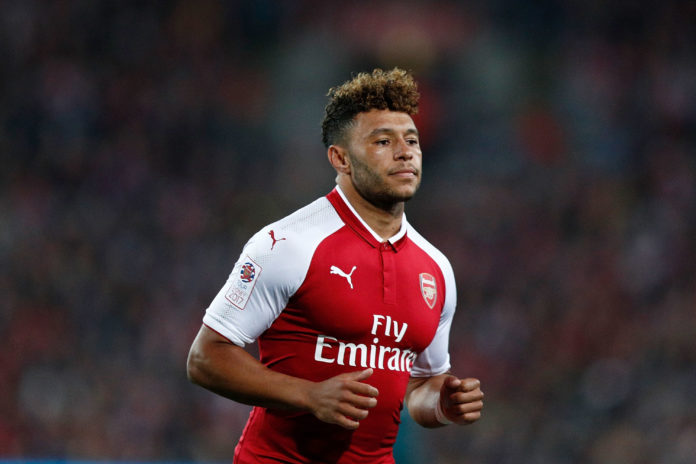 Oxlade-Chamberlain, 24, will be out of contract next summer and has refused to sign a new deal at Emirates Stadium.

Chelsea have declined to comment but it is understood they have agreed a transfer fee with their London rivals for the England international.

Liverpool have also shown an interest and could still make an offer for the former Southampton player.

Oxlade-Chamberlain has started every game for the Gunners so far this season, including Sunday’s 4-0 defeat at Liverpool, when he was substituted.

Chelsea manager Antonio Conte had made it clear he wanted to add further to his squad before the transfer window closes on Thursday.

Oxlade-Chamberlain, who has made 198 appearances for Arsenal since joining them from Southampton in August 2011, would be the first arrival since the Italian said he wanted to sign four more players.

The Blues have allowed a host of players – including defenders John Terry, Nathan Ake and Kurt Zouma, and midfielder Nemanja Matic – to leave this summer, while last season’s top scorer Diego Costa has been told he can leave.

They have won two of their opening three Premier League matches.

Arsenal, meanwhile, have lost their past two games, including Sunday’s defeat at Anfield.

Like Oxlade-Chamberlain, forward Alexis Sanchez and midfielder Mesut Ozil are also out of contract next summer.

Speaking to BBC Radio 5 live on Monday, Gunners legend Ian Wright said the club are in “crisis from top to bottom”, and manager Wenger should leave.