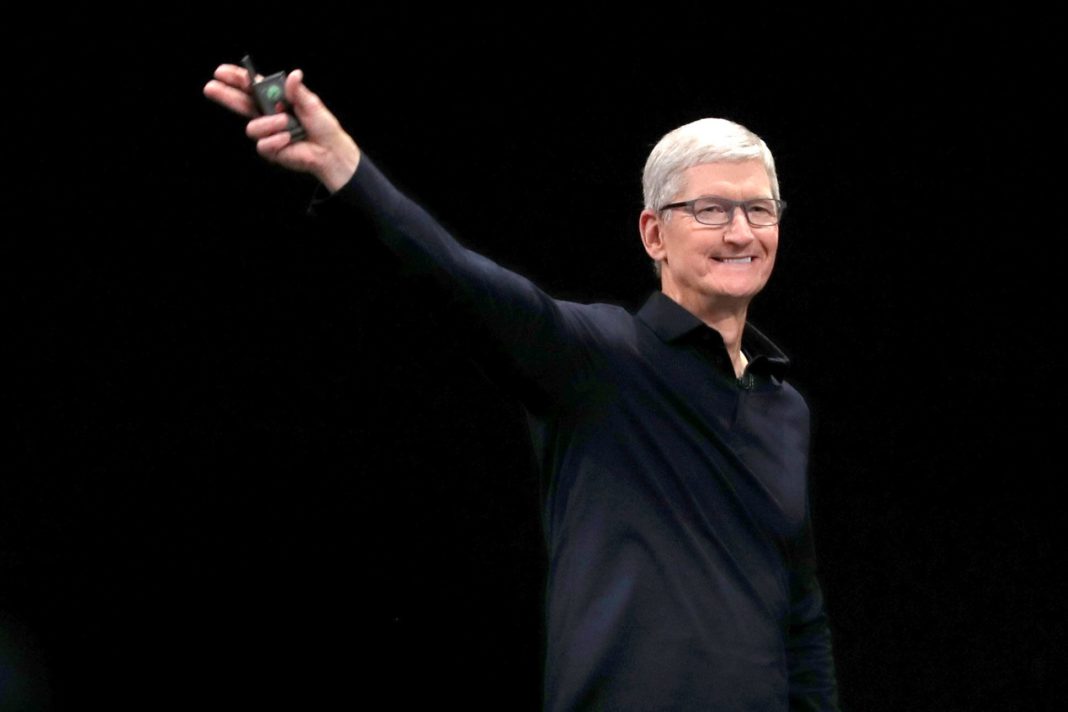 Apple’s R&D bill came out to 7.9% of its total revenue, the highest percentage since 2003, when Apple was still focusing on iPods and Macs. Apple is on pace to spend over $16 billion on research and development in 2019.

The increased spending on R&D comes as Apple’s cash cow, the iPhone, has seen sales slump. iPhone revenue last quarter was down 12% from the same period last year. So Apple is investing in core technologies that may power devices that haven’t been built — but open-ended technology development and exploration comes at a cost.

Historically, Apple has been a laggard behind other top technology companies when it comes to spending as a percentage of its sales, and it still is. In the June quarter, Microsoft spent 13.4% of its revenue on R&D, and Google spent 15.7% of its sales on R&D.

Analysts have noticed Apple’s rising R&D costs. On its Q3 earnings call, an analyst asked Apple CFO Luca Maestri if the company expects to continue to spend an increasing amount on investment, and he said that the trend would continue.

“We want to improve the user experience and differentiate our products and services in the marketplace. So, we will continue to do that,” Maestri said. “There are some types of investments, of course, that are very strategic for us and they will have long-term implications.”

Maestri brought up Apple’s recent $1 billion purchase of Intel’s modem division, which came with 2,000 employees, its largest acquisition ever from an employee integration standpoint. (It spent $3 billion to buy Beats in 2014, but that company had fewer employees.)

“You’ve seen the announcement that we made around the Intel acquisition. Very important strategically for us. It requires upfront investment, of course,” Maestri continued.

Apple declined to comment beyond its financial statements and Maestri’s comments.

Apple has a “long-term strategy of owning and controlling the primary technologies behind the products that we make,” he said.

Apple now develops the processor inside its iPhones, for example, instead of buying off-the-shelf chips from companies like Qualcomm. That requires skilled engineers and specialized equipment, often hired or purchased in competitive markets, like Silicon Valley or Israel.

The strategy may be working. Apple also developed its own wireless Bluetooth chip, which was one of the key technologies behind the company’s AirPods, which is now a big part of Apple’s growth engine, wearable devices.

“And we’ve got the wearables area that is doing extremely well. We stuck with that when others perhaps didn’t and really put a lot of energy into this and a lot of R&D and are in a very good position today,” Cook said on the call.

Apple doesn’t discuss upcoming products. But it is probably also spending heavily on technologies that might take years to hit the market.

Apple’s “Project Titan” is reportedly working on self-driving car technologies, and has hired execs from Tesla and other companies. Automotive engineers and facilities aren’t cheap.

Apple has also invested heavily in augmented reality, a technology that uses sophisticated cameras and computers to place digital objects in the real world. Apple currently offers a set of developer tools to help make AR apps for iPhones, but Apple’s been posting a lot of job openings for “technology development” jobs that suggest it’s staffing up for a bigger swing at the market, which Cook previously said will be “profound.” Analysts and media reports say that the company is working on a set of consumer AR glasses.

Maestri said last week that Apple was comfortable with its operating expenses, which include sales and marketing in addition to R&D, and compared what Apple spends favorably with its competitors.

Another comparison: Apple’s R&D expense is still a fraction of what it spends on share buybacks. Apple said it spent $17 billion buying 88 million Apple shares during the quarter, over four times what it spent on R&D.