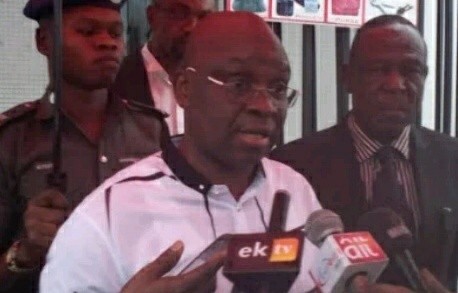 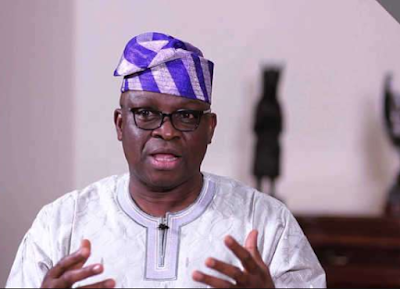 An Appeal Court sitting in Ado Ekiti, the Ekiti State capital today dismissed an interlocutory application brought before it by the EFCC against Governor Ayodele Fayose.
EFCC, in the application, sought to restrain the Zenith Bank Plc from allowing the governor to gain access to his accounts domiciled in the bank.
However, the Appeal Court panel comprising Justices Ahmed Belgore, Fatima Akinbami and Paul Elechi, in a unanimous verdict dismissed the application.
Reading the judgment, Justice Akinbami said, “No valid appeal has been made against the judgement of the lower court which unfroze the account. Again, the judgment the EFCC was appealing against was not attached to this application. EFCC also failed to show sufficient evidence that the money in the account was a proceed of crime as claimed. In doing this, we expect the EFCC to have shown evidence that the plaintiff has been tried for a criminal offence before for it to assume that he can receive the proceed of crime.
“We also found that there was suppression of facts to get the account frozen in the first instance. It was also noted that Governor Fayose, in line with Section 308, enjoys immunity and his personal account can’t be frozen.  Having not done all these as demanded by law and equity, as those facts were facts that would assist in exercising the court’s discretion either for or against as it is an application that is predicated on the discretion of the court, the application is hereby thrown out.”
The accounts were frozen back in June 2016 over allegations that they contained funds suspected to have been distributed through the office of the former National Security Adviser, Colonel Sambo Dasuki.
However, Justice Taiwo Taiwo of the Federal High Court, Ado Ekiti, unfroze the accounts in December 2016, after which the governor withdrew N5million from the accounts.  Consequent upon this, the EFCC filed an appeal against the judgement and prayed the court to freeze the accounts on the premise that the funds in the accounts were the proceeds of crime and pending the dispensation of justice on the matter to prove Fayose’s innocence.

Reacting to the judgment, Fayose’s lawyer, Mike Ozekhome (SAN) “Governor Fayose and myself have again been vindicated that EFCC’s operations have not been based on law but on emotion”.