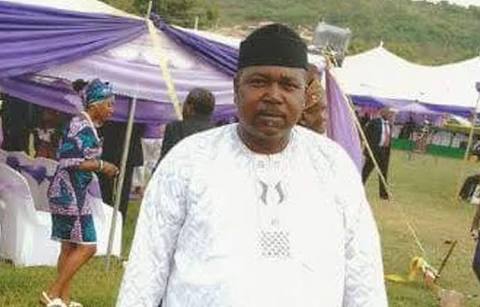 The Ekiti State chapter of the All Progressives Congress (APC) was thrown into mourning on Saturday as Mr. Tope Osatoyinbo, former Senior Special Assistant on Mobilisation to Kayode Fayemi,

suddenly died of cardiac arrest.
Osatoyinbo, who was a senior staff of the National Orientation Agency (NOA) before his demise, was Fayemi’s aide on mobilization in his first term in office between 2010 and 2014.

He later returned to NOA as a career officer after Fayemi lost the 2014 governorship election to Mr. Ayodele Fayose.

Osatoyinbo was said to have suffered attack at his residence at Omisanjana around 9pm on Friday and was rushed to Ekiti State University Teaching Hospital(EKSUTH) for medicare.

According to one of his political associates, the Ado Ekiti born NOA boss was aged 56 and was said to have lost his wife barely six months ago.

The State Director of NOA, Mr. Dayo Famosaya , who spoke with journalists in Ado Ekiti on Saturday , revealed that the deceased was at his duty post at his office located within the premises of Fayose estate along Ado-Afao road on Friday and exhibited no sign that he was ill.

Famosaya said: “He was at the office yesterday(Friday), because he was the next officer to me. He worked till around 4pm before we parted ways.

“Though before the close of work, he told me around 3.30pm that he wanted to attend the wedding ceremony of the daughter of the Ewi of Ado Ekiti, Oba Rufus Adeyeye , which he did.

“Tope told me he would be attending the ceremony in company of few friends and he actually attended the function which took place at the palace.

“I called him around 9pm after he returned home and we discussed some issues. It saddened me to hear this morning that he was rushed to
EKSUTH yester night after suffered certain sudden ailment and died in the hospital”.

Famosaya described the death as shocking and devastating in view of the quality services the former NOA’s boss had put into building his career in the federal government agency.

Osatoyinbo’s body has been deposited at the EKSUTH morgue in Ado Ekiti metropolis.