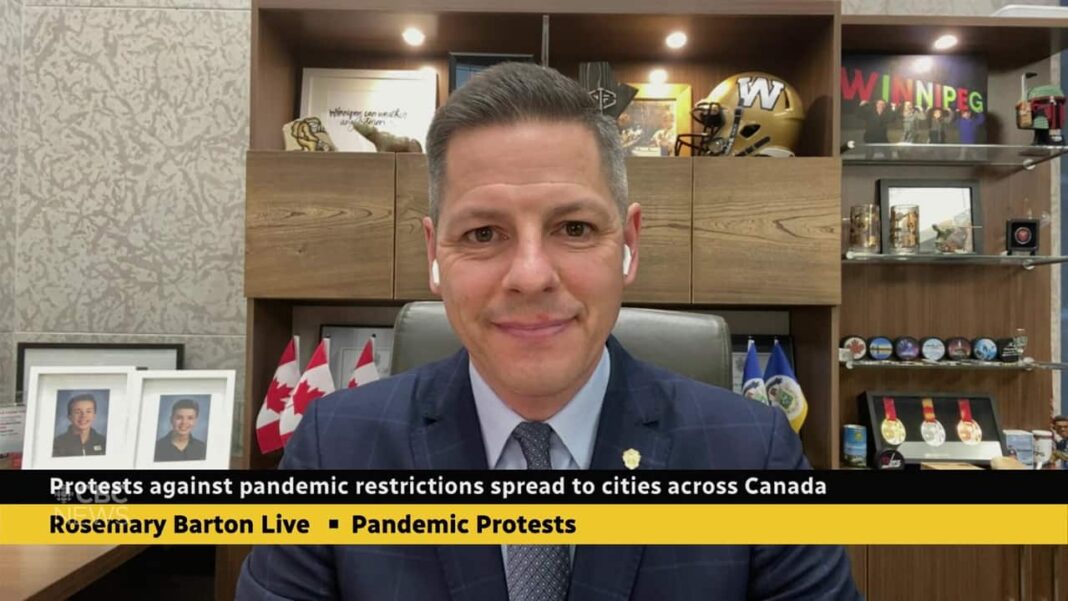 Winnipeg police are suggesting commuters avoid driving down Broadway on Monday morning, as a days-long protest against pandemic restrictions continues.

The convoy in Winnipeg brought semi-trailer trucks and other vehicles to the streets around the Manitoba Legislative Building starting Friday for a noisy protest where drivers honked their horns and also called for an end to federal vaccine mandates for truckers.

That evening, a man was accused of hitting four people in the crowd with his SUV. Three had minor injuries that didn’t need medical attention, while the other was treated in hospital and released, police said.

“In a country like Canada, folks are entitled to protest peacefully and lawfully without fear of injury,” Bowman said Sunday on CBC’s Rosemary Barton Live.

David Alexander Zegarac, 42, was arrested and charged with a number of offences.

Winnipeg Police Service spokesperson Const. Rob Carver said he couldn’t speak to the alleged driver’s motivation, but said the man made comments after his arrest that suggested it wasn’t about pandemic mandates. 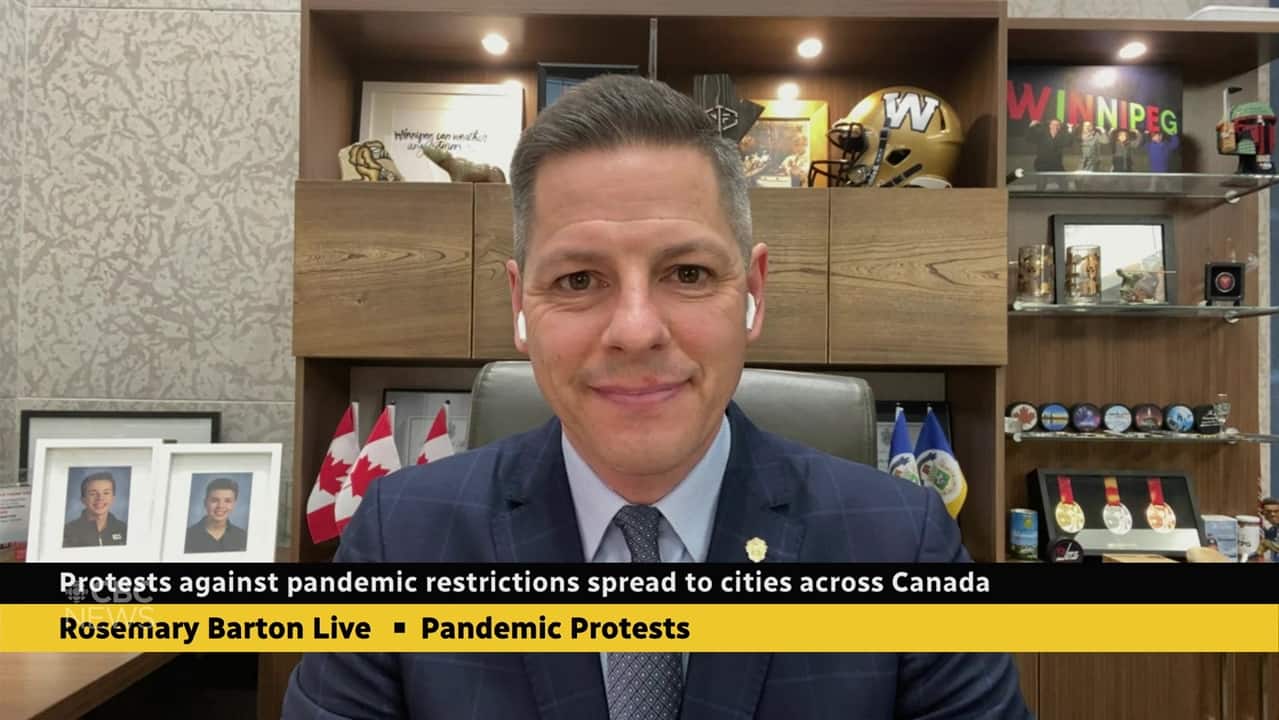 Protesters remained in the area throughout the weekend. As of Sunday afternoon, Broadway was still down to one lane in either direction and traffic was continuing to move very slowly, Carver said in an email. York Avenue was also still blocked at Memorial Boulevard.

“We are suggesting people look for alternate routes for the Monday morning commute,” Carver said.

Organizers of the rally did not respond to a request from CBC News on Sunday.

Protester Ben Ashley said while he’s been sleeping in his truck to stay at the rally all weekend, he’ll have to go back to work on Monday. But he doesn’t think the convoy will end anytime soon.

“I think there’s quite a few people that will stay. There’ll be people rotating in and out. As you [can] tell, I mean, there’s many people that are taking time out of their day to be here,” Ashley said.

The rally won’t end, he said, “until people from the Manitoba government come out here and actually want to discuss and talk — because that’s really what a lot of these people want to do, is they want their voices to be heard.”

But some experts aren’t so sure of the convoy’s potential staying power.

Nelson Wiseman, a professor emeritus of political science at the University of Toronto, said the current protests — where many organizers have said they won’t leave until all pandemic rules are lifted — just aren’t sustainable.

Wiseman said the irony of the situation is that many parts of Canada were already moving to slowly loosen restrictions before the widespread convoys appeared.

Kawser Ahmed, an adjunct professor at the University of Winnipeg’s political science department who researches extremism and radicalization, said he’s been watching the truck convoys across Canada from the beginning.

And what’s started to concern him is how a general anti-government ethos of the convoys seems in some cases to have been hijacked by racists, antisemites and other extreme groups.

While he too thinks it’s only a matter of time before the convoys wind down, as polarization heightens over topics like vaccine mandates he worries about what might come next.

“This is a very unique situation that we are going through. It is testing our nerves and it is also putting various social groups against each other,” Ahmed said.

“So I would say definitely it would end, but what I am not sure [of is]: at what cost? Because it would end eventually, and by that time we would definitely be [a] highly polarized nation with regards to vaccine mandates.”