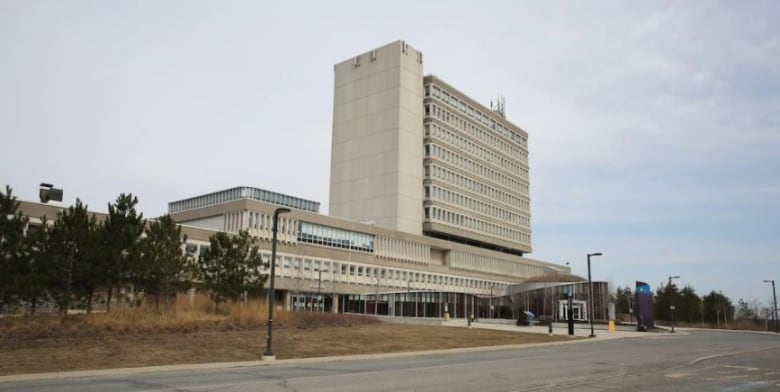 Monday was one of the worst days on record for the Laurentian University community, with the news roughly 100 professors lost their jobs and dozens of programs were cancelled leaving students, staff and other interests reeling.

“I found out the news on my program on Twitter … but then to see it officially confirmed in the email was just absolutely heartbreaking,” said political science student Katlyn Kotila, adding that the loss of a third of the Sudbury, Ont., school’s teachers is stunning.

“It’s an absolute loss, not just for the university, but especially for students.These students came to Laurentian to study with academics who are top of the class in their field. Many of these professors are doing incredible things in the fields that they study.”

As Laurentian manoeuvres the insolvency process, the job and program cuts are the most stunning development yet, the result of an academic senate vote last week that aims to help the financially beleaguered university restructure operations.

“I’ve got friends and colleagues whose lives are destroyed. It’s brutal,” said Albrecht Schulte-Hostedde, a professor in the department of biology and a Canada Research Chair.

“I have to go back to work, and how am I going to handle working for an administration that implemented this grossly inhumane and cruel plan? It’s very difficult.”

The biology department is not part of the School of the Environment, which has been shuttered, but the discontinued ecology and restoration biology programs are within the department where Schulte-Hostedde works.

“The entire legacy of the regreening of Sudbury has been wiped out,” said Schulte-Hostedde. “The university uses its expertise in environmental science and environmental studies in its marketing. Its strategic plan points out our expertise and productivity in those areas. It has wiped out the whole school of the environment.

“I am deeply deeply worried about my colleagues and friends. I am worried about the mental health state of all of the people who have endured this inhumane process we have been asked to go through,” he said.

“Every aspect of what made Laurentian unique — it’s Indigenous character, the francophone programs — all of that stuff is just gone.”

Gone as well will be money flowing into the Greater Sudbury economy, something Laurentian economics Prof. David Robinson said will be in the tens millions of dollars when teachers and students leave the community.

In the wake of the cuts, the professional programs were left intact.

“Which is kind of appropriate for the city; it’s the right general direction,” said Robinson.

“This is Canada’s big mining town. Right? This is the mining university for Ontario. And I see that they haven’t cut that part of the university.”

But the more academic programs are gone, said Robinson.

“We don’t have a lot of people coming to Sudbury. You really have to face that. When you have a decent arts scene, it’s hard to get partners to move to Sudbury in many cases. We’ve heard that a lot of times. So yes, that will hurt a bit.

“There is a whole cascading bunch of effects. The reputation effect is one. It doesn’t look good for a city that has been seen as a dirty mining town — and had changed its image to a large extent — to suddenly have its intellectual sector collapsing. That doesn’t look good at all.”

A spokesperson for the Canadian Federation of Students-Ontario (CFS-Ontario), which represents 350,000 students, said French courses represent the major proportion of program cuts and French-language students are being targeted.

Close to 40 French-language programs are gone, including midwifery — the only bilingual program of its kind and the only one in the North.

“Laurentian University is one of the most significant francophone institutions in the province,” said Sébastien Lalonde, president of CFS-Ontario.

“Francophone students are being told that their education, language and culture aren’t worth saving.”

“These groundbreaking programs have made significant contributions to Indigenous sovereignty, self-determination and decolonization through research and expansive curriculum,” the statement said.

“These cuts counter the Truth and Reconciliation Commission of Canada’s Call to Action #16: ‘We call upon post-secondary institutions to create university and college degree and diploma programs in Aboriginal languages.'”

CFS-Ontario says the CCAA process “was never intended to be used by public-sector institutions.”

“It is unacceptable that students, who have invested so much in their education, are impacted by financial challenges created by reckless administrative decisions and the erosion of public university funding,” said Kayla Weiler, CFS-Ontario’s national executive representative.

“The manufactured crisis at Laurentian could be stopped at any time by the Ontario government. The 2021 budget is the third budget in a row with reduced funding for post-secondary education. It is time to invest in all students no matter where they live in Ontario.”

For its part, the Ontario Confederation of University Faculty Associations (OCUFA) is calling for the resignation of Minister of Colleges and Universities Ross Romano.

“If Ross Romano had done his job, none of these cuts would have occurred,” said OCUFA president Rahul Sapra.

“Romano and the Ford government knew about the depths of Laurentian’s financial difficulties for months, if not years. They had numerous opportunities to take action to avert this crisis. Instead, they chose to do nothing and betrayed the trust of Ontarians.”

I urge people to pay attention, because what happened at Laurentian can happen anywhere.– Katlyn Kotila, student

OCUFA is calling on the province to “immediately invest in Laurentian University to avoid job losses, reverse these harmful cuts, support students and the Greater Sudbury community, and reassure public universities across Ontario that the government is committed to their success.”

For students like Kotila, whose future as a student is now up in the air, Monday’s news will be “an ugly stain on Laurentian University for many years to come.

“We’re losing so many incredible academics and in the process, we’re also going to be losing many students who will likely leave and go on to pursue academics elsewhere, now that their program is being cut,” she said.

“I urge people to pay attention, because what happened at Laurentian can happen anywhere. And so hopefully this never has to happen to any other post-secondary education or post-secondary institution ever again.”