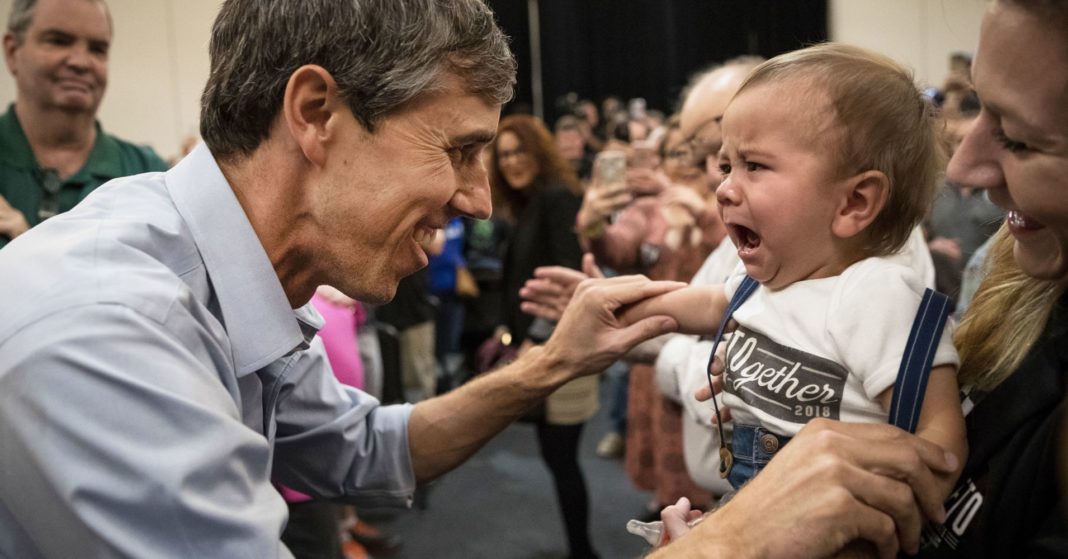 Democratic Rep. Beto O’Rourke just raised more money in three months than any Senate candidate ever has. But even his unprecedented cash haul may not get him past Republican Sen. Ted Cruz in red Texas.

The GOP incumbent has a comfortable — but smaller than expected — lead in recent polls as President Donald Trump heads to Houston to rally for him Monday night. Even as O’Rourke has tapped into Democratic energy to unlock fundraising success and national recognition, he faces a daunting task in trying to become the first member of his party to win statewide in Texas in more than 25 years.

The 46-year-old Democrat’s campaign took in a whopping $38 million in the third quarter, compared with $12 million for Cruz. O’Rourke, who has not taken money from corporate or labor political action committees, likely needs more cash relative to Cruz to keep up in a massive state where the senator has statewide name recognition.

Early voting in Texas started Monday as Trump tries to stir up GOP enthusiasm and prevent a stunning upset. Despite his staggering cash haul and quick rise to national prominence, O’Rourke still appears to be an underdog. No recent independent poll has shown him closer than five percentage points behind Cruz.

O’Rourke rallied with supporters in Houston on Monday ahead of the president’s rally for Cruz, who was one of the several Republicans who lost to Trump in the 2016 GOP primary. O’Rourke’s campaign did not immediately respond to a request to comment on the president’s visit.

An O’Rourke victory would alter the battle for control of the Senate, giving Democrats a much better chance of gaining control of the chamber than they otherwise would have. The GOP looks to keep or expand its 51-49 majority in the chamber.

The Senate race has garnered more national attention than contests in the red state typically do. It is the third most expensive Senate race this year, following only the tight contests in Florida and Missouri. O’Rourke and Cruz’s campaigns have raised a staggering $63 million, which trails only the roughly $70 million in cash taken in by the campaigns for Democratic Sen. Bill Nelson and GOP Gov. Rick Scott in Florida.

Independent outside groups have largely stayed out of the Texas Senate race, putting less than $8 million into it. However, they have piled money into competitive House races in Texas, such as the 7th District outside of Houston.

Trump could in part use his stop in the city to boost the 7th District’s GOP representative, John Culberson. His Democratic challenger, lawyer Lizzie Fletcher, has raised more money than Culberson and had about $500,000 more in cash on hand at the end of the third quarter.

Democratic and Republican outside groups have spent about $4 million and $2.5 million to oppose Culberson and Fletcher, respectively. Top forecasters consider the contest, as well as the race for GOP Rep. Pete Sessions’ 32nd District seat, a toss-up.