All About Game of Thrones’ Shocking Stark Family Reunion 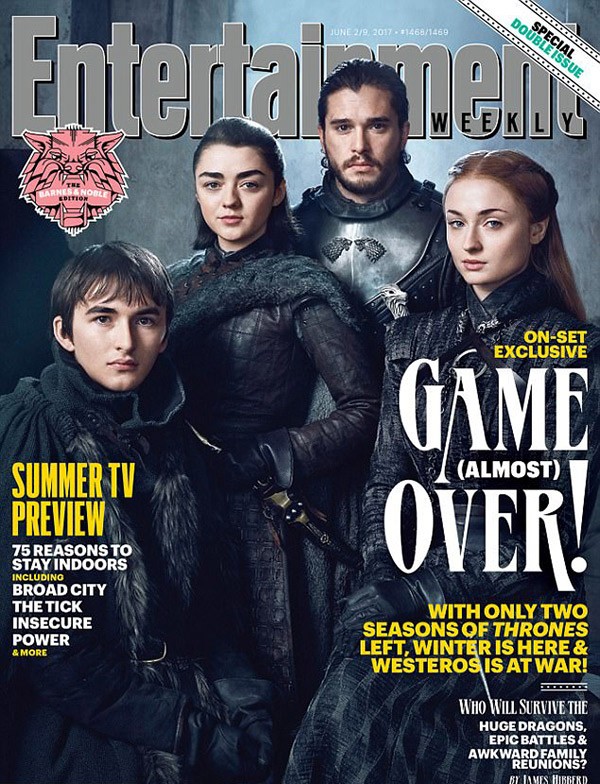 “I think it’s a major shock for Sansa,” Hempstead-Wright told EW. “She’s lost her brother once before when he fell out of that tower, and now Bran’s back but she loses him all over again. All the Starks have changed so much. Arya is like this ninja assassin. Sansa has been held captive by these tyrannical men and had to become politically cunning herself. But Bran is now this tree-raven-magic thing.”

Bran’s back, but it’s not the Bran Sansa remembers.

“I mean, it would be so amazing for them to get back together. I think it would be really awkward because they haven’t seen each other for so long. How do you sit down and tell your sibling all that you’ve been through,” Turner told E! News. “I think they’ve all changed so much over the course of seven years that it would almost be like meeting a stranger.”

“One of the things we loved about Game of Thrones from the very first book is it’s not a world where magic is the primary driver of the story, it’s a world where human psychology and behavior and desire are drivers of the story,” co-creator D.B. Weiss told EW. “We try very hard to make sure it stays that way because that’s a lot more relatable to the vast majority of the audience than magic powers — as much fun as those are. So with Bran, ideally you want to use him in a way that adds to the story and enriches the story and not in a way that’s a magic bullet to conveniently deal with things that you haven’t come up with a better way to deal with. So it was a balancing act to account for who Bran is now without letting that overtake the story.”

So they cut his training short. Bran’s not fully capable of handling the Three-Eyed Raven abilities. He doesn’t know how to fully work that computer.

As for Sansa, it looks like she’ll be having some difficulties in episode four. Check out the preview above.

See how much the characters have changed below.