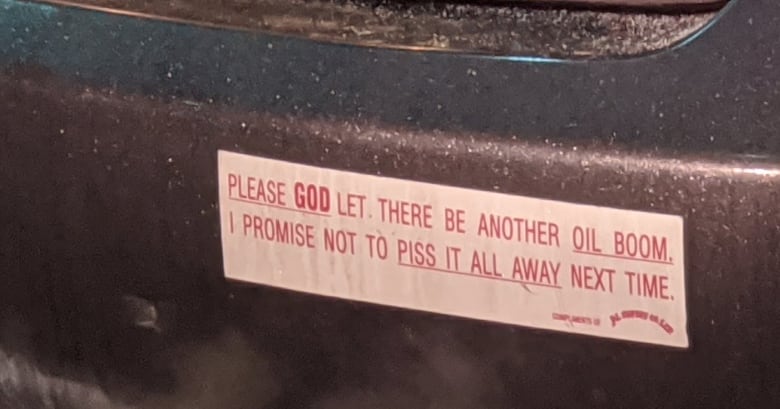 When Alberta’s oil sector was thriving a decade ago, thousands of workers beat a path to Fort McMurray, Alta., as companies pumped cash into ambitious growth plans.

We know how that ended — with a painful six-year downturn that, at one point, saw oil prices turn negative.

But as North American crude prices climb and rekindle talk of “booms” on the horizon, residents in northeast Alberta aren’t bracing for the same rush. They are, however, looking forward to better days ahead for their community.

“We’re not getting surges of new people coming into the region,” said Kevin Weidlich, chief executive of the Fort McMurray Wood Buffalo Economic Development and Tourism.

“Those that are here still have plenty of work to do.”

What’s more, some of the country’s largest oil companies reported a big turnaround in profits during the first quarter of the year, including Suncor Energy and Canadian Natural Resources.

Higher oil prices — sitting well above $60 US a barrel — are good news for oil companies striving to rebuild their balance sheets after the sector borrowed heavily to survive a long downturn. They could also help boost the provincial government’s books as oil royalties rise.

Mike Holden, chief economist at the Business Council of Alberta, said if the North American benchmark oil price averages above $60 US a barrel for the year, it could add roughly $3 billion more to Alberta’s bottom line than the government projected in February, when it budgeted for oil at $46 US a barrel.

But even with improving forecasts, observers don’t expect the oilpatch to return to the kind of capital spending, nor the hiring sprees seen before crude prices began their long, punishing slide in 2014.

Some companies appear to be playing it safe after enduring a particularly treacherous period; and there are still a lot of opinions on how high oil prices will climb and how long they’ll stay there.

“High prices are good for the oilpatch,” Holden said. “It’s really a question of how long will this be sustained, whether it’s a short-term blip or whether it continues on into 2022.”

But companies are also navigating a landscape that’s changed a lot in a decade, from shareholder expectations to carbon policies to the outlook for fossil fuel demand. The pace of the energy transition overhangs much of  discussion.

WATCH | Is carbon capture a solution for the oil industry and climate change?

There are differing viewpoints on the technique to capture carbon emissions and use the CO2 to produce more oil from aging reservoirs. 2:50

Not so long ago, oil companies could be expected to reinvest a good portion of their available cash back into future growth and new capital projects. It’s also what shareholders expected.

Now, shareholders are putting greater emphasis on profitability over growth, thus ensuring they get a return for their investment in an oil and gas company, such as in the form of a dividend.

“Even with high oil prices, we’re not going to see the same level of reinvestment into new capital projects because the whole mindset has changed in terms of providing real returns,” said Jackie Forrest, executive director of the ARC Energy Research Institute, an energy research firm based in Calgary.

“Therefore, not all that money is going to go into growth as it did in the past.”

A recent ARC forecast estimated total revenues for the Canadian industry could climb to $137 billion in 2021, their highest level since 2014. After-tax cash flow could reach $70 billion.

Of that $70 billion, ARC anticipates only a “fraction” will go to new capital projects. It expects about $7 billion reinvested in the oilsands and almost $17 billion directed to conventional oil and gas.

“Despite the fact that the industry is doing really well, they’re being very cautious with their money and not directing that to new projects or [capital expenditure] and things that would generate a bunch of jobs in the province that way,” Forrest said.

Still, she said the oilpatch is spending a lot of money — about $40 billion annually — on operating costs and maintenance, “and that is really significant.”

A pragmatic approach to higher oil prices is something Suncor CEO Mark Little emphasized in an interview with CBC News last week, even as the company beat analyst expectations by announcing net earnings of $821 million in the first three months of 2021, compared to a net loss of $3.5 billion in the same period last year.

“Crude prices on a certain day can still change by five per cent, so we need to be cautious here that we don’t get ahead of it,” he said.

Suncor also said it would stay the course with plans to cut its workforce. It said in October it would reduce total staff by 10 to 15 per cent, or as many as 1,930 jobs, over 18 months.

Cenovus Energy, which recently merged with Husky Energy, said in a conference call with analysts on Friday that the bulk of profits will continue to be applied to its balance sheet as it aims to lower its net debt.

“Things are looking up for the Canadian oil and gas sector,” said Morgan Kwan, senior vice-president of strategy and analytics at Enverus, an energy data analytics firm.

She believes this will lead to an “uptick” in capital spending, but not like the kind witnessed a few years ago.

“The other thing to keep in mind is the industry has just become a lot more efficient at what we do — so we don’t need as many workers or the same amount of activity to produce an equivalent barrel,” Kwan said.

A recent labour market forecast predicts the oil and gas workforce will contract this year, despite a slight increase in capital spending, followed by “modest” growth in 2022 and 2023.

Raymond James analyst Jeremy McCrea anticipates there will be increases in capital spending should commodity prices stay at these levels. An increase in oilfield activity would help service companies and drillers, which are still feeling the economic hit of the pandemic.

“You’re seeing a lot of these majors and junior companies really start to take the approach saying, ‘You know, maybe we don’t need to start working on having 20 years’ worth of inventory; let’s look at the stuff that we have now and try and be incredibly efficient with that and profitable,'” he said. “So you’re not doing any more big growth initiatives.”

Indeed, oil and gas companies everywhere are peering into the future as they try to figure out the best path forward while governments step up efforts to combat climate change. Even oil super majors are talking about energy transition.

It’s a big change from the boom of the 2000s, when oilsands development was focused on building new megaprojects. For many Albertans, those days may seem like part of a distant era, even as oil prices strengthen.

“It’s a welcome reprieve from the situation we found ourselves in, and Alberta has been sorely in need of a good news story,” said Holden of the Business Council of Alberta.

But a repeat of the heydays of the last oil boom and those massive investments?

“I don’t think that’s in the cards,” Holden said.