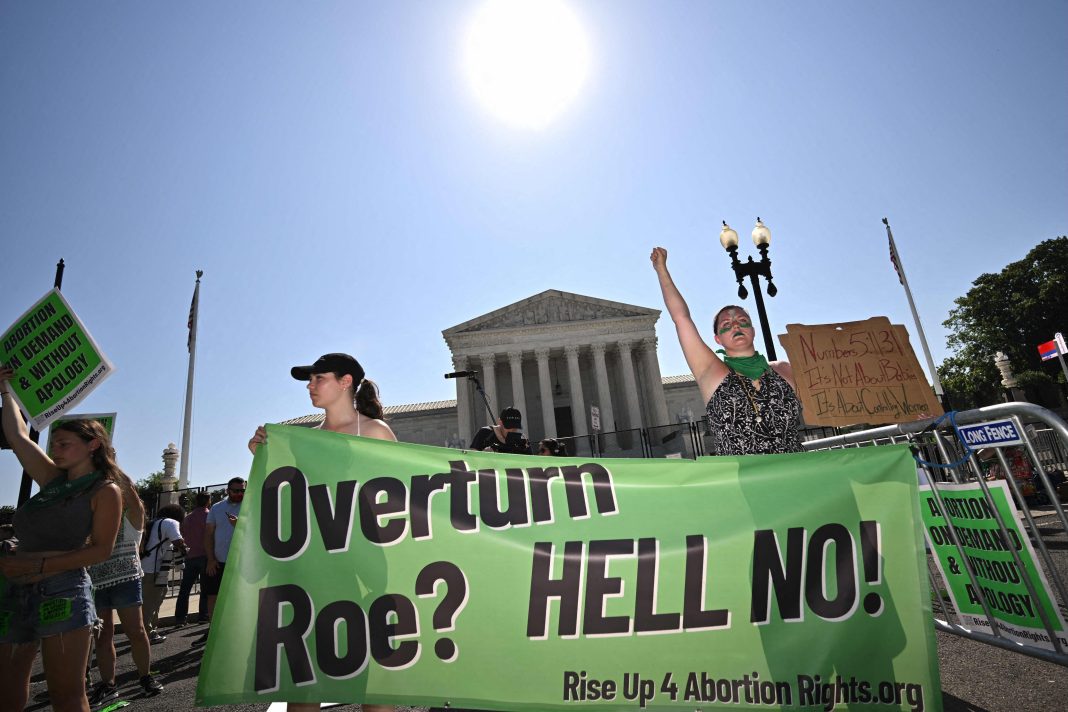 As Washington braces for what is expected to be a U.S. Supreme Court decision sharply restricting women’s reproductive rights, House Democrats are trying to put the issue front and center on the campaign trail.

“Republicans have made their extremist crusade against abortion crystal clear and to their own dismay an overwhelming majority of Americans strongly disagree with them,” said Helen Kalla, a spokesperson for the Democratic Congressional Campaign Committee, the campaign arm of House Democrats.

The timing is auspicious in that the Supreme Court is expected almost any day to formally hand down the ruling in Dobbs v. Jackson Women’s Health Organization, a draft of which was obtained by Politico weeks ago. The decision as drafted would largely gut the legal basis for abortion, leading to it being heavily restricted or completely banned in about half the states.

While Republicans for decades campaigned on rolling back the almost 50-year-old Roe v. Wade decision that legalized abortion in 1973, they’ve taken a much quieter tack since the draft’s release showed them on the verge of a major victory.

Capitol Hill Republicans preferred to shift the conversation away from the implications of the decision soon after the leak. Donald Trump, a two-time divorcé who courted evangelical support by successfully promising to appoint pro-life Supreme Court justices, notably did not tout the win in his recent speech to the Faith and Freedom Coalition.

“Unfortunately for these swing-district GOP candidates, we will be relentlessly reminding voters of Republicans’ out-of-touch views until November,” Kalla said.

And though not in a competitive district, the other Republican targeted is House Minority Leader Kevin McCarthy (Calif.).

While other billboard mock-ups seen by HuffPost include either a picture of a woman in shock or the faces of the candidates and verbiage accusing Republicans of wanting to “ban abortion” or “roll back women’s rights,” McCarthy’s says if Republicans win, “reproductive freedom is over” and includes a picture of McCarthy with Rep. Marjorie Taylor Greene (Ga.), a Republican Party firebrand who was removed from serving on House committees.