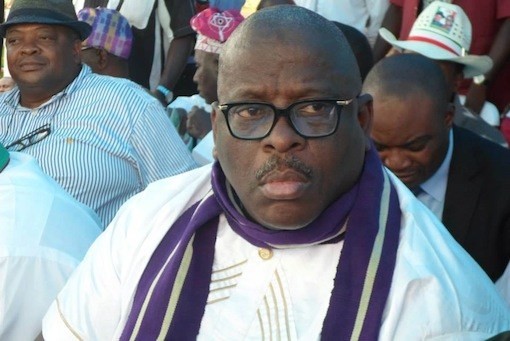 The Attorney- General of the Federation and the National Drug Law Enforcement Agency have agreed not to extradite Sen. Buruji Kashamu to the United States until the determination of all court cases on the matter.

Kashimu had gone to court to stop the two from extraditing him to face trial in the U.S over alleged importation of hard drugs.

Counsels to the two indicated the new position in a court process they filed before the Federal High Court, Abuja.

Kashamu had gone to the court to seek their committal to prison on the ground that they were planning to abduct and deport him to the United States, contrary to the ruling of the court.

However, at the resumed hearing of the matter on Tuesday, Kashamu’s counsel, Mr Akin Olujimi (SAN), told Justice Gabriel Kolawale that the threat of his extradition no longer subsist.

He, therefore, applied for leave to withdraw the suit against the AGF and NDLEA in view of the assurances given.

The counsel told the judge that all parties will now face the various cases pending at the Court of Appeal.

He said these were appeals that emanated from the refusal of the Federal High Courts to grant the extradition request.

Counsel to the AGF, Mr Tanko Ashang, and that of the NDLEA, Mr Mike Kassa did not object to the withdrawal of the case.

In his ruling, Justice Kolawale granted the leave sought for the withdrawal of the suit to allow the parties pursue their cases at the appellate court.

“In the light of the application to withdraw this suit and to move to Court of Appeal to pursue all pending appeals in respect of the extradition matter, leave is hereby granted for withdrawal of this suit,’’ Kolawale ruled.