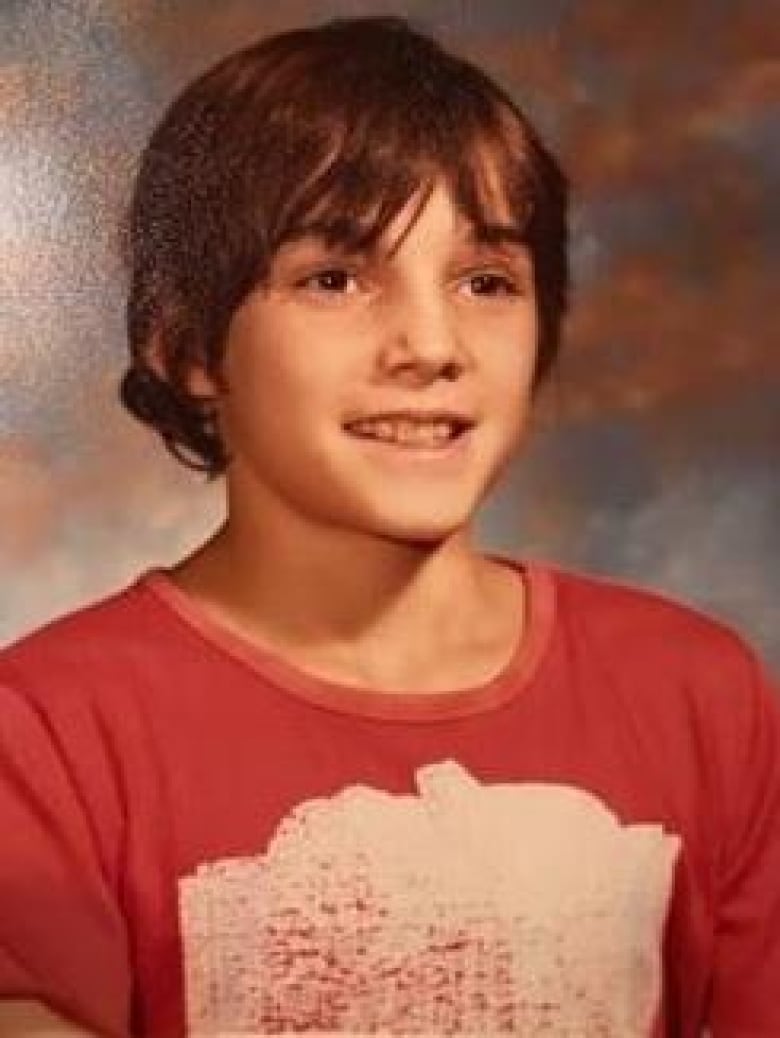 This December will mark the 40th anniversary of Stéphane Gauthier’s violent death.

The 12-year-old was kidnapped from Montreal’s Plateau neighbourhood on Dec. 21, 1982.

His naked body was found two days later in a field in an Anjou industrial park. Gauthier had been sexually assaulted and strangled. No one was ever arrested.

Gauthier’s half-sister was 15 when he died. CBC has agreed to keep her identity confidential to protect her family’s privacy.

“I never felt safe,” she said. “I was scared for my daughter because I knew it wasn’t just something that happens to other people.”

She has always worried there were more victims.

“He (the killer) was never caught,” she said. “How many people did he hurt afterwards?”

In the spring of 2019, the Montreal police created a cold case unit with six investigators devoted full time to unresolved homicides. Gauthier’s case is just one of hundreds dating back to the 1980s.

But more than three years after it started, some people are questioning the Montreal squad’s approach.

Except for a few rare instances, it has shied away from using social media to publicize old cases.

“I don’t see how you are supposed to generate tips,” said John Allore, a victims’ advocate who runs a website devoted to unsolved homicides, including that of his sister Theresa, who was found dead in the Eastern Townships a few months after she went missing in 1978.

“The whole idea of something being cold is it is on its last leg. The internal tools are not working anymore, so you need to do public outreach,” said Allore.

Stéphane Luce is the president of Meurtres et Disparitions Irrésolus du Québec, a non-profit organization that raises awareness of unresolved missing persons and murder cases in the province.

He says an active website where people can search information is an important tool.

“(Maybe) they’re afraid that they’ll have to weed through too many tips that may not lead anywhere,” said Luce.

He and Allore are also concerned about a lack of consistency at the top. The SPVM’s squad has had three different leaders in less than a year. Two of those bosses retired.

“That speaks to me of what I call pension-padding,” said Allore, who has noticed a similar level of turnover among cold case investigators too.

While Allore recognizes people move on and get promoted, it sucks up critical time every time an officer needs to be brought up to speed.

“I think they are going to need a win before anyone takes them seriously,” said Allore.

The pressure to do so likely increased earlier this month, after Quebec provincial police arrested a man in connection with the killing of student Guylaine Potvin, 22 years ago.

It was a major breakthrough for the SQ, which beefed up its cold case squad in 2018. Allore thinks the arrest will encourage the SPVM unit to raise its game.

More efficient to ‘work a bit in the shadows’

The former head of the SPVM’s cold case unit defended the squad’s low profile in an interview with CBC this summer.

“It’s probably more efficient for us to work a bit in the shadows,” said Lieut.-Det. Donald Simpson, who retired earlier this month. “We don’t want people expecting us to be coming around the corner, you know?”

No case is ever closed, but if there are no new leads — from DNA, a tip from a witness or information from another police department — Simpson said it won’t be actively investigated.

The odds of laying charges in cases from the 50s, 60s and 70s are not good, so the SPVM is focusing more on unsolved murders from the 1980s on, said Simpson.

“The evidence is better in those years too,” he said. “It’s less degraded.”

Although some police departments classify a case as “cold” after two or three years, Simpson said leads can dry up in as little as three months. If the homicide unit has tried everything, a case may be transferred to the cold case unit.

“If there’s something that requires more manpower and more specialized investigation techniques, we may take it over at a certain point,” said Simpson.

While he was in charge, Simpson’s goal was to work on special projects involving higher profile cases. If a murder was linked to drugs or fraud for example, cold case investigators would work with officers who have that expertise.

One such project was known as the Mégalo investigation, which led to the 2019 arrest of former mafia hit man Frédérick Silva. Silva was linked to several homicides, including Concordia University student Daniel Armando Somoza-Gildea, whom Silva shot outside of a bar following an argument.

Simpson said the unit also helped close the February 2021 case of 15-year-old Meriem Boundaoui. She was shot while sitting in a parked car in Saint-Léonard last year. This summer, two suspects were arrested and charged

But Allore points out that these cases are not what he would define as “true” cold cases. He is worried the squad is being redeployed to projects that aren’t really part of their mandate.

He also doesn’t think the cold case unit is using DNA testing to its advantage.

The SPVM declined CBC’s requests to interview the new commander of major crimes or the new boss of the cold case unit.

Family trees can be mined for clues

DNA from a crime scene is routinely compared to samples in the national database, which includes both convicted criminals and the genetic profile of unknown suspects. If there’s a match, it’s automatically flagged.

The lab also monitors cases that have a good chance of being solved with new technology.

“We’re in a new era of DNA identification right now,” said Diane Séguin, head of biology and DNA at the LSJML in an interview with CBC this summer.

The lab will discuss which evidence is retested with police because a certain amount of DNA is needed.

“So we have to be careful we use it properly,” said Séguin. “If there is not much DNA left, then we have to choose wisely.”

One of the tools Quebec’s lab is starting to use is genetic genealogy. The DNA of an unknown suspect can be uploaded to ancestry databases such as GEDmatch or Family TreeDNA, which thousands of people use to map out familial connections.

This method helped lead to the 2018 arrest of Joseph DeAngelo, the Golden State Killer, who pleaded guilty to murdering 13 people and raping dozens of women in California during the 1970s and 1980s.

Due to privacy concerns, people now have to opt in or consent to have their information used in police searches.

There may not be a match to the killer themselves, but if there is a match to distant relatives, a genealogist can construct a detailed family tree which can narrow down a potential suspect or short list of suspects.

The police would then lawfully obtain a DNA sample from that person and compare it with the crime scene DNA, said Séguin.

The lab also developed its own Y-chromosome database, which traces paternal ancestry. It can help match an unknown profile with a potential family name, said Séguin.

It’s a powerful tool, but sometimes, due to adoptions or adultery, the Y-branch is broken. It can also be tricky if it’s a common surname such as Tremblay or if the surname has changed over time.

The Montreal police department has also tried phenotyping twice, which can take an unknown suspect’s DNA and use it to predict their ancestry and physical traits such as hair, eye and skin colour.

In 2018, the SPVM tested DNA evidence found at the apartment of Catherine Daviau to develop a composite photo of what the suspect might look like.

The 26-year-old was sexually assaulted and killed in her Rosemont apartment in December 2008. The assailant then set her apartment on fire. The photo was shared with Daviau’s inner circle but not made public. The case remains unresolved.

The two cases the SPVM had phenotyped were outsourced to American companies, but Quebec’s forensic lab says it will be able to do testing in-house next year.

Although it can give investigators an idea of what a suspect may look like, it may be less successful for older cold cases as physical traits change a lot over 20 or 30 years, said Séguin.

The SPVM has not yet brought a case forward to the prosecutor’s office based on genealogical evidence, but Simpson said Quebec’s Director of Criminal and Penal Prosecutions is open to the idea.

There is a case being tried in Ontario that they are watching closely. If it is successful, Simpson said it will have a big impact on whether that kind of evidence is used in the future.

DNA may hold the key

The families of murder victims will be watching too.

Although there was some media coverage of Stéphane Gauthier’s murder initially, his sister feels it got lost in the commotion of the Christmas holidays that year.

She’s reached out to police investigators several times to see if there was any progress on the file.

About 15 years ago, she says she met with investigators and crime scene DNA was tested against a potential suspect, but it was not a match.

She has no idea if the DNA in her brother’s case has been retested since.

She knows there’s a chance the killer is dead but still wants to get answers for the boy she remembers as a sensitive, kind soul who loved his pet hamsters and dreamed of becoming a veterinarian.

“That’s what hurts. That someone took him away and that person was never punished,” she said.