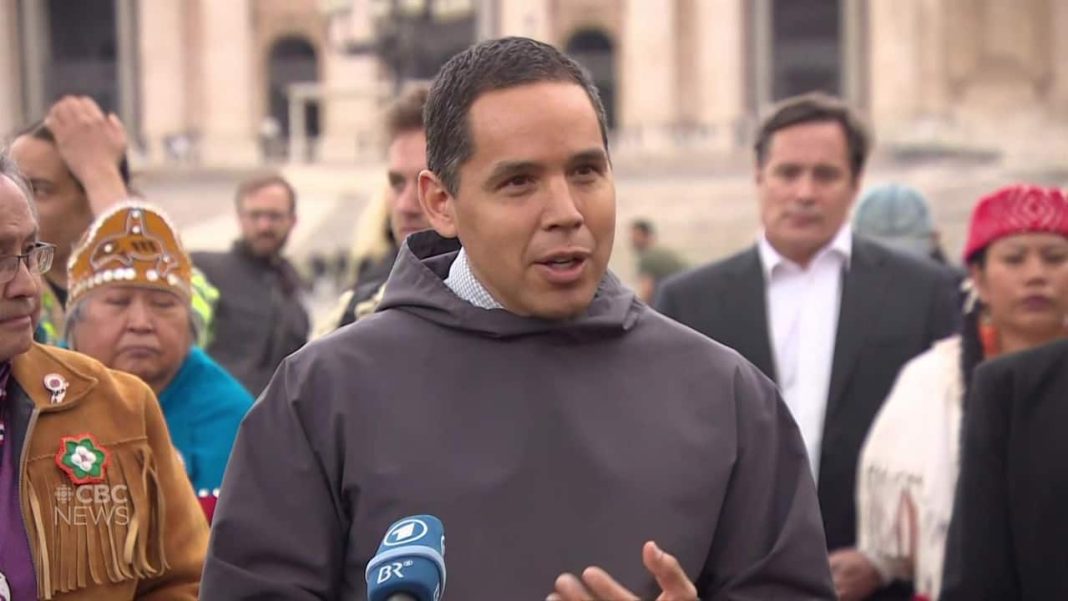 Standing outside of the Vatican on Friday, Adrian N. Gunner wanted to call his grandparents.

As the Quebec Cree Youth Grand Chief, Gunner had gone to Rome to meet with representatives of the Roman Catholic Church. Both his grandfather and grandmother had been forced to attend a residential school.

He said he hadn’t expected the head of the church to acknowledge the suffering and abuse that happened to Indigenous children in Canada.

“I was astonished,” said Gunner in an interview with CBC Montreal’s Daybreak, calling in from St. Peter’s Square.

“I’m at a loss for words, but I feel like today is definitely the first step.”

Pope Francis apologized Friday for the conduct of some members of the Roman Catholic Church in Canada’s residential school system, following a week of talks with First Nations, Inuit and Métis delegations.

“For the deplorable conduct of these members of the Catholic Church, I ask for God’s forgiveness and I want to say to you with all my heart, I am very sorry. And I join my brothers, the Canadian bishops, in asking your pardon.”

More than 150,000 Indigenous children were forced to attend residential schools between the 1880s and 1996, and more than 60 per cent of the schools were run by the Catholic Church. Other schools, such as the Mohawk Institute Indian residential school in Brantford, Ont. where Gunner’s grandparents were sent, were run by the Anglican Church, which issued an apology in the ’90s. 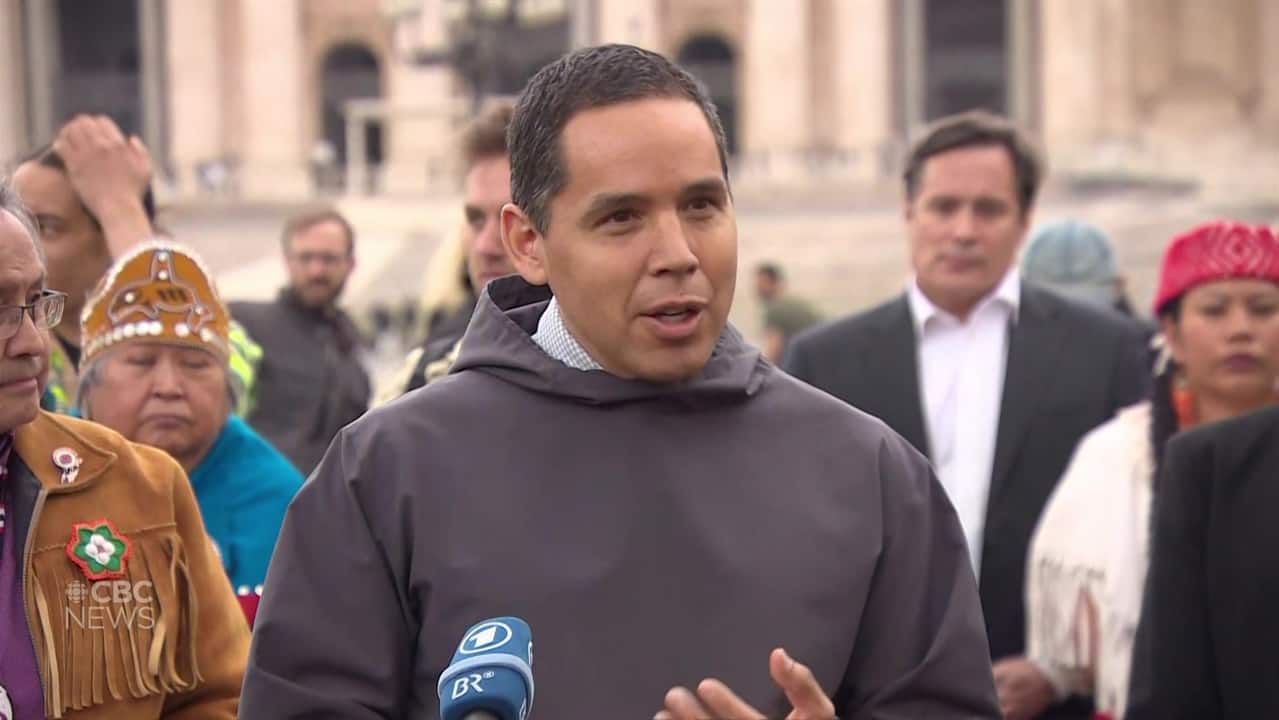 Gunner said it was important for young people to be present for the Pope’s apology.

“We’re the ones that are going to be taking the next steps after. To continue on the legacy and also to remember where we’ve been, and to know where we’re going,” he said.

The next step, on Canadian soil

Speaking to reporters Friday, Quebec Cree Nation Grand Chief Mandy Gull-Masty said the Pope’s acknowledgment of the abuse and mistreatment of Indigenous people had a far greater impact on her than just hearing “I’m sorry.”

“He really spoke about how chilling it was that there was a determined effort to instil a sense of inferiority, to rob the people of their cultural identity. The fact that that was acknowledged was […] really a pivotal statement.”

Gull-Masty was part of the delegation and said the Pope’s apology seemed sincere. Now, she’s looking forward to him meeting with survivors of residential schools privately on Canadian soil.

Pope Francis said he hoped to visit Canada “in the days” around the church’s Feast of St. Anne, which falls on July 26.

“To see our survivors, to hear their stories in person and to really share that moment intimately” will demonstrate his commitment to reconciliation, Gull-Masty said.

Jean-Charles Pietacho, chief of the Innu Council of Ekuanitshit, said survivors deserve at least that much.

“There were children who never came home to their families. The least the Pope can do is come, officially, to present his apologies to those families, to the nations,” he said.

Pietacho said he wants to see what concrete actions the church will take to back it up. He pointed to the fact that researchers looking into residential schools still don’t have access to the Vatican’s archives, for example.

Evidence suggests that some archival records regarding the institutions in Canada are now only available in Rome. Some have called for the Vatican to release the historic documents, which could help piece together what happened to some Indigenous children.

For Gunner, the Quebec Cree Youth Grand Chief, his role at the Vatican allowed him to honour his family’s legacy.

While in Rome, he presented a gift to the Pope: traditional snowshoes handcrafted by Waskaganish elder, Sanders Weistche. They weren’t unlike those his grandfather, former Cree Grand Chief Billy Diamond, presented to Pope John Paul ll, when he met with him in the ’80s.

“As I passed them on, I gave [the Pope] a message that symbolizes that we’re still here. Our language and culture are still very strong.”