After Appeal By Portland Survivor, More Donations For The Girls He Defended 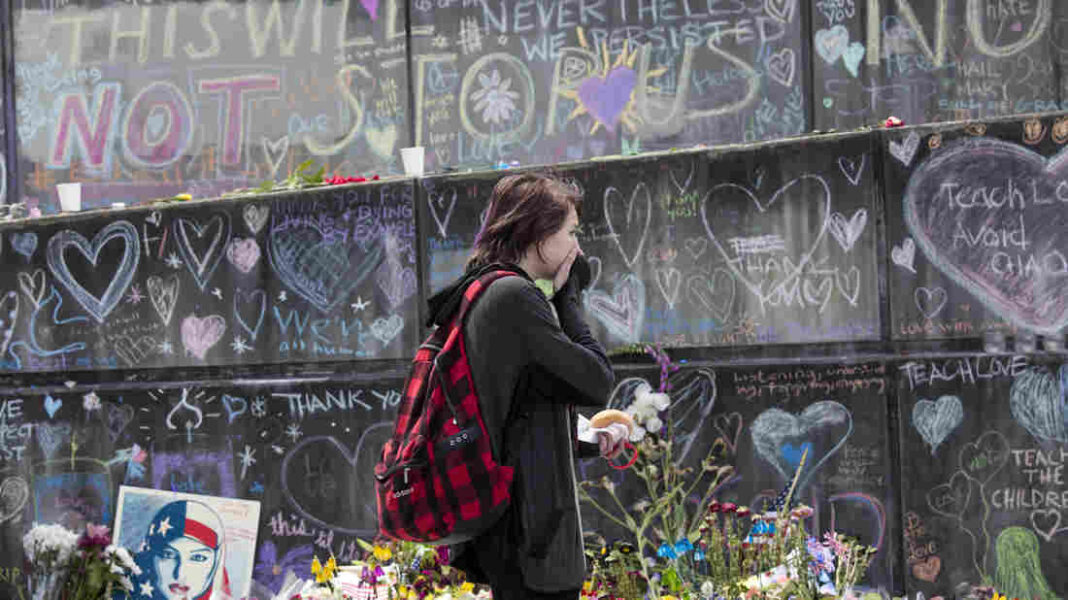 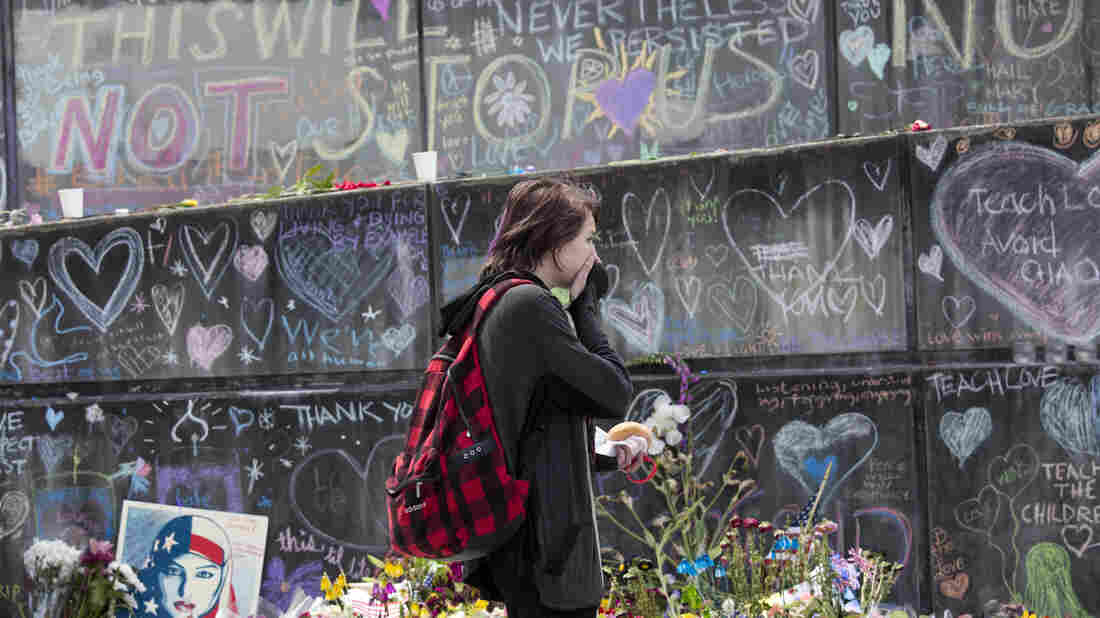 A woman looks at a memorial at the Hollywood Transit Center in Portland, Ore., on Thursday. Last week three men were stabbed, two fatally, after they stood up for two young women who were being harassed on a MAX train at the center. Natalie Behring/Getty Images hide caption

A woman looks at a memorial at the Hollywood Transit Center in Portland, Ore., on Thursday. Last week three men were stabbed, two fatally, after they stood up for two young women who were being harassed on a MAX train at the center.

Micah Fletcher, who survived last week’s stabbing attack on a Portland, Ore., train, was grateful for the massive outpouring of support he received.

But he was also concerned. Not by what he saw, but by what he didn’t see — support for the young women he stepped forward to defend.

“They are the real victims here as well,” he said in a video posted Wednesday, in which he called for more financial and emotional support for the teenage girls. In the hours that followed, donations to the young women more than quadrupled, according to the donation site YouCaring.

Fletcher was seriously injured last Friday, after intervening when a man on a MAX commuter train in Portland began shouting anti-Muslim invective at two teenage girls, one of whom was wearing a hijab.

The other young woman, 16-year-old Destinee Mangum, told a Fox channel in Portland about the hate speech. “He told us to go back to Saudi Arabia,” she said. “He was just telling us that we basically weren’t anything and that we should kill ourselves.”

Fletcher and two other bystanders tried to get the man to stop, and were stabbed. Fletcher, 21, survived the attack. Taliesin Namkai-Meche, 23, and Ricky John Best, 53, died. The two young women were not injured.

Many people were moved by the story of how Best, Namkai-Meche and Fletcher stepped forward to defend the girls. Crowdfunding campaigns started almost immediately, to cover medical costs and funeral expenses and help support the families. One fundraiser was launched by a local restaurant owner; another by a group of Muslims; one just for Fletcher was started by a friend of his.

There was a crowdfunding effort to help the young women, too, to raise money for mental health services and transportation.

By Monday afternoon, the fundraisers for the stabbing victims totaled more $1 million, The Oregonian reports. The fundraiser for the girls had less than 2 percent of that total — not quite $20,000.

By Tuesday, $1.2 million had been raised for Fletcher and the two other men’s families, and just over $30,000 for the girls, the paper says.

Fletcher addressed the disparity in a Facebook video he posted Wednesday.

He started by thanking all the people who had supported him. And he said that crowdsourcing efforts should continue for the two men who died: “There is no amount of money that will ever bring back their lost loved ones and anything you can donate — your time, your energy, your money, food, whatever, doesn’t matter — anything you can give to them you should.”

But Fletcher, who is a poet, then said he worried people were forgetting about the young women who were the initial target of the attacker’s hatred.

Looking directly into the camera, he said:

“I want you to imagine that for a second, being the little girl on that MAX. This man is screaming at you. His face is a pile of knives, his body is a gun, everything about him is cocked, loaded and ready to kill you. There’s a history here with this. You can feel that this has happened before. And the only thing that was different was the names and faces.

“And then a stranger, two strangers, three strangers, come to your aid, they try to help you, and that pile of knives just throws itself at them. Kills them. …

“I’m pretty sure my blood got on at minimum one of the so, so brave young girls that experienced that and still find ways to wake up in the morning and put smiles on their faces and trudge through the day and make their parents proud. And we need to remember that this is about them.”

He said that Portland has a “white savior complex” that was playing out in the response to the attack.

“I think it’s immensely, immensely morally wrong and irresponsible how much money we have gotten as opposed to how much support, money, love, kindness that has been given to that little girl,” he said, referring to one of the teenage girls he had protected. He said they were victims, too, and posted a link to the crowdfunding on their behalf.

“Make a status about the thoughts and prayers you have for them. … When a kid’s hurt like that we as a society, as a world, have a moral obligation to do something about it and to help.”

YouCaring, the website hosting the fundraiser for the teenagers, tells NPR that in the hours after the video went up, donations went from 15 per hour to 70 per hour.