After a stunning spring, Greens might hit their poll ceiling this summer

Green Leader Elizabeth May’s party has made gains in the polls over the last few months – but recent surveys suggest its momentum might have halted. (Sean Kilpatrick/Canadian Press)

Having scored a federal byelection upset and a provincial breakthrough, the Greens were riding a wave of momentum this spring — but that wave could be cresting as this pre-election summer begins.

After a few promising results in provincial elections in 2017 and 2018, the Greens pulled off a couple of firsts over the span of two weeks in April and May, forming the Official Opposition in Prince Edward Island on Apr. 23 and winning the federal byelection in Nanaimo–Ladysmith on May 6.

These events coincided with (and almost certainly propelled) a rise in the polls for the federal Green Party.

At the beginning of the year, the Greens found themselves with around six per cent support nationwide in the CBC’s Canada Poll Tracker, an aggregation of all publicly available polling data. With the exception of a few minor bumps and dips, that is where the party was polling consistently for most of the period since the 2015 federal election.

But on the day the P.E.I. Greens won nearly a third of the vote in that province’s election, the Poll Tracker showed the federal Greens at 8.5 per cent — a modest increase, but an increase nonetheless.

By the time the Greens won in the Vancouver Island riding of Nanaimo–Ladysmith, the Greens had jumped again to 9.3 per cent. Their numbers kept rising, reaching a peak of 11.6 per cent nationally in the Poll Tracker between the Jun. 18 and 26 updates.

The Poll Tracker now puts the Greens at 11.1 per cent support nationwide, a 0.5 percentage point slip for the party. That’s insignificant on its own but it reverses a consistently upward trend, suggesting the Greens might have hit their ceiling.

And that could have significant implications for their hopes of winning at least 12 seats and obtaining recognized party status in the House of Commons.

Normally, a drop (or gain) of a few tenths of a percentage point in the Poll Tracker isn’t noteworthy. But since multiple pollsters show the same trend line, it’s a signal that the Greens’ momentum could be grinding to a halt.

Two polls published in the last few days point to this trend. The four-week rolling poll by Nanos Research, out of the field on Jul. 5, shows the Greens at just under nine per cent support — a drop of about three points from four weeks earlier.

The poll found 34 per cent of Canadians saying they would consider voting Green, down from 36 per cent the month earlier. Just seven per cent choose Green Leader Elizabeth May as the best person to be prime minister, down from a high of 11 per cent on May 10. (At that point, May was well ahead of NDP Leader Jagmeet Singh on this question. Now she lags behind him.)

A survey by Abacus Data completed on Jul. 2 found the Greens’ pool of accessible voters down three points since the month of May to 41 per cent, with 30 per cent of Canadians holding a positive impression of the Green leader. That’s also down three points.

It’s a change of pace for the Greens, who have seen little but good news in recent polls. It doesn’t mean the bottom is falling out for the Greens or that their support is collapsing. But it does mean that it might not be growing anymore.

From great to merely good for the Greens

The Greens still have plenty of reasons to be pleased. The party’s electoral peak was in 2008, when the Greens captured 6.8 per cent of the vote in May’s first campaign as leader. Of the 78 polls published so far in 2019, only six of them have had the Greens below that score.

The Poll Tracker estimates the Greens would win five seats if an election were held today. They currently hold two — which already was their best election performance ever.

So the potential for the Greens to have a very good election in October is still high. But if the Greens have indeed hit their peak, then their odds of a great election look slim.

The Poll Tracker does put the Greens in the running for as many as 14 seats. That means they are theoretically within range of the 12 needed for recognized party status, which would give the Greens more resources and a bigger role in Parliament. 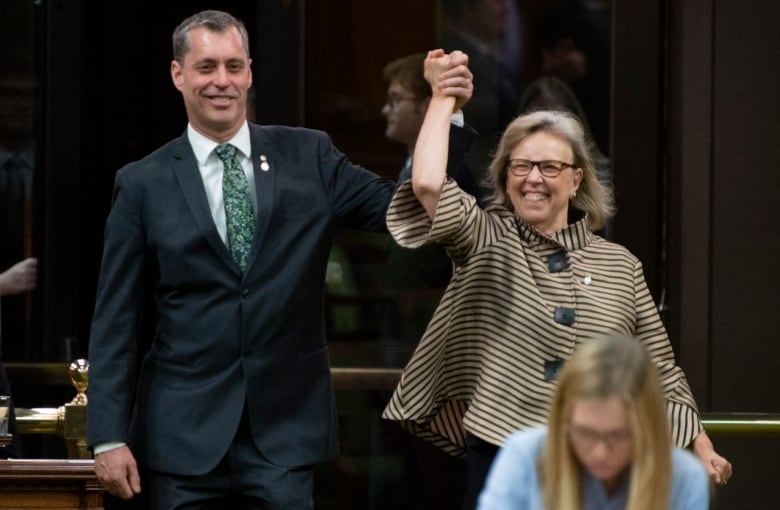 But many of those 14 seats are unlikely pick-ups for the Greens. In addition to the five where they’re currently favoured, there is one (or two or three at most) where the Greens would be considered to have an outside shot at their current support levels.

The Greens coming into contention in the rest of the 14 seats is only plausible if the polls are severely underestimating the party’s support — which would be the opposite of what has happened in nearly every election. In places like Quebec, the Greens also would need to be the lucky beneficiaries of four- or five-way vote splits.

The Greens probably need to be somewhere around 16 per cent nationwide to be in a position to win 12 seats. Peaking at just over 11 per cent puts them well short of that mark.

The campaign could change everything, of course. The Greens are now in the best position they have ever been ahead of a federal general election — within striking distance of where they need to be to achieve their electoral goals.

But they still have a lot of ground to make up against better-resourced and better-organized opponents — and could struggle to gain as much attention in September and October as they did when they were pulling off their surprising upsets this spring.