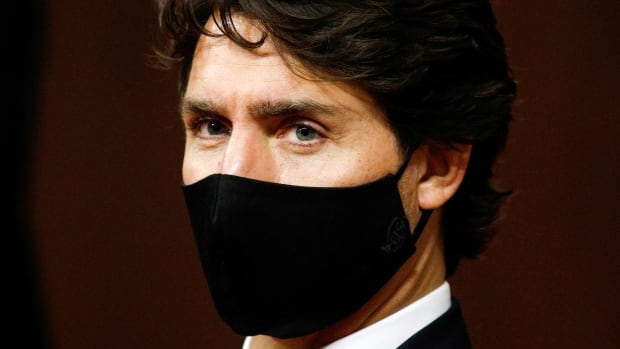 However grandly it’s staged, a throne speech is a difficult thing to judge. Just ask the opposition parties.

The first official review of Wednesday’s speech came from Candice Bergen, the deputy Conservative leader, who stepped to the podium and said that the 6,800-word address was “full of Liberal buzzwords and grand gestures with very little to no follow-up plan.”

In fairness, though, that’s really all a throne speech is. It’s a statement of intent, a collection of promises and interests, laid out over several thousand words. If the Conservatives have a real complaint to make here, it’s that they would’ve chosen different words (although they probably weren’t looking to support the throne speech anyway).

Going next, NDP leader Jagmeet Singh said those words were “nice words” but also “just words,” and that he was much more interested in talking about the first piece of legislation the government plans to introduce.

Words are easily dismissed, but words also make up a significant part of what we call politics. One way or another, they often end up mattering. Ideally, they should have power — not just over the listener, but over the speaker as well.

A promise to do (almost) everything at once

In that respect, the words of Justin Trudeau’s government gave that government a lot to do — and another set of benchmarks against which it can be measured.

There is a lot going on around the world right now. A pandemic is spreading illness and death, people are struggling, the planet is burning, communities are demanding redress for long-standing injustices and the structures of society are being questioned. In so many words, the Liberals signalled an interest on Wednesday in dealing with a lot of it.

“This is our generation’s crossroads,” said Gov. Gen. Julie Payette, reading the speech in the Senate chamber.

Some 2,000 words were given to what the government has done, is doing and will do to address the health threat and economic consequences of COVID-19. Included therein was a significant extension of temporary wage subsidies.

But the Liberals are also speaking to a post-pandemic world.

They’re promising “a significant, long-term sustained investment to create a Canada-wide early learning and childcare system” and an employment insurance system for the “21st century.” It wants “new, national standards for long-term care” and says it will “redouble” its efforts to combat systemic racism.

The Liberals promise to make “the largest investment in Canadian history in training for workers” and “generational investments” in modernizing the government’s computer systems to better deliver services to Canadians. Combating climate change is to be the “cornerstone” of a plan to create one million new jobs.

Those were just the new bits. Many of the promises the Liberals made during the 2019 campaign were restated on Wednesday; if there’s anything in the government’s pre-pandemic agenda that it’s willing or ready to set aside now, it’s not saying so yet.

The speech offered eight commitments to “accelerate” existing efforts. The government says it will “immediately” bring forward a plan to meet and exceed Canada’s greenhouse gas emissions target for 2030. Legislation to implement the United Nations Declaration on the Rights of Indigenous Peoples will be introduced before the end of the year.

The Conservatives suggested that the Liberals should have had more to say about “national unity” and the resource sector. The word “pipeline” does not appear anywhere in the text — though the construction of a federally owned pipeline is one thing that was able to carry on as planned over the last six months.

Conservative Leader Erin O’Toole commented on camera for the first time since he and his wife tested positive for COVID. 1:30

But almost everything else one might expect the government of a Western country to concern itself with right now was at least mentioned in the speech.

Trudeau has never shied away from talking about the overarching challenges and concerns of the moment. Over the last five years he has spoken about economic inequality, inclusion and pluralism, gender equality, reconciliation, racism, climate change and resource development. He has shown himself to be keenly aware of the value of speaking to issues that resonate.

That includes the current health emergency — which served as the basis for his request for time on the major television networks on Wednesday evening.

“We’re on the brink of a fall that could be much worse than the spring,” he told Canadians in those remarks — an attempt to shake off any complacency that set in over the summer.

Prime Minister Justin Trudeau spoke to Canadians in a rare national address from his office on Parliament Hill. 1:47

Trudeau’s challenge has been to live up to his words. Whenever he’s not making unnecessary trouble for himself, he is being asked (largely by his progressive critics) to explain how his actions match his statements. When those statements are lofty and loud, the gulf between words and deeds can be glaring.

The agenda Trudeau’s government laid out yesterday would be a lot for any government (though this throne speech was still somehow shorter than the 7,000-word opus that Stephen Harper’s government presented in 2013).

The provinces will have something to say about a national child care system and new standards for long-term care. EI reform is politically perilous. If reducing this country’s emissions enough to meet Canada’s target for 2030 was easy, it would have been done by now.

A plan for governing, campaigning — or both?

If the pandemic isn’t brought under control in this country — and if it appears to Canadians that the fault lies with the federal government — the Liberals might not get much of a chance to do any of it.

A majority government with four years ahead of it would find this a heavy agenda. Trudeau’s government can’t be sure that it won’t be in an election campaign next week.

If that happens, of course, this throne speech becomes a campaign platform.

For a long time, Trudeau’s assumption seems to have been that there’s value in speaking to great things, and to a great many things. It fits with a certain idea of what and how much a government should do.

It also can’t be said that there isn’t a lot worth talking about right now. But actions — or a lack of them — always end up speaking louder than words.