A surge in bitcoin in the COVID-19 era outshines gold, but can it last? 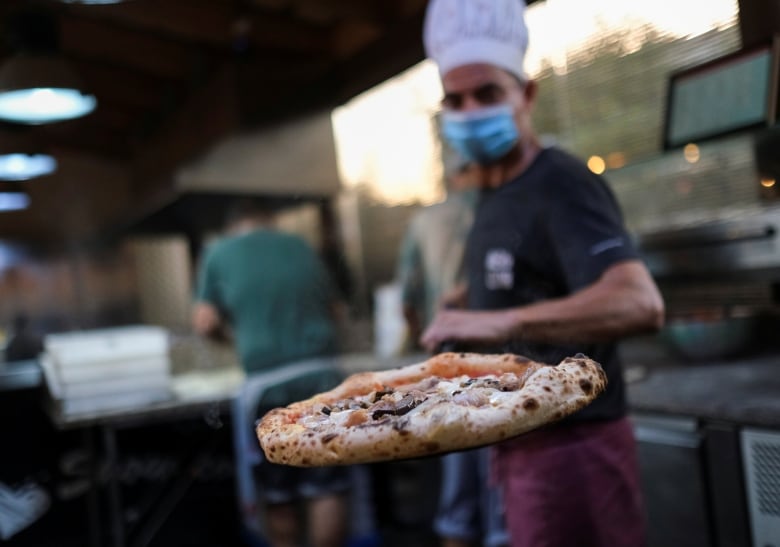 A return of bitcoin to its stratospheric highs has top financial experts scratching their heads and cryptocurrency boosters saying I told you so.

But while supporters insist that it’s different this time as bitcoin heads back toward its all-time maximum in December 2017 — which at current exchange rates was somewhere around $26,000 Cdn — many fear that inexperienced speculators are again going to get their fingers badly burned.

This time around, not only are the peculiar electronic tokens once more on a hard-to-explain upward tear, but as bitcoin has been rising, gold has been fallingduring the past month.

When I first wrote about bitcoin seven years ago suggesting that it was just like gold, investors in the yellow metal were outraged.

In retrospect, that article, “Gold and Bits, Two Sides of the Same Coin,” stands up surprisingly well. But in rereading the piece, the price sounds like a crypto typo: “On Thursday, the electronic currency plummeted to about $50 after hitting a Wednesday high of about $260” — an 80 per cent drop.

This time, an 80 per cent decline in the value of a single bitcoin would be about $20,000 — though that matters less since you can buy fractions of bitcoin. But why are people piling into the market now?

According to Hilliard MacBeth, an Edmonton-based financial author and guru who has been in the securities business for more than 40 years, the rush into bitcoin is just part of a wider phenomenon that might be related to the COVID-19 lockdown.

“I don’t know whether people are home and they don’t know what to do, so they’ve been speculating in markets,” said MacBeth, who describes himself as a cryptocurrency skeptic.

MacBeth says there are signs that, just like in the midst of the Great Depression, those who actually have money are bidding up assets, including stocks and real estate.

“One of the things that attracts people to bitcoin is they don’t trust the government,” MacBeth said.

But the strange thing is that despite a trend toward low trust in government, people are willing to trust the mysterious bitcoin founder, he said. Without government supervision, Canadians who may have had only a sketchy idea of how cryptocurrency works have lost small fortunes to people who have proven themselves not to be very trustworthy.

Cryptocurrencies are merely numbers in a computer, but of course that is no different from the Canadian dollars in your bank account or the tally of the debt you owe.

But while loonies have a value held roughly stable by the Bank of Canada — and while your savings and mortgage accounts are backed by the authority of your bank and its regulators — cryptocurrencies have neither of those two things.

Instead, virtual currencies are protected by encryption mathematics, such as giant passwords, that hide the name of the person that owns them but confirms that each token is valid. The value is set in the market. Unlike gold, cryptocurrencies are easy to transport and especially useful in places where domestic currencies are unstable or hard to trade.

While people may also be bidding up stocks or real estate, most financial goods have a notional way of setting their value — relating them to their present or future earnings, such as dividends or rent, and comparing them to market interest rates.

But for bitcoin, which is relatively detached from concrete methods of valuation, speculation has the potential to run wild. That can be great on the upswing. Bitcoin, which produce nothing now and are unlikely to produce anything in the future, are up more than 150 per cent this year.

Some see it fulfilling the role of a universal currency despite wild swings in value that have in the past made it almost impossible to use as a unit of trade on its own.

“Persistent low interest rates are the supposed rational explanation for continued interest in bitcoin,” huffed the staid Financial Times in its Lex column on Monday. “But there is little rational about cryptocurrencies.”

Paypal recently announced it would allow some traders to buy, hold and sell bitcoin from their Paypal accounts, and there are reports of a number of big buyers, including Paypal itself.

But while credible financial publications like the FT continue to voice caution about a “frenzy” or “mania” of speculation that can fall as sharply as it rises, young and inexperienced buyers of the tokens probably don’t hear them.

Instead, like so much information on the web, sober and traditional wisdom is drowned out by a cacophony of more raucous voices arousing FOMO — fear of missing out. A search of “how to buy bitcoin” will offer many thousands of options, most of which show you how easy it is and few of which emphasize the potential risks.

“There is no intrinsic value for something like bitcoin, so it’s not really an asset one can analyze,” then-Bank of Canada governor Stephen Poloz said back in 2017, just before the token hit its previous peak and subsequent crash. “It’s just essentially speculation or gambling.”

And just as in all speculation or gambling, the rules are simple: Only play when the house is reputable. Never gamble with money you can’t afford to lose. And difficult as it may be to know when that moment is, quit while you’re ahead.