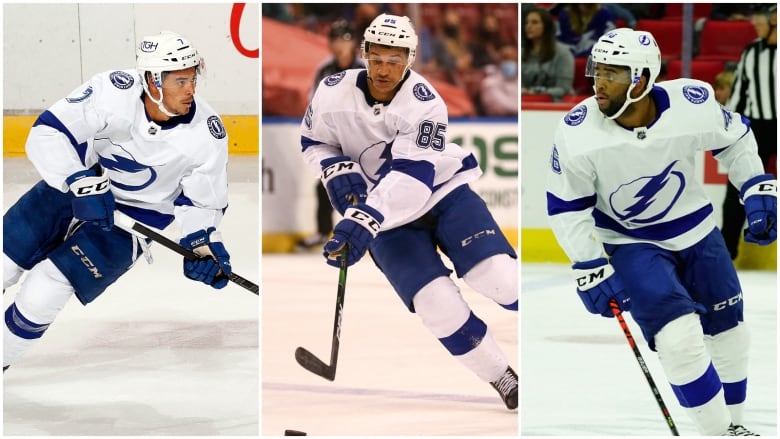 A historic night for Black athletes in the NHL brought back memories for Nova Scotian Percy Paris of his own days on the ice.

Such a sight is a rarity in NHL history — if not an absolute first.

“Those three hockey players that were involved in that event Monday night are there based on one thing, and that’s merit.”

Paris knows how that might have felt. About 50 years ago, he was part of the first all-Black line in Canadian university hockey. Paris’s line in the early 1970s consisted of Nova Scotian athletes playing for the Saint Mary’s Huskies, and included Bob Dawson from Dartmouth and Darrell Maxwell of Truro.

While they weren’t a line that played together often — since Dawson was a defenceman — Paris said now and again coach Bob Boucher had Dawson play forward.

“[He] just let us do our thing. There was no instructions coming from the coach at the time, it was just a tap on the shoulder and over the boards you went,” Paris said.

A moment of reflection

Thinking back to how he felt about stepping onto the ice with two other Black players by his side, Paris said it made an impression, but he didn’t give it deep thought because winning the game was top of mind.

“I couldn’t dwell on the fact, and how exciting and how much adrenaline this added to me, that the three of us were out there together in one line,” Paris said.

“But it was one of those things that you … think about and reflect upon, after the game is over.”

Paris, a former NDP member of the Nova Scotia Legislature, said his older brother played professionally in the Quebec Major Junior Hockey League (QMJHL) and coached, so he was used to seeing excellent Black players on the ice. But it wasn’t common.

Currently, only three per cent of NHL players are Black, even though teams have increased efforts in recent years to add to diversity within the sport through various feeder programs, some of them funded by the league.

Growing up in the 1950s, Paris said that while it was cheaper to play basketball or soccer, hockey wasn’t nearly as expensive as it is today.

He has fond memories of heading to the pond on weekends to play shinny with 20 or 30 kids and one puck. Paris said growing up in the hockey “mecca” of Windsor, N.S., learning to skate was like learning to walk.

“It was a natural progression. You fall in love with the game early in life and it stays with you forever,” he said.