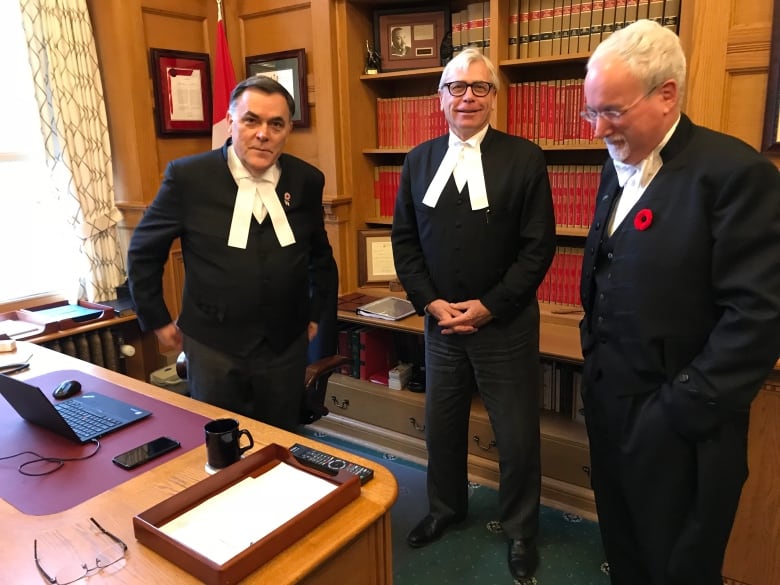 A wood-splitter. Tech support for an iMac mouse that just needed its battery recharged. A subscription to Palm Springs Life magazine.

Those are a few examples of questionable expenses allegedly submitted by two of B.C.’s top legislative officials, landing them at the centre of one of the province’s biggest political controversies in years.

In a sweeping 76-page report released Monday, House Speaker Darryl Plecas accused B.C.’s clerk of the House and sergeant-at-arms of flagrant overspending and inappropriate payouts of cash “in the range of a million dollars.”

Sergeant-at-Arms Gary Lenz and Clerk of the House Craig James have not been charged with any crime and have denied all wrongdoing. They said they read the allegations against them for the first time in Plecas’s report.

Lenz and James were suspended and escorted out of the legislature in November without explanation. 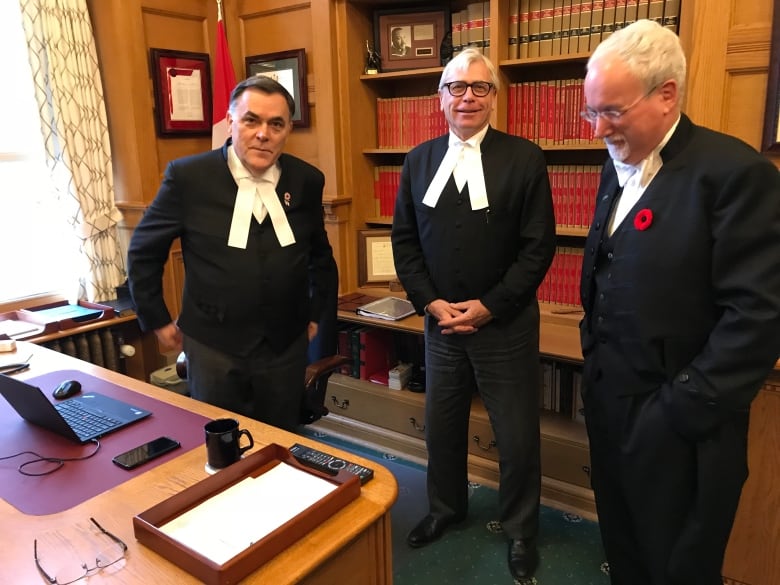 Plecas first called for the pair to be investigated last January. He explained his reasons for doing so in the report, which had dozens of expense forms attached.

An all-party legislature committee voted to release the report Monday and agreed to launch an audit of legislature financial issues, conduct a workplace review and submit that report to an auditor from outside B.C.

Here are eight of the most unusual allegations contained in the report:

Many of Plecas’s allegations centre around travel. The Speaker said he often questioned how much business was being done on work trips he took to the U.K. and a number of other locations along with James and Lenz.

Plecas said they stayed in luxury hotels, flew business class, claimed per diems when meals were provided and charged purchases to taxpayers — watches, chocolate bars, diaries and, on one occasion, “gunpowder mustard.”

“Throughout the trip, I was very surprised at how luxuriously we were travelling and how little we were doing for a work trip,” said Plecas, adding that he went along because he was new to the Speaker’s position and didn’t want to “alienate” Lenz and James.

On the way home from one trip to Europe, Plecas said he told James he expected to pay “a fair sum” in duties for the scotch he was bringing back. Plecas claims James told him, “Do as I do and don’t declare anything.” 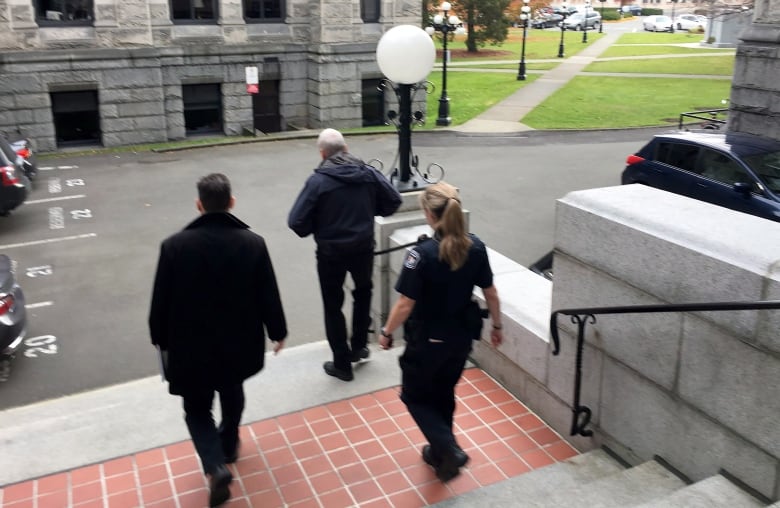 Lenz, centre, is escorted out of the legislature by security last November after he and James were placed on indefinite leave pending a criminal investigation. (Dirk Meissner/Canadian Press)

James and Lenz both submitted expense claims for suits from Ede & Ravenscroft, which bills itself as the oldest tailor in London, saying they were part of their work “uniforms,” according to the report. In total, James’s garb cost taxpayers $1,327.29 while Lenz spent $666.11, the report says.

In the Legislative Assembly, the sergeant-at-arms and clerk of the House wear a gown, vest, black or grey pinstriped pants and tabs — not suits.

Plecas alleged the pair would quip “part of the uniform” when making other inappropriate purchases on more than one occasion. 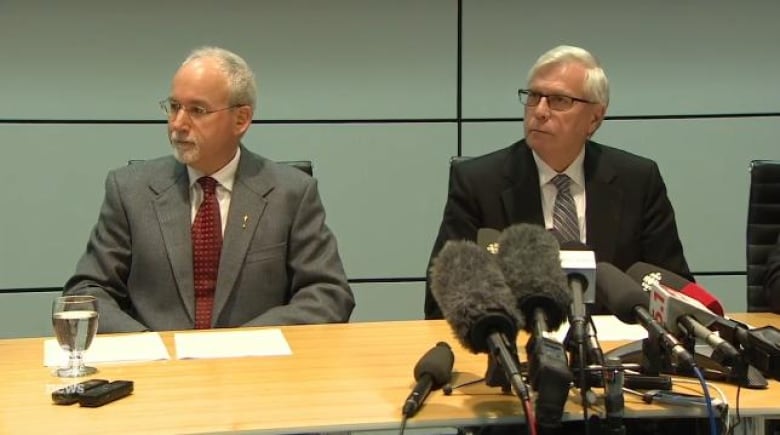 Lenz and James hold a news conference on Nov. 26. Both men had been suspended from their posts at the B.C. legislature on Nov. 20. On Monday, Plecas released a report detailing his allegations against the pair. (CBC)

Plecas claimed the pair took “inappropriate” cash payouts of cash in lieu of vacation, amounting to hundreds of thousands of dollars.

One year, Plecas claimed, Lenz took none of his officially recorded holidays and was paid out instead. The report says the assembly’s policy is that additional days are not to be paid out in lieu unless there are “extraordinary circumstances.”

Plecas said he heard the Legislative Assembly paid $3,200 for a wood-splitter and more than $10,000 for work tools and a trailer that never arrived on the grounds.

Instead, the Speaker claimed he was told the equipment went straight to James’s house, where he and Lenz used it to chop up their own firewood. 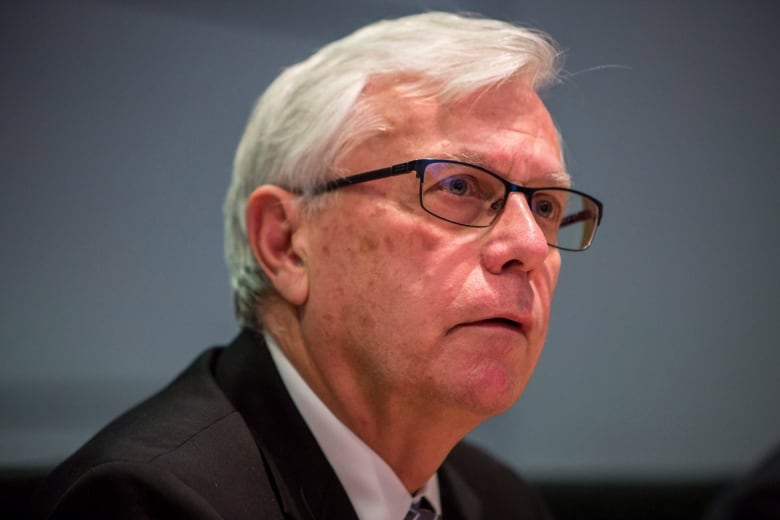 James makes a statement to the media in Vancouver on Nov. 26, 2018. (Ben Nelms/Canadian Press)

Plecas said he couldn’t understand the rationale for buying the splitter in the first place: to have on hand in case a tree fell on the grounds and needing chopping up afterward.

“The scenario seems very remote, and in any event — even assuming external Emergency Services were not able to attend and handle this scenario — a chainsaw and axe would appear to suffice,” Plecas wrote.

Plecas alleged James was reimbursed $785.85 for three calls to the computer support service Dial-A-Geek between April and August 2017. The report alleged one claim was for “new Apple products” at home, another was for a “new iMac” and hard drive at home, and the third was related to an “iMac with a weird zoom issue.”

The report also said the clerk expensed $121.80 to get help with his iMac’s mouse. Turns out, according to an attached receipt, the device had a dead battery and started to work when it was plugged into a charger. 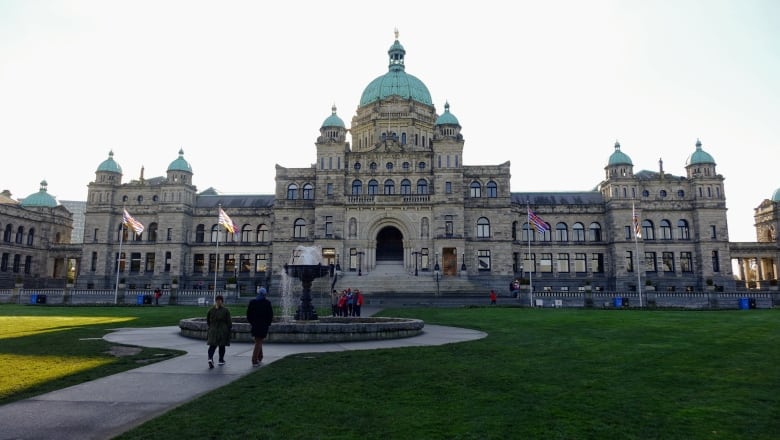 A view of the exterior of the Legislative Assembly in Victoria. The expenses scandal is one of the province’s biggest political controversy in years. (Mike McArthur/CBC)

6. An alleged truckload of alcohol

The report accused James of asking legislature employees to load his pickup truck with $10,000 worth of alcohol purchased by the legislature in 2013. The alcohol, the report said, was apparently left over from a conference or an event hosted by the clerk.

Plecas said he asked for receipts related to any alcohol purchased during the 2012-2013 time frame and received expense claims totalling $8,789.84, but it’s not known whether those are connected to the alleged truckload.

Plecas said the allegation is one of many that “still warrants investigation.” 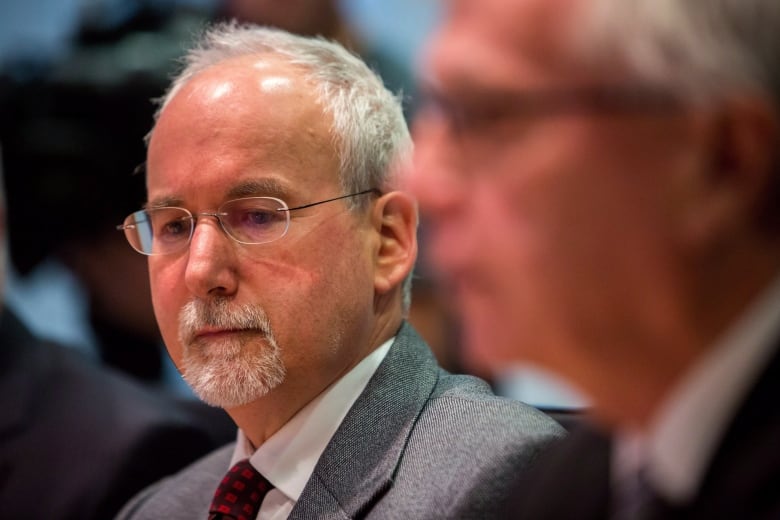 Lenz listens to James during their statement to the media in Vancouver on Nov. 26, 2018. (Ben Nelms/Canadian Press)

Plecas claimed he heard from former employees who said they were terminated without cause and without any notice of problems with their work.

He called it potentially “retributive or otherwise unjustified” firings.

“It appears that this practice of sudden without-cause terminations has fostered a culture [of] insecurity among staff in at least some of the departments at the legislative assembly that if employees spoke up about concerns or fell out of favour they could lose their jobs without warning.”

Read the full report below: