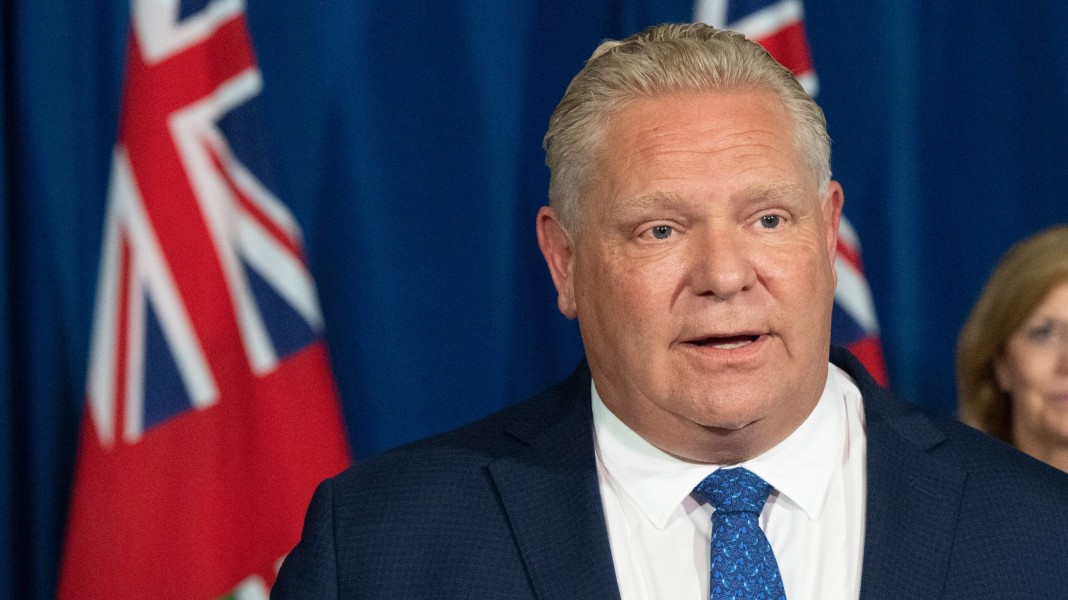 Ontario is tightening public health restrictions in five regions as hospitals say they are inundated with COVID-19 patients.

Those regions include Hamilton, which will move to the grey or “lockdown” level, joining Peel Region and Toronto, Premier Doug Ford’s government said late Friday afternoon.

Elsewhere, Brant County and Niagara Region move into the red or “control” zone, the public health unit for Kingston, Frontenac and Lennox & Addington moves into the orange or “restrict” zone, and Timiskaming moves into yellow or “protect.” The restrictions take effect Monday and will remain in place until Jan. 4.

The province says Hamilton’s rate of new COVID-19 cases has increased by about 25 per cent, to 103.3 cases per 100,000 people and the number of hospitalizations in the region has more than doubled in the last two weeks.

The province also confirmed the current lockdowns in Toronto and Peel Region will remain in place past Monday, when they were set to expire.

“The trends we are seeing here in Ontario are very, very concerning,” Ford told reporters before heading into an emergency meeting with his chief medical officer of health and other officials.

The public health unit for the Sudbury area was meanwhile moved down a level to green or “prevent” in the province’s colour-coded system of public health measures. 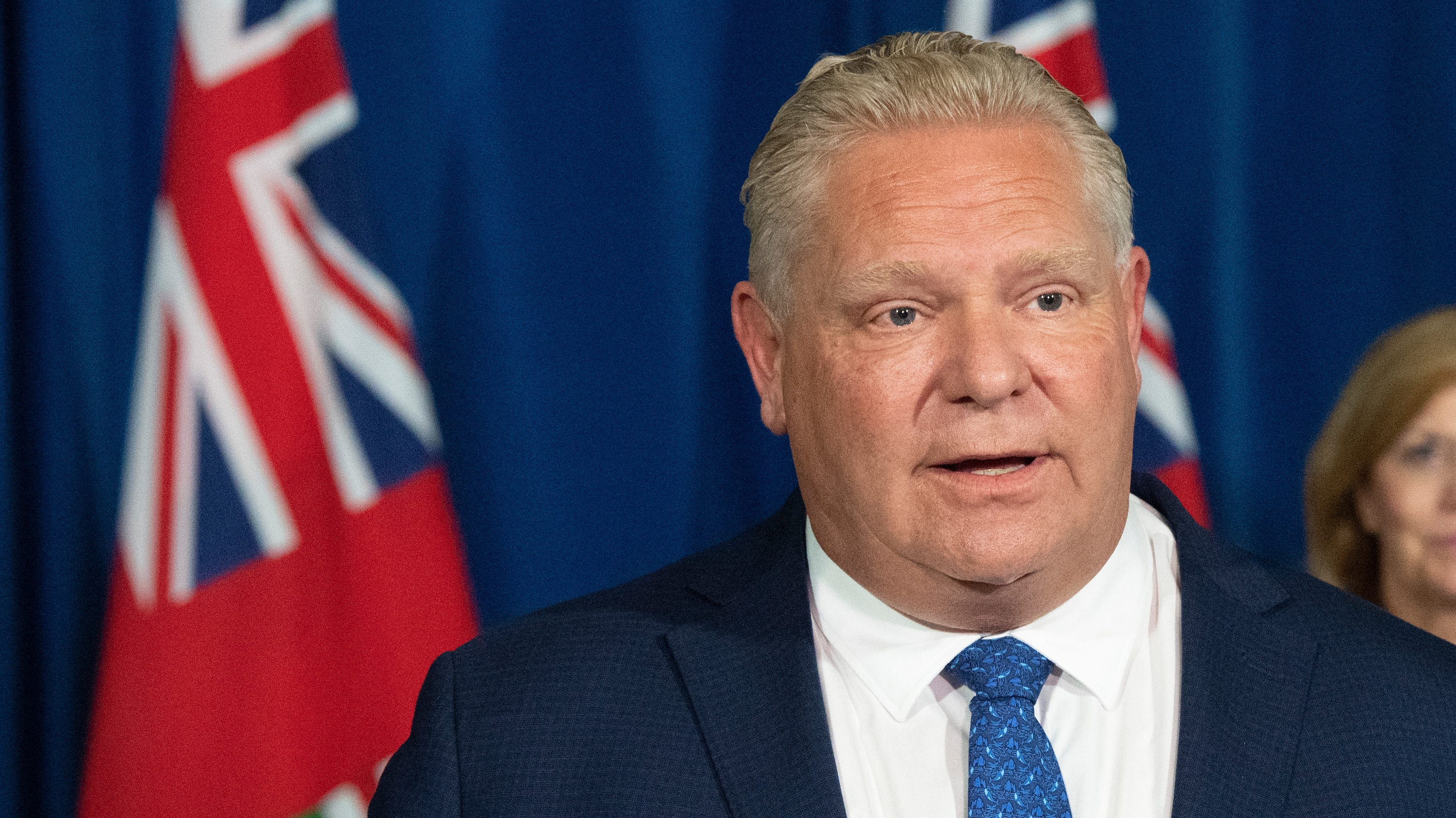 Ontario Premier Doug Ford says he’ll hold an emergency meeting with CEOs of hospitals this weekend before deciding how to tackle the rising number of coronavirus cases straining the province’s health-care system. 1:25

Earlier Friday, CBC News learned that Ford’s government was considering a lockdown across southern Ontario from Boxing Day until Jan. 11

Ford said earlier on Friday that the government would announce its next steps on Monday, after he meets with hospital officials and cabinet over the weekend.

Multiple sources in and outside government who are aware of the proposal for southern Ontario say that the lockdown plan is similar to what will take effect in Quebec after Christmas Day. The plan is to be put to a meeting of Ford’s cabinet Friday afternoon.

Quebec is closing all non-essential businesses and issuing a mandatory work-from-home order for nearly all office employees until Jan. 11 and asking all schools to go online-only for the first week that classes resume in the new year.

Northern Ontario would be excluded from all the lockdown measures, say the sources, who have knowledge of the plans and spoke to CBC News on condition they not be named.

The precise closures and restrictions in the widespread lockdown have yet to be decided, the sources say. However, one government source says in-person classes at schools would not resume in the areas under lockdown until Jan. 11.

Another source aware of the proposal described it as a modified version of Stage 1, the restrictions that existed across Ontario immediately after the first lockdown was lifted earlier this year. That source also says the government is considering imposing stricter measures in the Greater Toronto and Hamilton areas than in the rest of the lockdown zone.

There’s already some pushback to the possible lockdown.

Durham Region chair John Henry is calling on the province to consider keeping it in the less strict red zone, rather than in a full lockdown, saying the region wasn’t consulted on any potential changes.

Mississauga Mayor Bonnie Crombie called on the Ford government Thursday to lock down the Toronto and Hamilton area on Monday to drive down daily case counts.

Crombie said, while she acknowledges the disappointment of remaining in lockdown during the holiday season, the situation at hospitals in Peel Region, of which Mississauga is a part, remains dire and stricter measures are required.

Toronto Mayor John Tory said he supports the idea of a lockdown in the city’s area, noting that right now, it’s still easy for people to travel from Toronto to less-affected areas, especially during the holiday season.

My statement below on Mississauga remaining in the Province’s Grey lockdown zone. <a href=”https://t.co/gnSJoFwH6F”>pic.twitter.com/gnSJoFwH6F</a>

Specifics not yet decided

A senior government official, however, told CBC News that the sources are getting ahead of themselves.

The official said the duration of any lockdown is yet to be decided and said it is not certain that in-person classes at schools would be cancelled in the lockdown areas.

Before his cabinet meets, Ford is set to sit down with top hospital officials for an emergency meeting as the rising number of COVID-19 cases puts increasing strain on the health-care system in the province.

The meeting comes as public health officials reported 2,290 more cases of the illness Friday morning and 68,246 coronavirus tests completed. It is the fourth day with more than 2,000 new cases in the province. Another 40 deaths of people with the illness were also reported.

In a tweet, Ford said the discussion with hospital leaders will focus on “next steps to break the concerning trends in cases and hospitals in our province.”

As he has often repeated throughout the COVID-19 pandemic, Ford said “everything is on the table when it comes to protecting the health of Ontarians.”

WATCH | Here’s what Ford said about a potential further lockdown on Thursday: 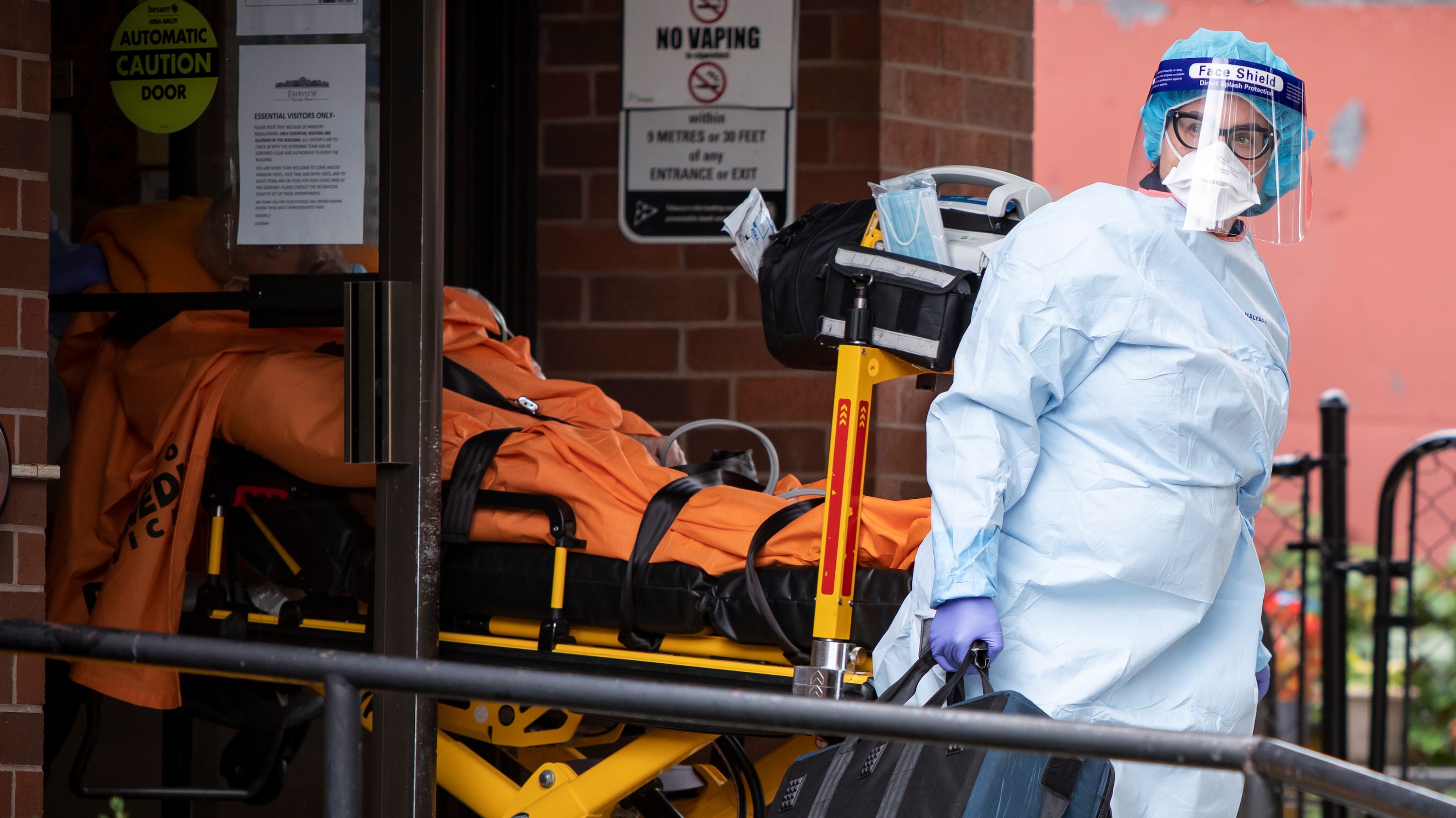 There are many things to consider before Ontario will tighten its lockdown of the province to slow the spread of the coronavirus, said Premier Doug Ford. But he said he will not make a ‘snap’ judgment about which course to take. 1:34

In a statement released Friday, the Ontario Hospital Association (OHA) said it is hopeful the government will heed the advice of hospitals during this time.

The association said its members were “grateful” that Ford, along with Health Minister Christine Elliott and the province’s chief medical officer of health Dr. David Williams “were able to hear firsthand, from hospital leaders from across the province, about the extremely serious situation many organizations are facing and the severe pressures they are under.”

The OHA is calling on the Ford government for “urgent implementation of stricter and more robustly enforced public health measures,” and also asking municipal leaders to get on board to support the action.

“On the cusp of the holiday season, should stricter measures not be put in place, and should the public ignore public health advice and choose to gather over the holiday season, the consequences risk overwhelming Ontario’s hospitals,” the statement says.

“Ultimately, every health care system has its breaking point.”

LISTEN | ‘This could be your family,’ Toronto doctor warns:

Metro Morning7:00‘This could be your family:’ Dr. Michael Warner on losing 5 isolated, COVID-19 patients this week

There are more COVID-19 patients in intensive care units right now than at any other point in the pandemic. That’s led the Ontario Hospitals Association to call on the Premier to tighten restrictions and impose harsher lockdowns. 86 more people died from COVID-19 this week and five of them were being treated at the Michael Garron hospital ICU where Dr. Michael Warner works. He reflects on the state of COVID-19 in Ontario. 7:00

The other public health units that saw double-digit increases are:

(Note: All of the figures used for new cases in this story are found on the Ontario Health Ministry’s COVID-19 dashboard or in its daily epidemiologic summary. The number of cases for any region may differ from what is reported by the local public health unit because local units report figures at different times.)

Combined, the additional cases push the seven-day average of new daily cases to 2,089.

Close to 18,000 active cases across province

The Ministry of Education also reported 133 new cases that are school-related: 111 students and 22 staff members. Around 957 of Ontario’s 4,828 publicly funded schools, or about 19.8 per cent, have at least one case of COVID-19 while 22 schools are currently closed because of the illness.

There are now 17,742 confirmed, active cases of COVID-19 throughout the province, the most at any point during the pandemic.

They come as Ontario’s network of labs processed 68,246 test samples for the novel coronavirus and reported a test positivity rate of 3.9 per cent. There are another 81,235 tests in the queue waiting to be completed.

The 40 additional deaths of people with COVID-19 increases the official toll to 4,098.

Also this morning, the provincial government announced that doses of the Pfizer-BioNTech vaccine will be shipped to 17 additional hospital sites over the next two weeks.

The distribution is part of the initial phase of Ontario’s immunization campaign, which is focused primarily on front-line health-care workers and essential caregivers who work in congregate settings for seniors, such as long-term care homes.

The province expects about 90,000 total doses of the vaccine to arrive before the end of the year.

Speaking to CBC News yesterday, retired general Rick Hillier, the head of Ontario’s vaccine distribution task force, said that about 2,000 people have received their first dose of the vaccine this week. The Pfizer-BioNTech vaccine requires two doses, about 21 days apart.

In addition to the University Health Network in Toronto and The Ottawa Hospital, vaccine doses will be available at: