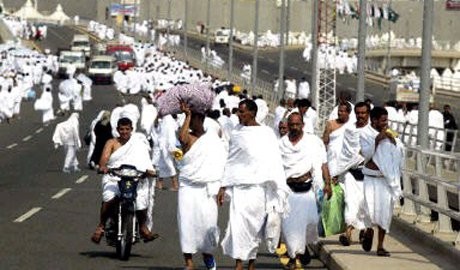 ILORIN—THE first batch of 460 pilgrims billed to perform this year’s Hajj from Kwara State were, yesterday, airlifted to Saudi Arabia from Ilorin, the state capital, aboard a MEDView Airlines’ plane.

Speaking on the exercise, the state Amirul Hajj, Professor Jamiu Sulyman, commended the state government for making adequate arrangements for the early airlift of the pilgrims.

Sulyman disclosed that there will be three flights from Ilorin zone for this year’s Hajj operations.

Also speaking at the airport, the Managing Director of MEDView, Alhaji Muneer Bankole, said his airline will airlift pilgrims from Kwara, Ondo and Ekiti states, with three categories of aircraft.