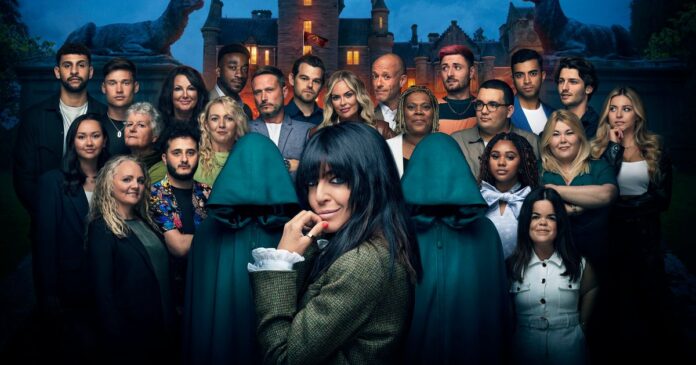 Move over Love Island, everyone has a new favourite reality show – The Traitors.

For those who haven’t seen it (firstly, where have you been?!), the BBC series sees a group of contestants heading to a Scottish castle where they collective have to try and find the titular “Traitors” among the cast who are ready to “murder” them all in a race to win a huge cash prize.

On paper, it all sounds a bit like a real-life game of Cluedo, but in reality, it has proved to be addictive, compelling and completely bonkers viewing, and we cannot get enough.

We’re not the only ones either – since launching at the end of November, the show, which is hosted by the brilliant Claudia Winkleman, has barely stopped trending on social media.

Twitter has been awash with hilarious commentary and memes, so here are 38 tweets that sum up the the absolute chaos and savagery of The Traitors…

When you think about the actual ingredients of the show, it sounds pretty mad, but it absolutely works…

It’s like a murder-mystery YA novel but on TV and with constant cliff-hangers!

The Traitors is the best thing the BBC has done in years. Absolute chaos, camp as Christmas, Claudia Winkleman in increasingly massive jumpers. Flawless

I absolutely love The Traitors. The lies, the deceit, the tears, the murders, the back-stabbing. And of course, @ClaudiaWinkle makes it! Fucking love it. TV Gold. #TheTraitors

Me when I started watching The Traitors: what on earth am I watching
Me, three episodes in: WHO IS GETTING MURDERED NEXT I HAVE TO KNOW#TheTraitors

The cliffhangers are more brutal than Love Island’s, and that’s saying something…

The Traitors pulling that cliffhanger at the end of the episode… I’m sorry but I’m not here for this. I’m not watching ITV. I need a satisfying conclusion to each episode like on Survivor.

Claudia’s outfits have become their own meme…

The camp and sinister atmosphere she brings to the show has made her the perfect host, too…

I honestly cannot imagine ANYBODY who would be a more perfect host of this show than Claudia. #TheTraitors

Just watched 3 hours of #TheTraitors with my housemates and can confirm it’s the best reality show in years. This is what happens when you take away forced romance and have a genuinely diverse cast.

It has introduced us to some proper characters, who we love…

Maddy’s detective work has proved to be hilarious…

Maddy has been the cause of a few of the arguments in The Traitors and she’s already stumbled into guessing one of the traitors. I’m fearful… pic.twitter.com/DvhsDbcuQh

BREAKING: Sheridan Smith to play Maddy from The Traitors in Undercover Actress, a three-part ITVX drama about her high-stakes journey on the show. pic.twitter.com/6HApPlZGkd

OMG Amanda asking Wilfred what’s on the flag of Wales and telling him that’s what he’ll get if he throws her under the bus is possibly one of my top tv moment ever!!! 😍🏴😍🏴😍🏴😍

Plus plenty of tears…

Everyone has thoughts about the contestants’ game play

And it’s been giving us all inspiration…

As well as some serious flashbacks…

All other reality TV has now been murdered by The Traitors…

The love island fire pit is dead compared to the traitors round table, and the married at first sight dinner parties? Hold Claudius breakfast! #TheTraitors

The Traitors airs Tuesday to Thursday at 9pm on BBC One, with all episodes available on BBC iPlayer.