2018 World Cup India gives 27,000 free tickets to avert tournament embarrassment’ India gave away 27,000 tickets for the opening games of the Under-17 World Cup in New Delhi on Friday in a bid to avoid the embarrassment of empty stands when Prime Minister Narendra Modi attends, an official said. 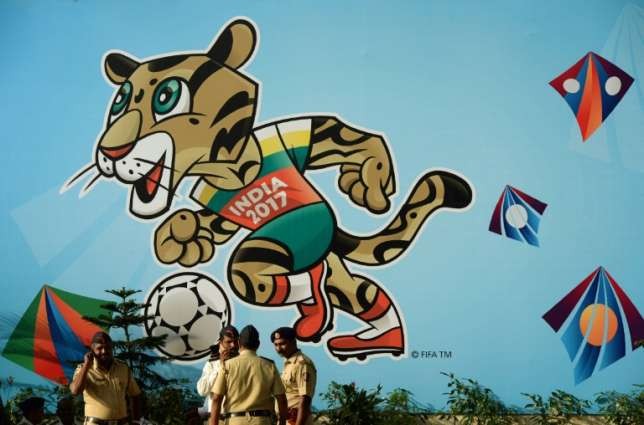 India gave away 27,000 tickets for the opening games of the Under-17 World Cup in New Delhi on Friday in a bid to avoid the embarrassment of empty stands when Prime Minister Narendra Modi attends, an official said.

Thousands of children filled the Jawahar Lal Nehru Stadium to boost India’s first major sporting event since the 2010 Commonwealth Games, which was marked by vast open spaces in stadiums.

Sales for the youth World Cup have been disappointing despite the presence of Brazil, Spain, Germany, England and other top teams.

India lost their opening encounter against the United States 3-0 at the 56,000-capacity Nehru Stadium, with Modi watching the first few minutes of the game.

“We have given away 27,000 tickets to schools around the Delhi region and will also provide pick and drop facility. It will be embarrassing for us if the stadium looks empty,” an organising committee member told AFP on condition of anonymity.

School children and local fans cheered as two-time champions Ghana edged past Colombia 1-0 in the first game of the day in Delhi.

“It is a relief to see such a good atmosphere. One is always jittery on the first day of a tournament, but as they say, well begun is half done,” said a FIFA official.

The event, which runs until October 28, has been dogged by fears over India’s pollution. Greenpeace issued a report that said the poor quality of air in India’s cities poses a “serious health risk” to players and spectators.

Twenty-four nations are competing in the event, which is being held in New Delhi, Mumbai, Goa, Kochi, Guwahati and Kolkata.

Greenpeace said all six cities “share dangerous levels of air pollution” but singled out New Delhi as the venue with the highest risk.

“Air pollution levels during the Indian tournament could be significantly worse than during the 2008 Beijing Olympics,” the report warned.

India’s capital will host its last game of the tournament on October 16, just before pollution levels spike around the Diwali festival, when Hindus celebrate by setting off huge amounts of fireworks.

Media reports said matches were deliberately kept out of Delhi after October 16 because of pollution fears.

India’s Supreme Court has ordered authorities to take precautions ahead of the festival, and measures under consideration include pulling some cars off roads and closing polluting industries.

World Cup organisers did not comment on the Greenpeace report.