2 years into the pandemic, why aren’t all retail workers getting N95 masks? 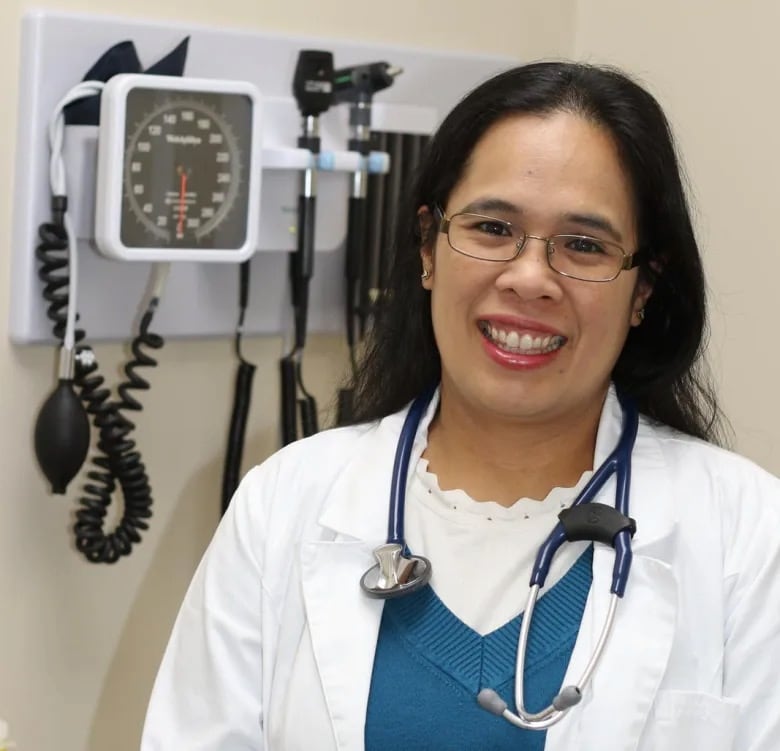 Since Omicron changed the nature of the pandemic, regulations to protect some workers have changed, too. For example, most front-line health-care workers in Ontario now have to wear N95-style masks, which filter out the vast majority of dangerous coronavirus particles.

However, many other industries that deal with the general public on a regular basis have been slow to adapt as quickly as the virus, leaving the people who work in them with less protection than they could have.

For the most part, grocery stores do not mandate the widespread use of N95 or equivalent masks, despite mounting evidence that cloth masks and other inferior options do little to slow the spread of the wildfire that is Omicron.

“I believe that everybody who is interacting in an indoor space should be in an N95 mask or equivalent,” said Anna Wolak, a family physician and member of a group called Masks4Canada that is pushing for more widespread availability and use of tools such as rapid tests and better masks for all.

In an interview, Wolak said Canada’s impressive vaccination campaign is a valuable tool in managing and hopefully one day beating the pandemic, but Omicron is showing that we can’t be solely reliant on it.

“This certainly needs to be in place before the next variant comes in so that we can be better prepared and not be caught up as if we were back in March 2020, which is what this feels like.”

While Omicron has prompted another surge in demand that has made N95 and equivalent masks a little harder to find again, prior to the current wave they were readily available.

“The government needs to make sure that every Canadian has access to this and an equitable distribution of masks would go a long way to achieving that,” she said.

London Drugs is one major retail chain that sees the value in them. Like many other retailers, the Vancouver-based chain of nearly 80 pharmacies across Canada has implemented a mandatory masking policy in store since the start of the pandemic, but over time, the chain upgraded its requirements for the types of masks it would use “when the science kept evolving,” company president Clint Mahlman told CBC News in an interview.

Since last summer, the chain has made N95s and similar masks known as KN95s made with the same materials available and mandatory for all of its staff, whether in store or at head office.

“It’s very clear this is a prudent and precautionary approach we are taking,” Mahlman said.

The chain sells them to customers in store, too, he said.

Under ideal conditions, N95 and KN95 masks filter out more than 95 per cent of microscopic particles from the air. KF94, a Korean mask standard, is also seen as equivalent and filters more than 94 per cent. Known as respirators in the medical community, they are made with similar materials, and experts agree they provide comparable levels of protection when used properly.

In the early days of the pandemic, demand for N95-style masks far outstripped supply in Canada, which prompted health officials to ask Canadians not to use them, so they could be available for health care workers. But that’s no longer the case, so there’s no reason to not use them more widely, said Mahlman.

“Things are very different today there’s lots of local Canadian manufacturers that we can acquire masks from fairly easily,” he said. “That availability is a game changer at this point in the pandemic.” Clint Mahlman, president of London Drugs, says it was difficult to procure N95 masks in the early days of the pandemic, but those supply problems have mostly disappeared so they make them available now for all staff, and for customers to purchase. 0:25

CBC News reached out to some of Canada’s biggest retail chains, including grocers Loblaws, Metro and Sobey’s, along with home improvement retailers Rona, Lowe’s and Home Depot. All companies gave similar explanations of the same sentiment: their mask policies for employees abide by all local health regulations, and while N-95s are available for some of their staff on request, they are not mandatory for anyone.

Many provinces, including Ontario, British Columbia, Alberta and Quebec require masks to be worn in all indoor public spaces, including retailers, but none of those provinces specify the type or quality of face covering. Indeed some provincial regulations still allow for cloth masks, which Dr. Wolak says are “basically just face decorations now.”

Some provinces do stipulate that medical grade N95 masks must be made available for certain workers in health-care facilities and long term care homes, but grocery stores and other retailers are exempt from such requirements.

While many big retailers are not implementing blanket new masking policies, some smaller retailers have. Dean Robev is the senior manager of store operations for Toronto-based Summerhill Market, which owns a handful of stores in and around the city.

The company recently implemented a mandatory masking policy that would see all of the company’s nearly 400 staff get KN95 masks, to be worn whenever they are on the premises.

“We feel it’s important that our employees and customers know we are taking this seriously and using the highest grade of mask available to us,” said Robev.

To make sure they had enough, the chain recently purchased roughly 10,000 KN95 masks, at a cost of roughly 31 cents per mask. The supplier has advised the company that they are currently sold out and whenever they have stock in again the price will be closer to $1 apiece, but either way Robev says it’s money well spent.

“I hear it from customers as well, when they see us wearing these masks, they’re excited that we are taking this as serious as we are and they feel safe coming to our stores,” he said. The masks have helped the stores to better navigate staffing shortages by keeping employees safe and able to work, he said.

Retail workers who get them certainly appreciate them. Rechev Browne faces more than his fair share of members of the public on his 45-minute bus commute from his home north of Toronto to his job at a grocery store west of the city.

As Canada’s vaccination campaign ramped up, he says he noticed some complacency creep in when it comes to other COVID preventative measures. “Customers have forgotten about the whole social distancing thing,” he said in an interview. “It can be scary to come into work — I’m not my normal self.”

He works at a Loblaws-owned store, so he was being given two surgical-style masks at the beginning of every shift. But last week, his manager handed out a box of N95s to every employee.

Browne and other retail workers have borne more of the brunt of COVID exposure than most, and while he says he’s grateful for the high quality masks he now has, the thing that’s really helping him get through the current wave is positive thinking.

“I’m just constantly reminding myself that nothing lasts forever,” he said. “This, too, shall pass, no matter how frustrating this seems.”