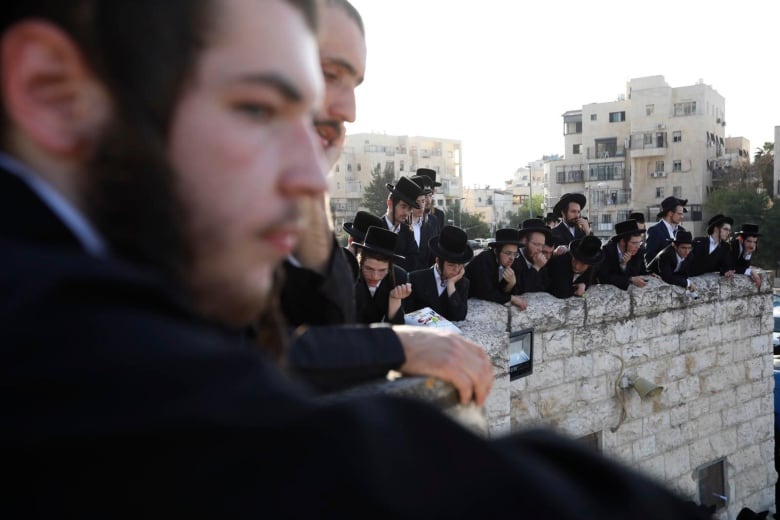 Two Montrealers were among those killed in a stampede during a religious festival in northern Israel, prompting an outpouring of grief from the local community.

The incident took place at a Lag BaOmer event in Mount Meron on Friday that was attended by tens of thousands of ultra-Orthodox Jews. It left at least 45 people dead and about 150 injured.

“We are shocked and deeply saddened by the tragic loss of life at Mt. Meron in Israel during what should have been a joyous celebration of Lag BaOmer,” said Nikki Holland, president and CEO of the Jewish Federations of Canada-UIA.

“Our hearts are broken for the many families who lost loved ones — including at least three Canadians — and we pray for the swift recovery of the many injured.”

“We are wholeheartedly with the Jewish community of Montreal,” she wrote on Twitter. “Our thoughts are with the families and loved ones of the victims.”

The Consulate General of Israel in Montreal identified one of the victims as Shraga Gestetner. While Gestetner was born in Montreal, he lived most recently near Monsey, N.Y.

“With a heavy and sad heart, the news of the death of Montreal resident Shraga Gestettner z’l was announced this morning in last night’s terrible disaster in Meron.<br><br>Unfortunately, many of his family members will not be able to attend the funeral

Dovi Steinmetz, 21, has also been identified as a victim by Lionel Perez, a municipal politician in Montreal.

Perez said his son was close friends with Steinmetz.

“Dovi was such a loveable individual,” Perez said. “Always trying to be helpful.…  Someone that everybody would love to have as a neighbour and as a son. When tragedy hits, it reminds you of how fortunate we are as individuals and wishing that such sorrow and agony is never felt by any family.”

The stampede began when large numbers of people trying to exit the site thronged a narrow, tunnel-like passage, according to witnesses and video footage. People began falling on top of one another near the end of the walkway as they descended slippery metal stairs, witnesses said.

Global Affairs Canada did not immediately return a request for comment.