Despite allegations of sex abuse, a police investigation and an arrest, child welfare officials allowed children to remain in the home of a foster father who is now convicted of sex crimes against foster children.

“It’s unbelievable to me. It’s just negligence, pure negligence, leaving the child there. They should have all been removed,” said Assembly of Manitoba Chiefs First Nations family advocate Cora Morgan.

“Any allegation of sexual abuse, all the children should have been taken.”

CBC News has learned a foster father accused of sexual abuse against four of his foster daughters continued to live with two of the girls in the month following the start of the police investigation.

The girls, who cannot be named due to a publication ban, will be referred to in this story as Girls A, B, C and D.

Girls A and B — two young adults who had already moved out of the foster home — first reported abuse to Winnipeg Police Service in December 2016.

The foster father pleaded guilty in March 2018 to abusing Girls A and B over a a six-year period starting in 2008. Court heard he progressed from fondling to oral sex to intercourse. He is awaiting sentencing.

The foster father is currently before the courts, facing numerous sex abuse charges in relation to Girls C and D.

Winnipeg police said it notified All Nations Co-ordinated Response Network (ANCR), the  Child and Family Services (CFS) agency tasked with investigating child abuse, and another unnamed CFS agency at the onset of the investigation in December 2016, adding “all protocols were followed in this case.”

The First Nations family advocate says child welfare agencies have a very clear protocol to follow after the police alert them.

“The agency should go in and automatically remove those two children,” Morgan said, adding an investigation by ANCR should ensue in addition to the police investigation.

“And the children should be placed in another facility or group home environment,” Morgan said. 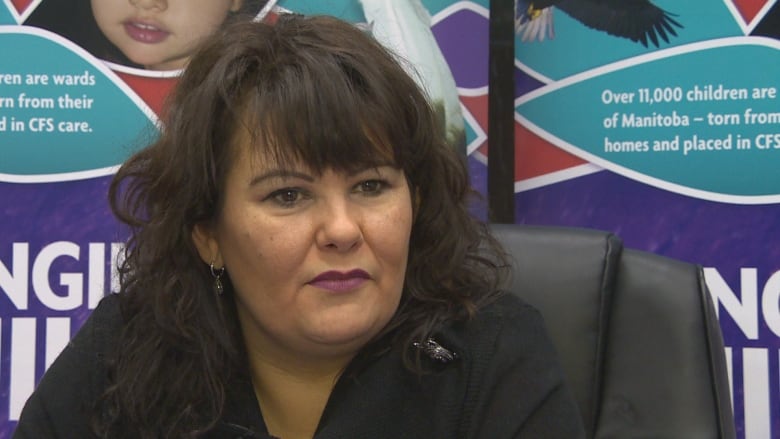 Instead of being placed in another home, the two foster girls were taken out of the country by the foster father and his wife, based on public photos.

Posts on social media show the two foster daughters with the foster father and his wife on a family vacation to the country where he was born. They took off approximately two weeks after the first police report in December 2016 and returned to Canada in early January 2017, according to the posts.

Foster children are only allowed to leave Canada when the guardian CFS agency consents, according to a provincial spokesperson.

When the man was arrested in February 2017, the Crown indicated he posed a flight risk, and he was required to turn in his passport. In a subsequent hearing, court was told the foster father has extensive international ties that stretch from Europe to South America, the United States and Mexico.

The earliest Child and Family Services involvement, based on court records, was in mid-January 2017, a month after Girl A went to police.

“On Jan. 13, 2017 the accused was advised by CFS, due to an ongoing investigation he was not permitted to have contact with children,” said Crown counsel Andrew Slough.

The foster father’s defence lawyer said the man moved out “voluntarily” at that point because the agency was threatening to take the foster children, court heard at his initial bail hearing.  He was granted bail on Feb. 14, 2017 with conditions that include not being alone with anyone under 16 and living at a separate address from his wife and foster children, but he was not barred from going to the home.

Court later heard that foster children remained in the home with his wife until May 2017. 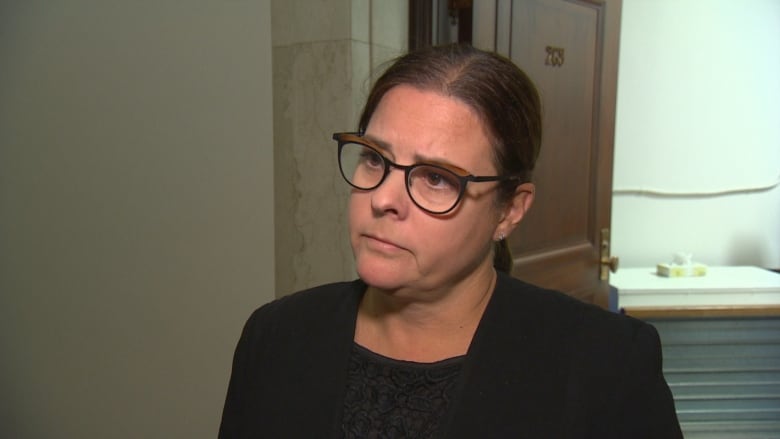 Families Minister Heather Stefanson said she is monitoring the situation but did not specify what this entails. (Trevor Brine/CBC)

“In all cases of alleged abuse, the immediate response is to ensure the safety of known victims and reduce safety risks to other children,” said a provincial spokesperson for the Department of Families.

Safety is ensured by supervision, having a protective parent, creating boundaries, restricting access and providing direction to caregivers, the spokesperson said.

It is not clear when safety measures were first taken, as court records may not reflect all safety planning done by CFS.

Minister of Families Heather Stefanson refused to comment directly, citing privacy and the continuing court process. She directed questions to the CFS authority, which her department funds and oversees.

“The province has been made aware of this disturbing case and we are monitoring the situation closely,” Stefanson said in an emailed statement, but she would specify neither what monitoring entails nor when monitoring started.

An agency under the Southern First Nations Network of Care authority was in charge of the foster home, according to Debbie Besant, CEO of the General Child and Family Services Authority.

Southern First Nations Network of Care CEO Tara Petti refused to say what actions she’s taken, citing confidentiality. She oversees 10 CFS agencies including the one that licensed the foster home and ANCR, the agency Winnipeg police said it notified after Girl A disclosed abuse.

“Agencies have the authority to assess the situation and complete safety planning to support children from being disrupted in their homes when that is appropriate,” Petti said in an emailed statement.

He was supposed to be their father and he grooms them and rapes them over a several-year period.— Crown attorney Andrew Slough

Girls A and B were nine and 11 when they moved into the suburban Winnipeg home of the man and his wife in 2008, Crown attorney Andrew Slough said at a bail hearing on Nov. 24, 2017.

“We have young women who were placed in his care. He was placed in a position of trust over them. He was supposed to be their father and he grooms them and rapes them over a several-year period,” Slough said. 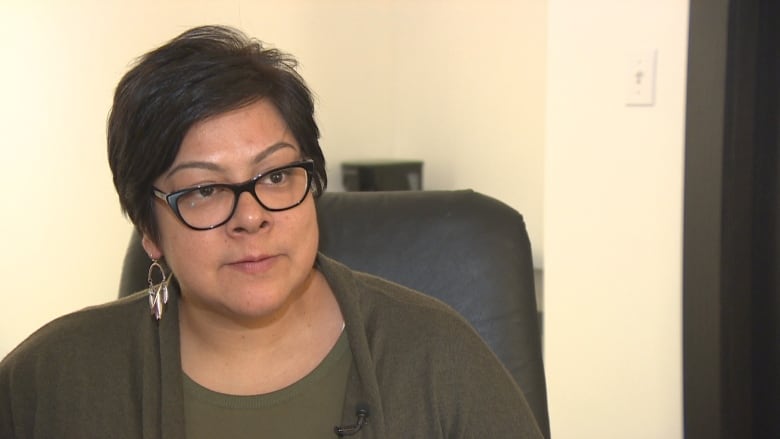 “He told [Girl B] that he wanted to save her virginity for her husband,” Slough said.

Girl A estimates he had intercourse with her 300 to 600 times, according to Slough.

Slough told the court the foster father built a large shed with a mattress where he would have “sleepovers” with the victims.

One of the victims said the abuse halted for two months after the foster father felt bad “because God is watching,” Slough said. He said the abuse continued until they moved out. 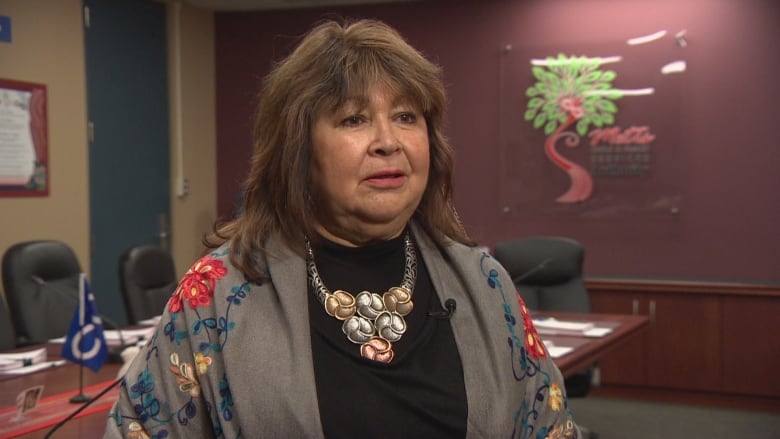 Billie Schibler, CEO of the Metis CFS Authority, says her authority is reviewing internal processes for quality assurance but would not specify what this involves. (Trevor Brine/CBC)

Metis Child and Family Services Authority CEO Billie Schibler would not confirm the girls were under the care of one of its agencies, but she did say the authority is reviewing internal processes for quality assurance. She would not specify what the review entails or when it will be complete.

The foster father is scheduled to appear in court for a preliminary hearing on the charges related to Girls C and D on July 3. A request for comment to the foster father’s defence lawyer did not receive a response.