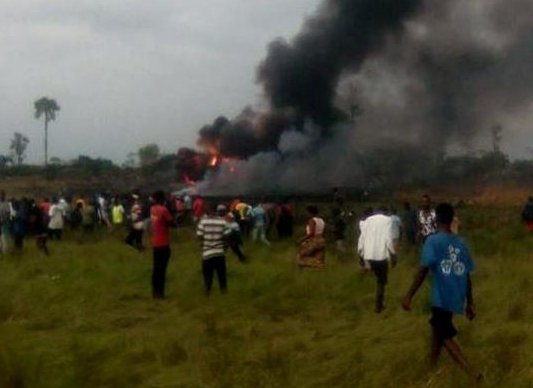 Congo’s defense minister has confirmed that a military cargo plane crashed in the country’s capital Kinshasa this morning killing all 12 crew members aboard.

“I confirm that a military aircraft crashed this morning. All 12 members of the crew died” said Defense Minister Crispin Atama Tabe.

According to an army officer who witnessed the incident, the cargo plane caught fire shortly after taking off from Kinshasa’s N‘djili Airport and crashed in a nearby reserve controlled by the military’s elite Republican Guard units.

The officer said that there were both Congolese and foreigners among the dead. An agent at Congo’s aviation agency, also speaking on condition of anonymity, said the plane was an Antonov 12 destined for the eastern city of Bukavu.