10 weather stories that made 2021 a year like no other 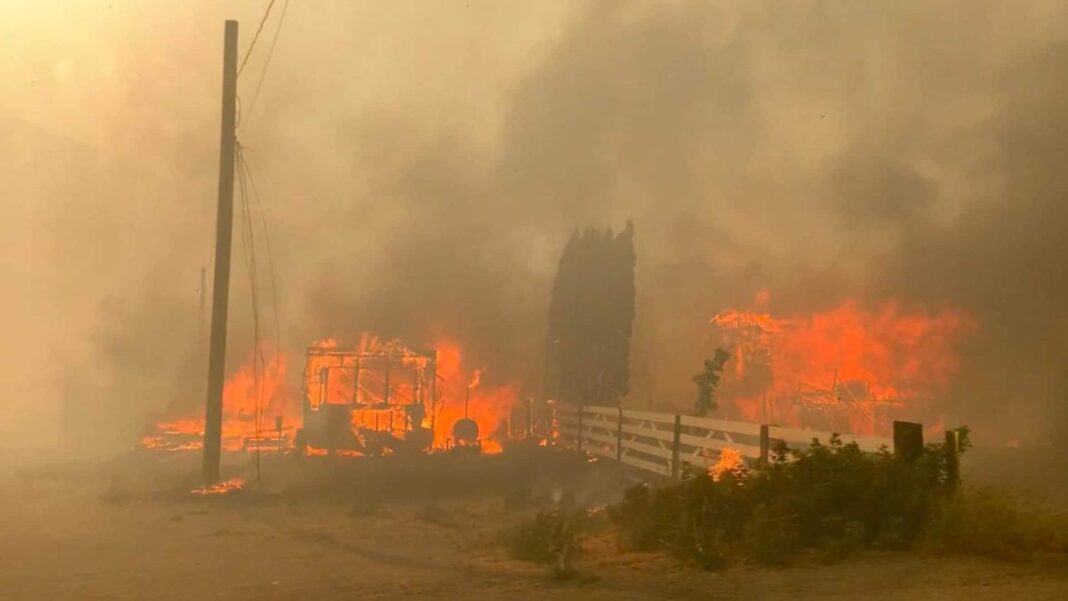 Environment Canada has released its Top 10 weather stories for 2021 — a year that its senior climatologist Dave Phillips calls the “most destructive, the most expensive and the deadliest year for weather in Canadian history.”

Though this is the 26th year that Phillips has created the list, he said: “No year compared to this year.”

“The events are bigger and badder and more impactful now than they were just 20 years ago,” he said.

While scientists have been raising the alarm over climate change for decades, in the past, it has appeared gradual, subtle and distant, Phillips said. “I think this is the year that Canadians saw it firsthand.”

The trend over the past 26 years also shows this is a preview of what we need to expect more of and adapt to, he said. “I think that we need to consider this as a dry run, a dress rehearsal, of what we’re going to see more of in the future.”

British Columbia bore the brunt of the weather events, experiencing both the Top 2 and half of the overall events.

“The province was baked, dried out, scorched, flooded and inundated with mud, rock and debris flows,” said a statement accompanying the Top 10 list.

“It truly was an endless parade of misery, hardship and misfortune for them,” Phillips added.

But there were some notable events in other provinces, too, from powerful tornadoes to a record-breaking wildfire season. Here’s a look back at them, using the nicknames Phillips has given each one.

1. Record heat under the dome

On June 28, 2021, Lytton, B.C., smashed the Canadian record-high temperature of 45 C for the third time in a week, hitting 49.6 C. The same week, 90 per cent of the village burned to the ground in a wildfire, killing two people. 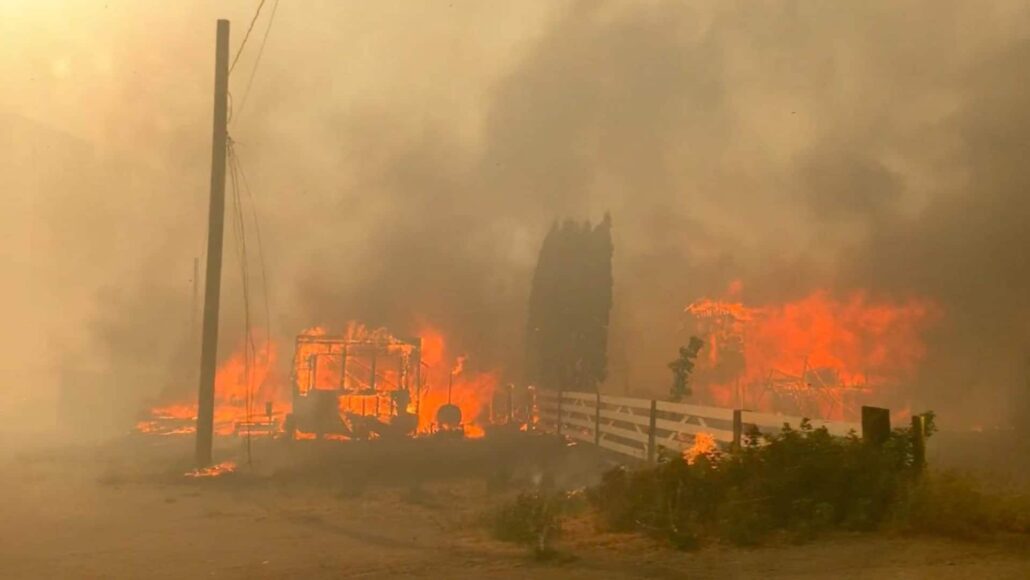 Lytton, B.C., evacuated after wildfire moves in after heat wave

Residents of a village in the B.C. Interior have been told to evacuate after wildfires swept in following a record-breaking heat wave. 3:32

While that represented some of the extreme impacts of the “heat dome” that cooked B.C. for 11 days in late June, the event also broke more than 1,000 daily temperature records across the Northwest and killed hundreds of people.

“Owing to the extraordinary early summer heat and drought, British Columbia suffered the deadliest week of weather in Canadian history,” Phillips said in a news statement.

Overall, 595 people died of heat-related causes over the course of the summer in B.C. alone., with 231 of those deaths recorded on June 29.

That was notable, even in the context of climate change, said Phillips. He expects weather events to be more expensive and more impactful — but not necessarily more deadly. “This year was really something from that point of view.”

In mid-November, an “atmospheric river” dumped more than 200 millimetres of rain on parts of British Columbia within 48 hours, putting entire communities underwater and forcing more than 17,000 people to evacuate their homes. The rain triggered mudslides that killed five people and stranded more than 1,000 others, as they severed and blocked every major highway connecting B.C.’s  Lower Mainland to the rest of the province.

“It’s likely the most expensive disaster in Canadian history because of the cost of repairing and rebuilding infrastructure, the lost opportunities, the business failures, the insurance losses,” said Phillips, although he suspects that could take years to verify.

3. Canada dry from coast to coast

Environment Canada says southern regions from B.C. to the eastern Prairies and Northwestern Ontario faced one of their driest summers in 75 years, with many places getting less than half the normal rainfall during the past growing season.

“What made the drought extraordinary was that the dryness was so widespread, severe and long lasting,” it said in its statement.

WATCH | Prairie farmers could be dealing with the worst drought in history: 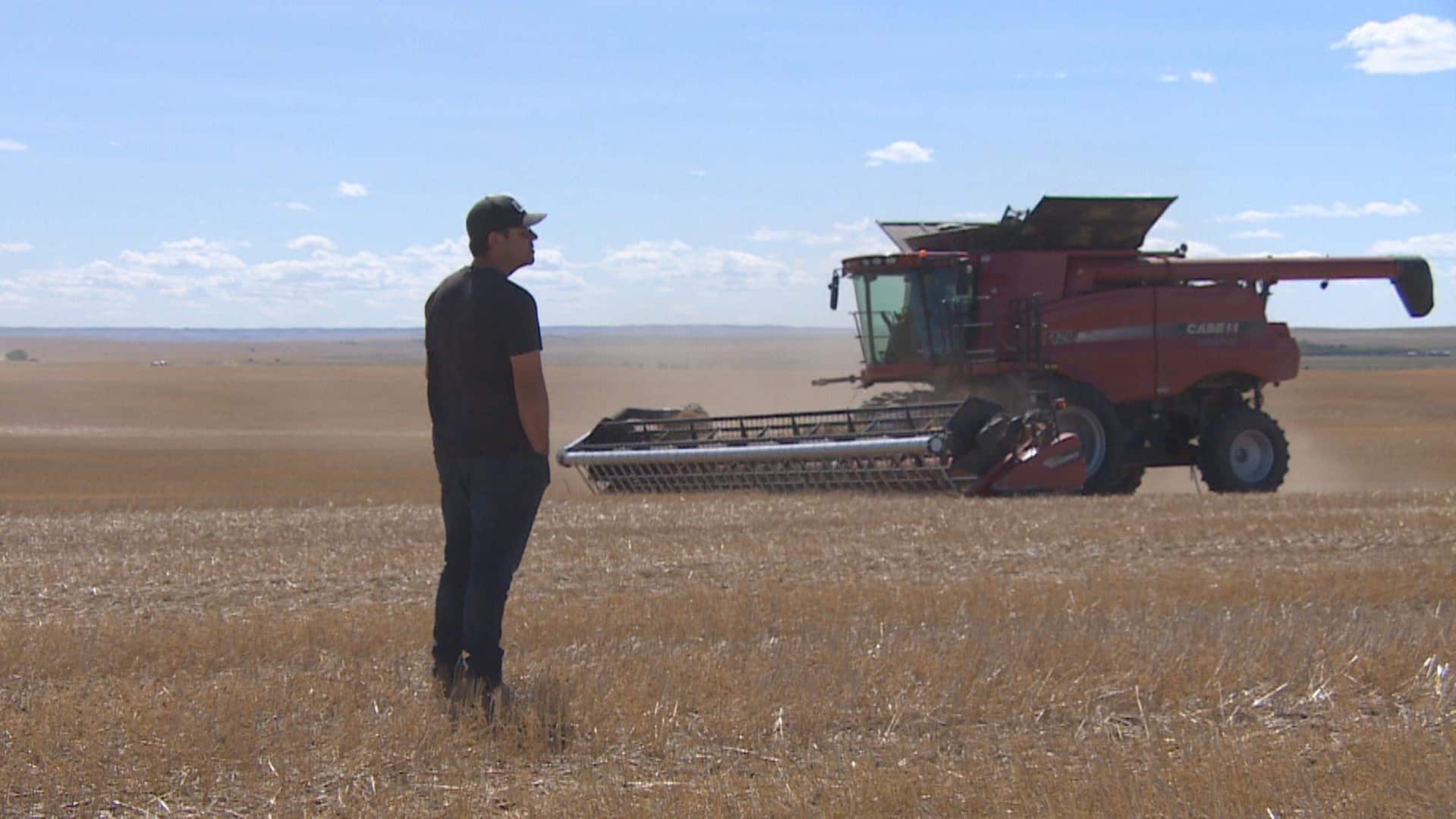 Prairie farmers are experiencing what is shaping up to be the worst drought in Canadian history. Lack of rain, coupled with heat and wind, has resulted in the worst yield these farmers have ever seen. Some say they’re resilient enough to overcome this, but the effects of widespread droughts are being felt across the global food chain. 2:04

Statistics Canada said Canada’s canola and wheat production was down more than 35 per cent as a result. By September, many ranchers said they were looking at culling their herds due to a sharp increase in the cost of feed.

This summer was Ontario’s worst wildfire season on record, which included the province’s largest-ever fire, which burned out of control near Kenora for nearly five months.

Across Canada, the season started a month early due to a record-dry spring and early melt of alpine snow, Environment Canada said. Overall, there were 2,500 more fires in 2021 than in 2020, burning 60 per cent more land than the 10-year average.

Phillips noted that B.C.’s wildfires helped set the stage for its fall floods.

“Because the ground was charred, it could not contain the rains that came,” he said, adding that there were multiple cases where, “climate enhanced extremes that we saw in the early spring and summer created the environment for the other climate change impacts to occur in a later season.”

The wildfires even impacted communities that didn’t experience them directly, such as Calgary, which faced 512 hours of smoke and haze despite a below-average fire season in Alberta.

“I think that’s what we’re going to see more and more, too,” Phillips said. “It’s not just something happening in your backyard. The impact of this is going to be brought from elsewhere. “

Besides the June heat dome in B.C., there were four other major heat waves across the country between the May long weekend and mid-August. Environment Canada reported. B.C.,  Alberta and Saskatchewan each experienced their warmest summers in at least 60 years.

Tornadoes with wind speeds between 180 km/h and 220 km/h — strong enough to rip roofs off houses and uproot 50 per cent of the trees in their path — receive a rating of two on the Enhanced Fujita scale.

While Environment Canada hasn’t finished counting, “the number of EF-2s were high, particularly in the east,” this year, Phillips said.

On June 21, a tornado killed one person in Mascouche, Que., for the first time in 27 years, and seven tornadoes ripped through Ontario on July 15, including a particularly destructive one in Barrie, just north of Toronto, that damaged 25 buildings and injured 11 people. 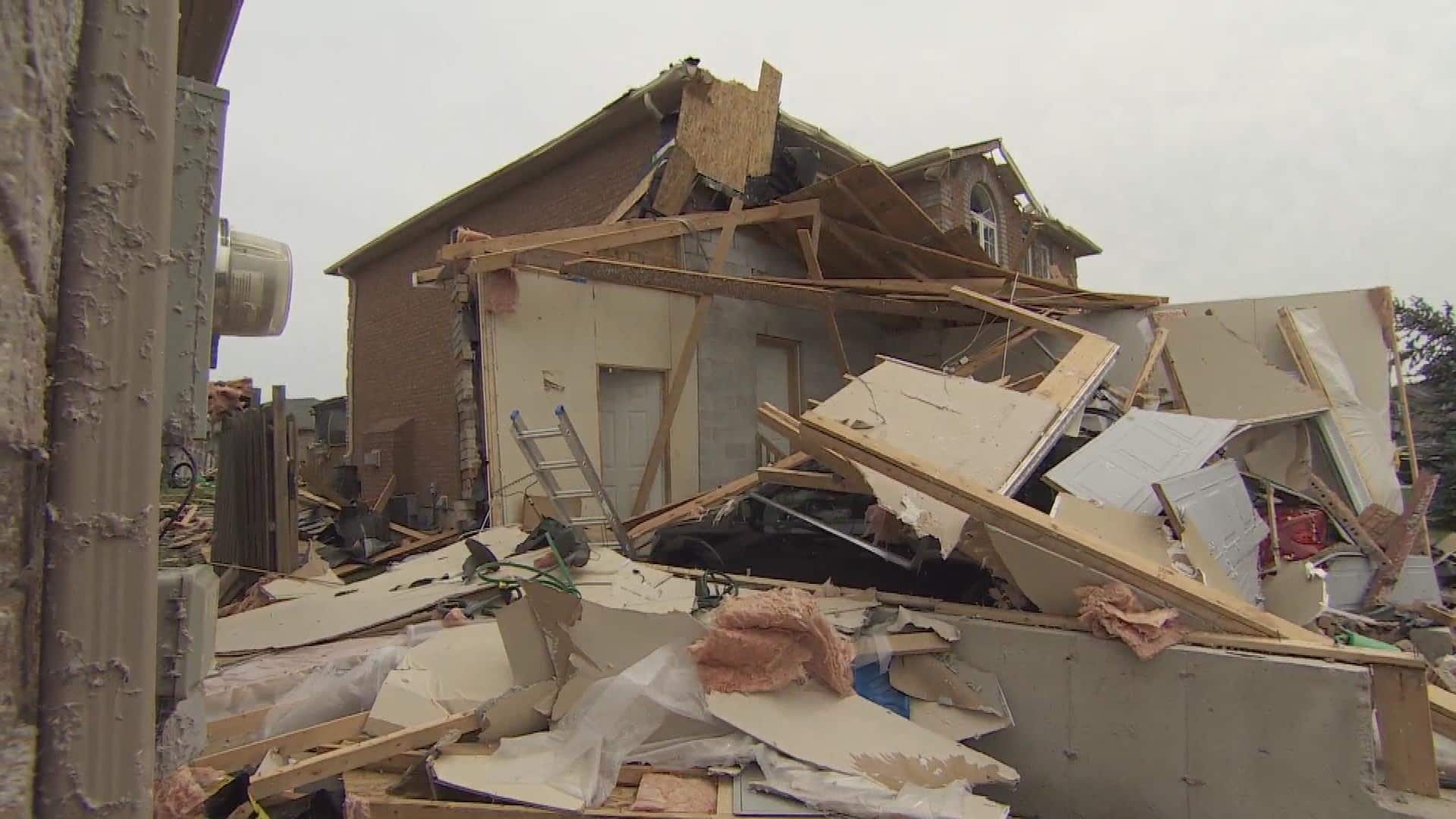 In November, Vancouver saw its first tornado in 40 years.

Meanwhile, the Prairies, which are normally a “hotbed” of tornadoes, recorded none over two months of summer, as the drought made it impossible to produce them. “It was just too dry, too sunny,” Phillips said.

While there was a lot of attention on extreme heat, there was a notable extreme freeze in the second week of February.

It broke more than 225 new daily records for low minimum temperatures, including –51.9 C in Wekweeti, N.W.T., the coldest temperature in Canada in four years.

WATCH | Polar vortex delivers frigid temperatures to much of Canada: 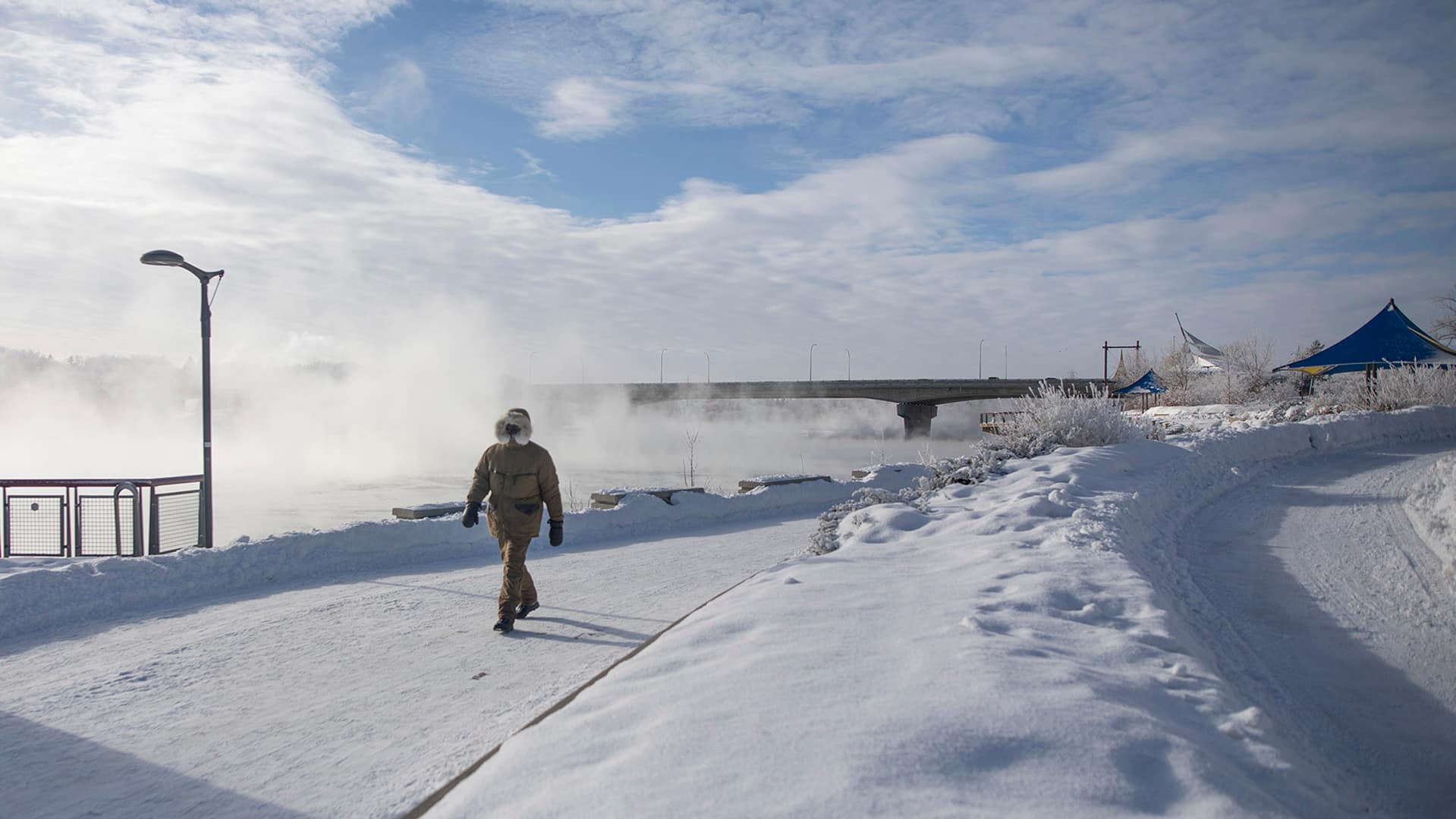 Polar vortex delivers frigid temperatures to much of Canada

A polar vortex is being felt across the Prairies, two months later than usual but the frigid temperatures were in between –40 C and –50 C in some provinces. Ontario is expected to be in a deep freeze later this week. 1:47

A Calgary hailstorm made it onto the Top 10 for the second year in a row. While this year’s event didn’t compare to the one that caused at least $1.2 billion in damage in 2020, the 50 millimetres of rain caused flash flooding in many areas and golf ball-sized hailstones dented many cars and houses and cracked windshields, generating nearly 16,000 insurance claims, Environment Canada reports. 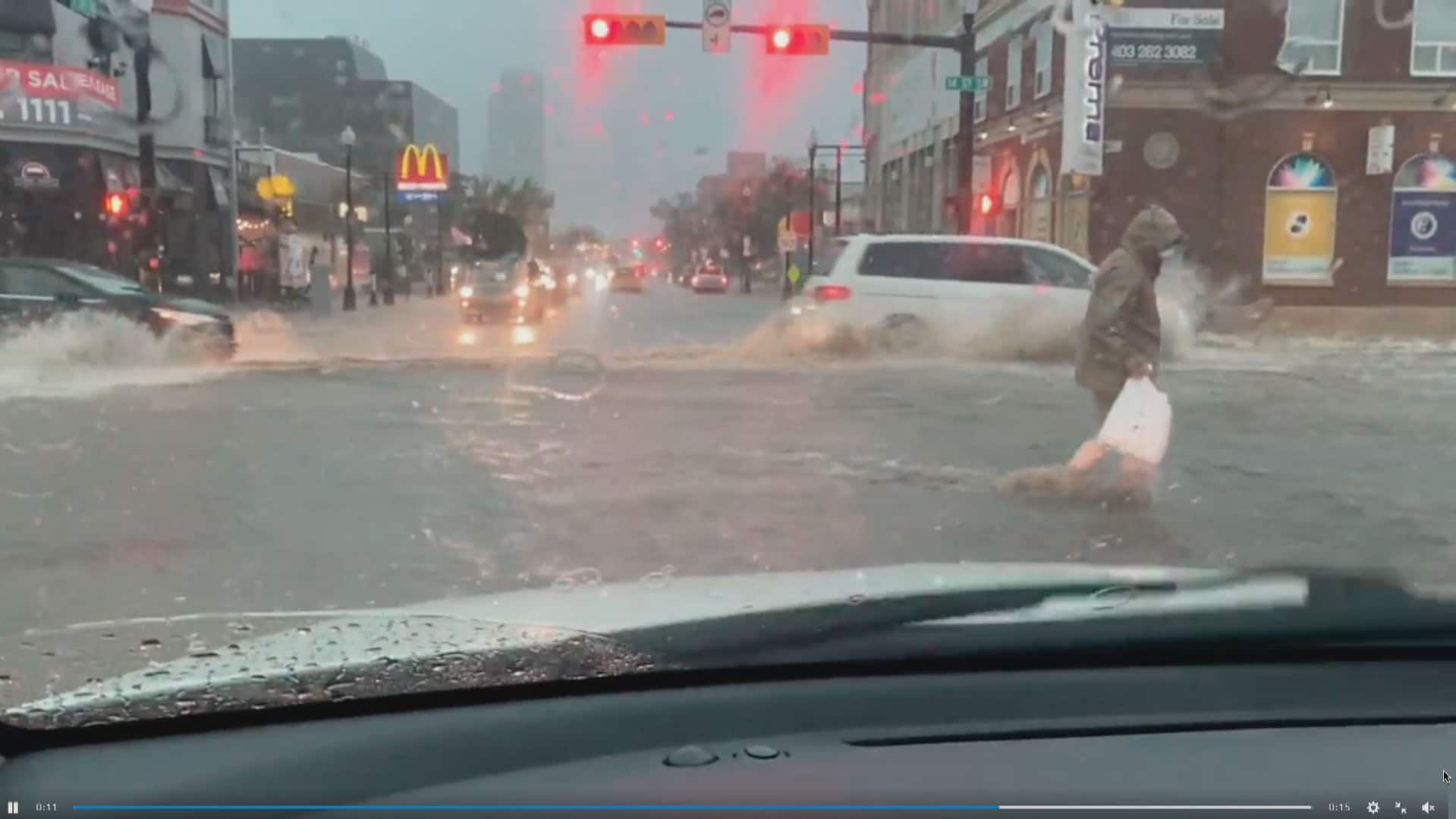 Hurricane Larry entered Canadian waters on Sept. 10 as a Category 2 hurricane, with sustained winds of 155 km/h. A day later, it made landfall as a Category 1 storm west of Newfoundland’s Avalon Peninsula, ripping the roof off a school and knocking out power to 60,000 customers. 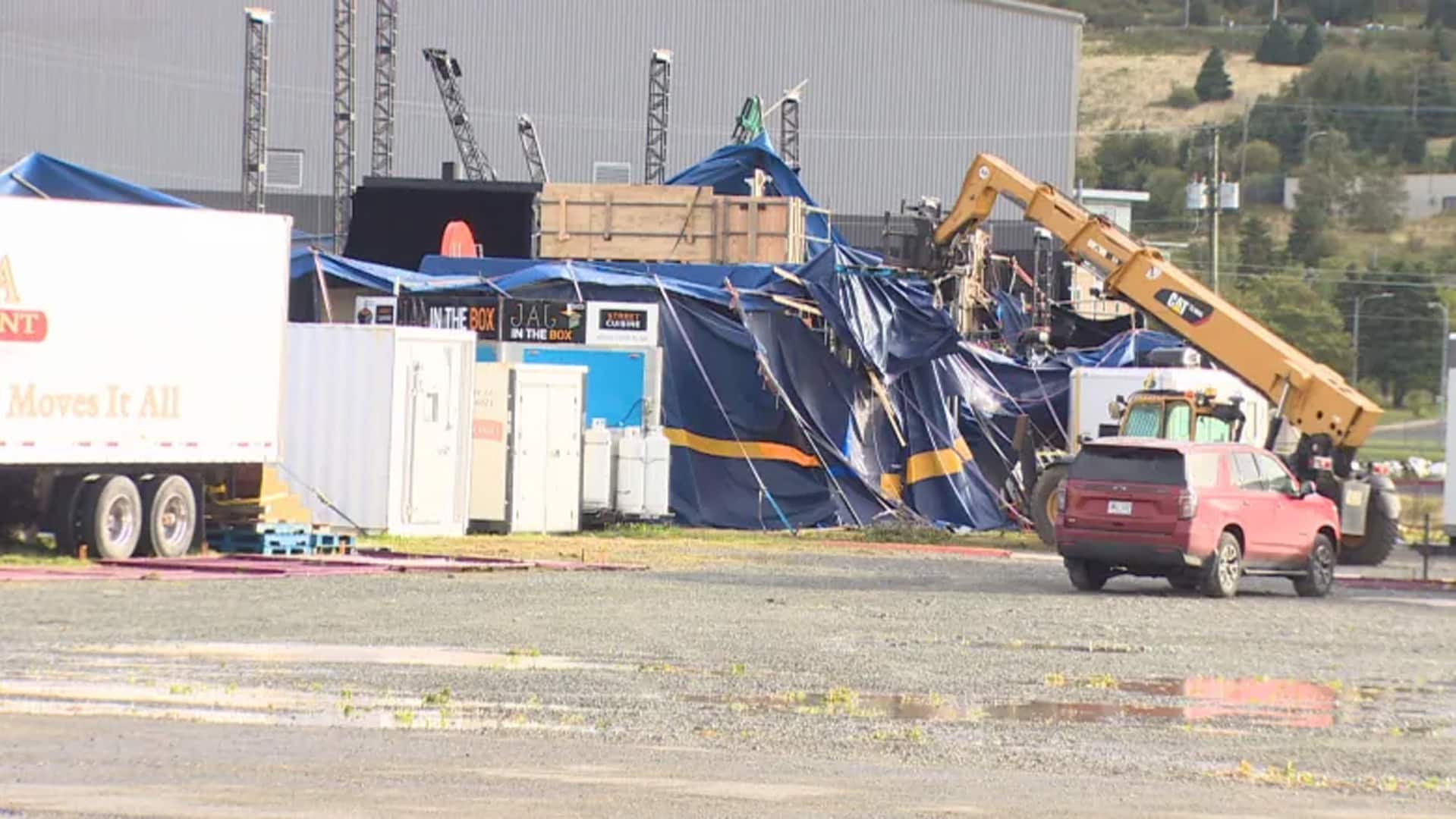 Hurricane Larry hit eastern Newfoundland overnight as a Category 1 storm, knocking out power throughout St. John’s and the surrounding area in a short, sharp wallop of heavy winds, torrential rains and an unexpectedly high storm surge. 3:01

The first notable weather event of 2021 rounds out the Top 10: intense winds that raced across the western Prairies in the second week of January.

Winds were recorded blowing at 161 km/h at Moose Jaw Airport in Saskatchewan. Winds of 137 km/h in Barnwell, Alta., and 143 km/h at Bratt’s Lake, Sask., were also among those that broke 13 January records.

“During the storm, so many anemometers blew away that undoubtedly many more records were set than were reported,” Environment Canada said.