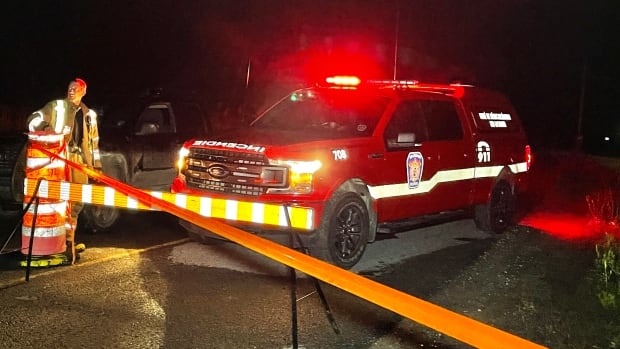 Four teens suffered life-threatening injuries Sunday in a crash during what police believe was a street race just east of Thurso, Que.

Police said Monday morning one of them had died.

According to police, one vehicle had veered off the road and ended up in a large ravine. The driver and three passengers, all minors, were rushed to hospital with critical injuries, SQ spokesperson Nicolas Scholtus said.

Police said Monday morning a 16-year old girl who was a passenger had died. They didn’t release her name. Two of the three other people in the vehicle were in stable condition at that time, according to the SQ.

Witnesses had reported two vehicles racing in the area a short time before the crash, police said.

Police said they’d spoken to the 18-year-old driver of the second vehicle, who was not hurt.