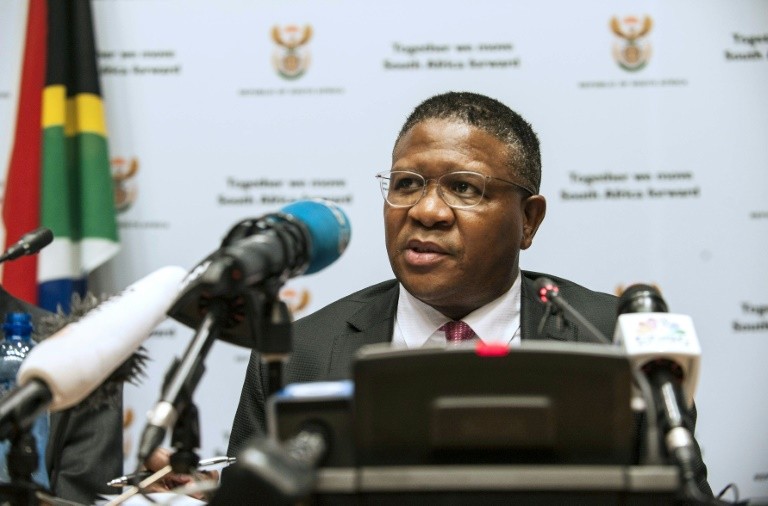 A CAF statement made the claim after its president met Zuma at the weekend ahead of the African Super Cup match in Pretoria between Mamelodi Sundowns of South Africa and TP Mazembe of the Democratic Republic of Congo.

The statement read in part: “He (President Zuma) thus assured his host (Mr Hayatou) of South Africa’s flawless support for his candidacy for a new term at the helm of the CAF.”

South African President Jacob Zuma (R) shows the paper Cape Verde to Confederation of African Football (CAF) Issa Hayatou during the final draw of the Africa Cup of Nations 2013 (CAN) in Durban on October 24, 2012. AFP PHOTO

Mbalula said the state president had not take sides ahead of the mid-March CAF presidential election in which Hayatou is seeking an eighth successive term and being challenged by Ahmad Ahmad of Madagascar.

“President Zuma wished Mr Hayatou well as he would any other candidate,” the sports minister said.

“Abiding by the principles of non-interference in the affairs of football democracy, President Zuma did not pledge his personal support or that of the South African government behind the name of Mr Hayatou.”

Cameroonian Hayatou was elected CAF president in 1988 and his 29 years in charge is a record for a leader of the Cairo-based organisation.

The 70-year-old has been challenged twice for the presidency, with rivals Armando Machado from Angola and Ismael Bhamjee from Botswana suffering humiliating defeats.

The 2017 CAF presidential election is scheduled for March 16 in Addis Ababa and the winner will serve a four-year term.