You must change for Italy future, Ventura advises Balotelli 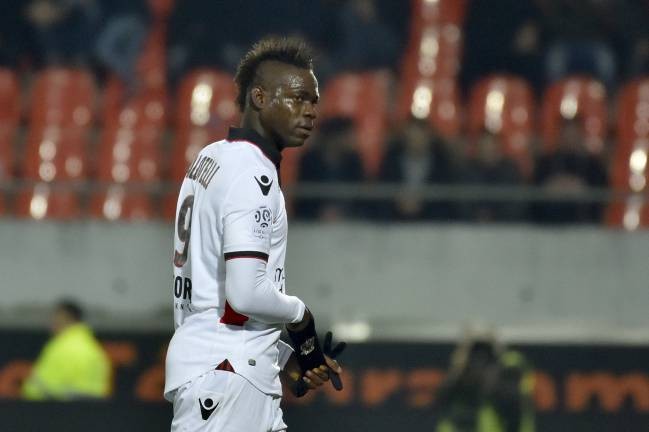 Mario Balotelli has “a choice to make” if he wants to resurrect his international career, Italy coach Giampiero Ventura said on Tuesday.

Ventura has never picked the controversial Nice forward since taking over the Italy reins following Euro 2016.

And even though the Azzurri are playing Uruguay in Nice on Wednesday, where Balotelli has just enjoyed a successful season, the notorious combustible striker will play no part.

“It’s not a technical problem, but something else,” said Ventura when asked why he hadn’t picked Balotelli.

“I’ve never coached him personally, but others have had problems with him.”

Ventura said he liked Balotelli and even spent time with him after watching the 26-year-old score in Nice’s 3-1 win over Paris Saint-Germain in April.

“I was clear, it was a three, four-hour meeting, very pleasant, we did a 360-degree tour of that question.

“Balotelli can’t just come back into the squad but must be a major player — he can’t just make up the numbers, he needs to be a reference.”

Ventura added: “In a World Cup year, Balotelli must make a choice.”

Balotelli has scored 13 times in 33 international appearances but hasn’t played for Italy since featuring in a 1-0 defeat to Uruguay that saw the Azzurri eliminated during the group stages of the 2014 World Cup in Brazil.

However, he was in fine form this season, scoring 15 Ligue 1 goals for Nice and helping the south coast club to finish third and qualify for next season’s Champions League play-off round — a first for the club.