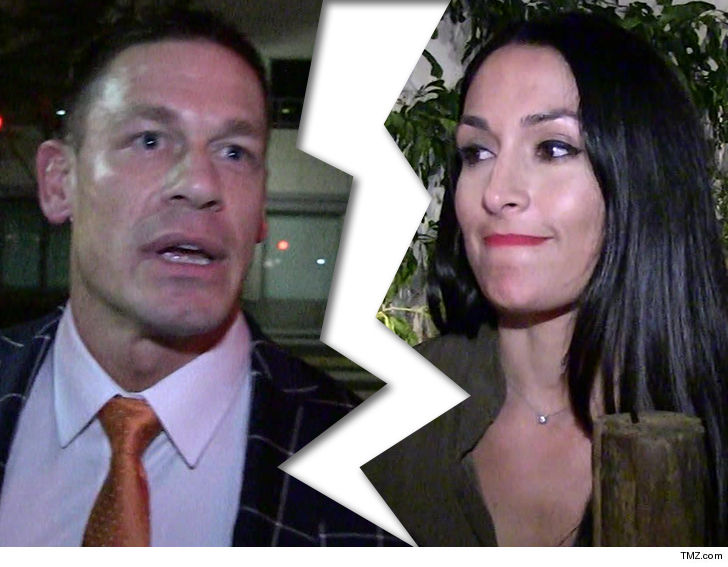 John Cena and Nikki Bella, who got engaged at last year’s WrestleMania, have separated after six years together.

The news was confirmed on a short statement on social media confirming the news in the early hours of Monday morning.

“After much contemplation and six years of being together, Nikki Bella and John Cena announced today their decision to separate as a couple,” the statement, posted on Nikki and Brie Bella’s Twitter account, read. 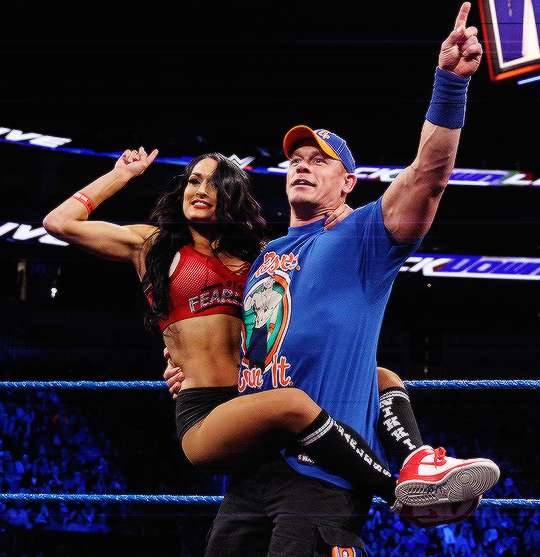 “While this decision was a difficult one, we continue to have a great deal of respect for one another. We ask that you respect our privacy during this time in our lives.” 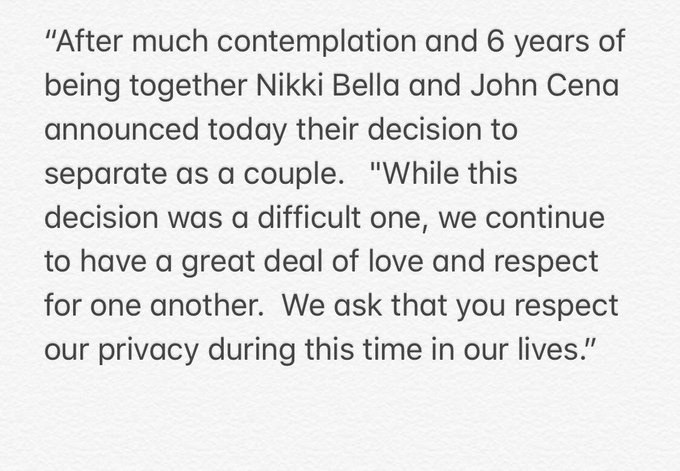 We love you all

Cena then posted a quote from American writer Walt Whitman: “Keep your face always towards the sunshine – and shadows will fall behind you.” 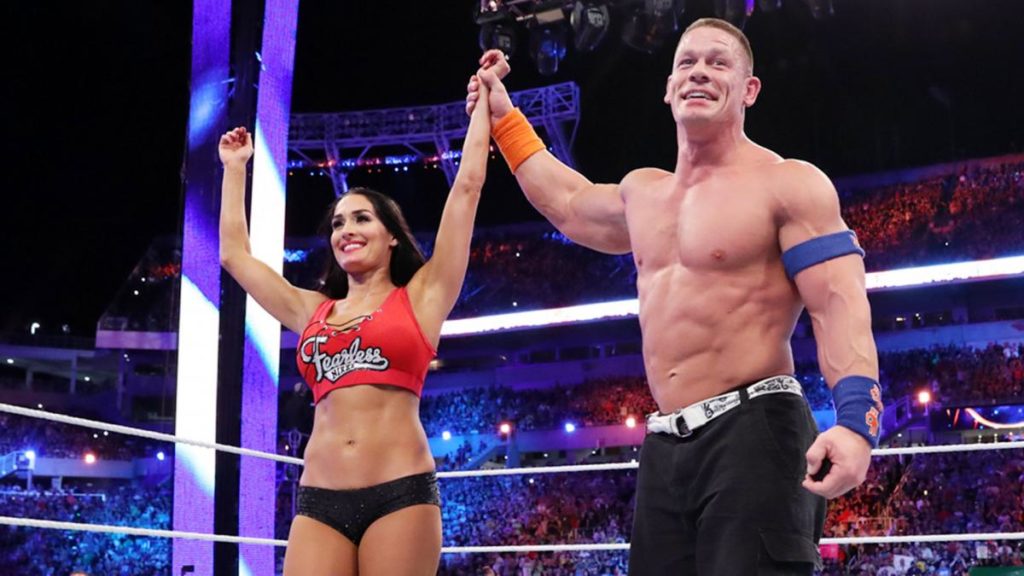 Cena’s proposal to Nikki Bella was one of the key moments during WrestleMania 33 and came after the pair had defeated The Miz and Maryse in a mixed tag match.

Cena appeared at the event this year, losing to The Undertaker in less than three minutes, while Bella’s most recent WWE appearance came at the women’s Royal Rumble in January, in which she was the final elimination by eventual winner Asuka. 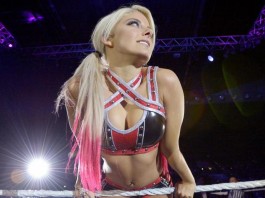 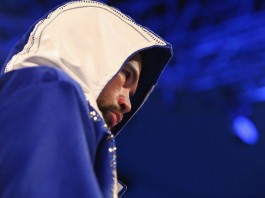 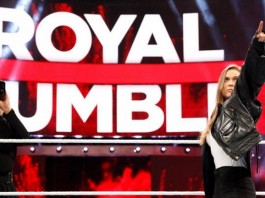 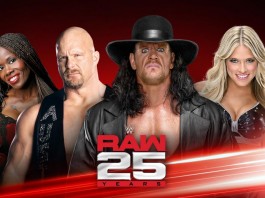 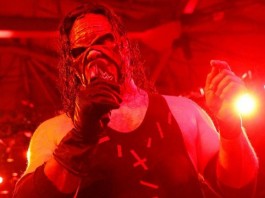