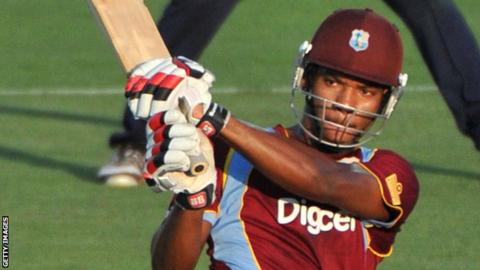 Opener Kieran Powell has been recalled to the West Indies squad for the forthcoming one-day series against England in the Caribbean.

The 26-year-old’s last ODI was against England in March 2014, and he was dropped from the squad later that year.

The left-hander attempted to switch to Major League Baseball during a break from cricket, but returned in 2016.

All-rounder Marlon Samuels, recently cleared to bowl following a ban for an illegal action, is not included.